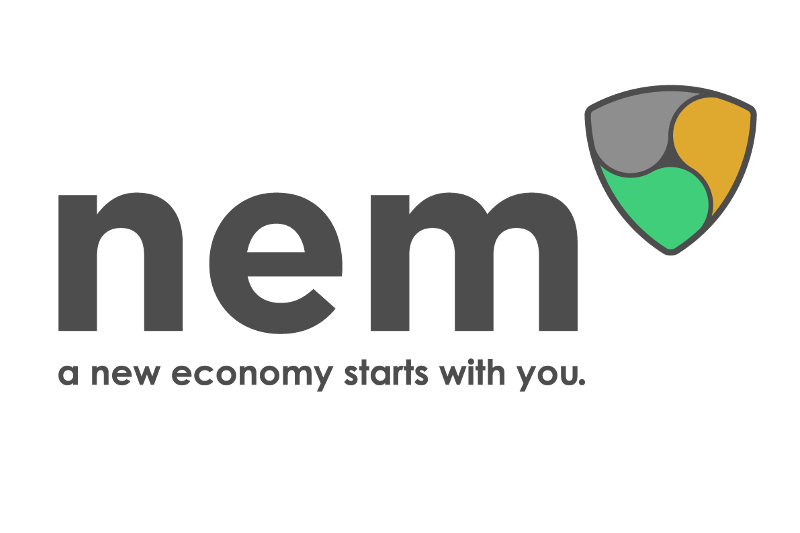 After the announcement of the critical situation for the NEM foundation, which has exhausted the funds allocated by the previous two-year plan, the community of the crypto is called to vote on a new funding proposal for 2019.

This involves the issuance of a considerable amount of tokens, 210 million NEM to be exact, or about $5 million, with which to pay for the development of the community throughout 2019, up until February 2020.

This effort is obviously required, although, other measures will be also put in place, such as the prospect of a 64% reduction in expenses and a 69% reduction in staff employed by the foundation.

In addition, the NEM Foundation undertakes to set aside, in the form of fiat currency deposited on bank accounts, any increases in the value of the cryptocurrency, so as to subtract these figures from the volatility and allocate them to strategic reserves and long-term investments.

A very conservative attitude that wants to mitigate the long-term problems that the high volatility of the NEM cryptocurrency can pose to the project, thus reducing the interference with the funding proposal for 2019.

Alongside this proposal, the foundation has published a general budget on how the money raised will be used, as shown in the image below. 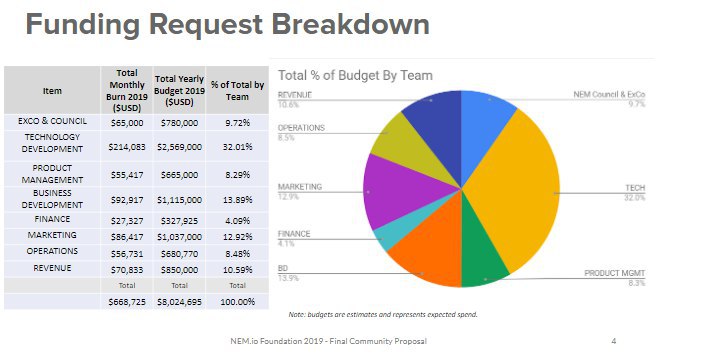 The bulk of the collected resources will be devoted to technological development, followed by commercial development and marketing.

The Nem foundation has in fact been strictly committed to a development that’s closer to the operational needs of possible businesses interested in the blockchain, concentrating the structure by product lines and no longer by geographical areas.

The vote will be preceded by 10 days of discussion in the various forums and chats of the currency, during which, in the first five, changes to the proposal can be made, while in the last 5 days it will become final.

The vote can be made through the Nano Wallet and the community has provided a guide for the vote.

Previous article Raised in Space: a partnership with Ripple's Xpring for the music industry
Next article Bitcoin and Valentine's Day. It's time for gifts