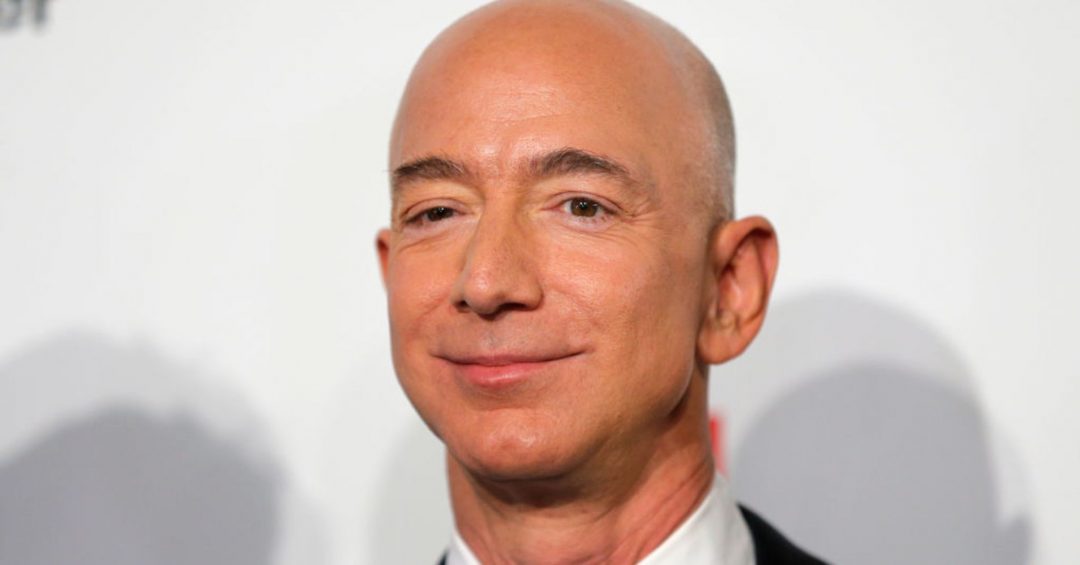 If Jeff Bezos had the Lightning Network Torch

What would Jeff Bezos do with the Torch Lighting Network in his hand?

The Lightning Network Torch project was launched by Twitter user hodlonaut a few weeks ago. The purpose of the “torch payment” passage is to generate interest around the parallel protocol for the bitcoin, showing its benefits.

– I send 100k sats with https://t.co/va7XSnFii0 to the first person I choose to trust that replies to this.
– That person adds 10k sats and sends 110k to someone (Either from reply to a new tweet, or this thread)

How many sats before it breaks?

The main advantage of the Lighting Network is that it allows faster and cheaper BTC transactions. Especially for the transfer of smaller sums of money, that the miners put in second place in the order of priority to the operations with higher rates.

For now, the goal of the social flashlight game has been fully met, but it lacks the leap in quality that only one person would be able to make: Jeff Bezos.

The richest man in the world has not yet been invited, but other prominent entrepreneurs and gurus of the crypto world are actively participating. A week ago it was the turn of Tron‘s founder and CEO, Justin Sun.

Before him, Twitter founder Jack Dorsey had taken the torch and – by participating publicly – he sponsored and made the experiment even more popular, which is currently in the hands of an 88-year-old lady. When the host of a podcast on the crypto, Matt Odell, sent the invoice to Dorsey, the chain had touched the 2 million 860 thousand satoshis.

Dorsey praised both the Bitcoin and the Lightning Network, showing that he appreciates the idea that one day users could be rewarded in satoshis for their tweets. Dorsey, according to whom “the bitcoin should become the currency of the Internet“, imagines a future in which his platform will have a button for donations in cryptocurrencies.

The experiment of the “Lightning Torch”: what it is about

The Lightning protocol aims to achieve a double result: to allow the elimination of mediators with the birth of a channel of micro-payments and finally solve the problem of the scalability (or rather the non-scalability) of the Bitcoin.

Since December 2017, the period of the first tests on the blockchain of the most popular crypto in the world, the time has passed, and the implementation of the Lightning network continues with good results. According to Bitcoinvisuals data, in the last six weeks of 2018 the network capacity increased by 200% (see graph).

The Lightning Network Torch takes its name from the ceremonial passage of the Olympic Torch. Instead of the flame, there is an operation in Satoshi, the smallest division of the bitcoin. It is named after the pseudonym of its founder, Satoshi Nakamoto.

The effectiveness of the protocol for micropayments

The experiment, which started on January 19, 2019, aims to promote the protocol for Bitcoin Lightning Network (LN), demonstrating the efficacy of the system designed for micro-payments.

Dorsey’s microblogging – the channel on which the “torch” passes – has allowed the initiative to gain momentum and popularity. For the transfer to take place from one person to another, 10,000 satoshis (about 44 cents at the moment) must be added to the payment.

If the impact of Twitter on the initiative is significant, imagine what would happen if the 10,000 satoshis were added for the first time to a payment made on Amazon.

If the e-commerce giant were to participate, this would mean an exponential impact not only on the chain, but on the popularity of the protocol. the multinational company had more than 100 million subscribers to the Prime service at the end of 2018. The wildest speculations would immediately break out.

Bezos and the Lightning Network protocol would form a pair of fire. As Changpeng Zhao, CEO of the Binance Crypto Exchange, said, Amazon could be “the catalyst for the next bitcoin price boom“.

The very day the online sales giant will accept cryptocurrencies as a payment system, the world will no longer be the same. Connecting Amazon to cryptos is not just a purely hypothetical scenario.

Although Amazon has never officially opened up to crypto payments, some initiatives suggest that Bezos is not insensitive to the fascination of the industry. The Seattle-based company, for example, has bought several industry-related domain addresses. These include, according to DomainNameWire, amazonethereum.com, amazoncryptocurrency.com, amazoncryptocurrencies.com and amazonbitcoin.com.

Bitcoin adoption rate on the rise

It has been months since it is expected that large retail groups will accept bitcoin payments. The day when Amazon Coin will see the light seems still far away, but something in the consumer industry is moving. Zara, Domino’s Pizza and the NASA visitor center are just some of the places where digital coins are now accepted.

The adoption of bitcoins and altcoins in the retail sector is one of the most critical and discussed topics. Many commentators and analysts expected that with the surge in the value of Bitcoin retail sales companies would compete to integrate a payment system based on cryptocurrencies. But this has not happened yet

In late 2018, there were signs of an increased adoption rate of cryptos, suggesting that the adoption of bitcoins could be around the corner. However, as long as giants like Amazon will not accept digital coins, there will be no injection of confidence that the market desperately needs at this time.

Bezos would take the initiative to a whole new dimension. But without bothering the man that in 2018 was the world’s wealthiest man, there are already other prominent names and important companies that can “move” billions.

Recently, for example, the CEO of Binance was involved. He, in turn called in Elon Musk in the passage of the torch. The visionary number one entrepreneur of Tesla and SpaceX, who has proven to believe in the potential of crypto currencies in the past, has not yet responded.

Former NBA basketball star Kobe Bryant was also mentioned but has not yet accepted the invitation. Among the other ” carriers ” of the high-profile crypto torch, we can mention one of the top promoters of Bitcoin, the best-selling author Andreas Antonopoulos, and the chief strategy officer of Blockstream Samson Mow.

When on February 13 Erik Voorhees, CEO of the exchange crypto Shapeshift, took over the torch he confessed to “never having so much power” before. Perhaps one day Bezos could say the same.

Previous article Some of the features of the Galaxy S10 crypto wallet have been unveiled
Next article Italy, Notarial Statistical Data and the relationship with the blockchain