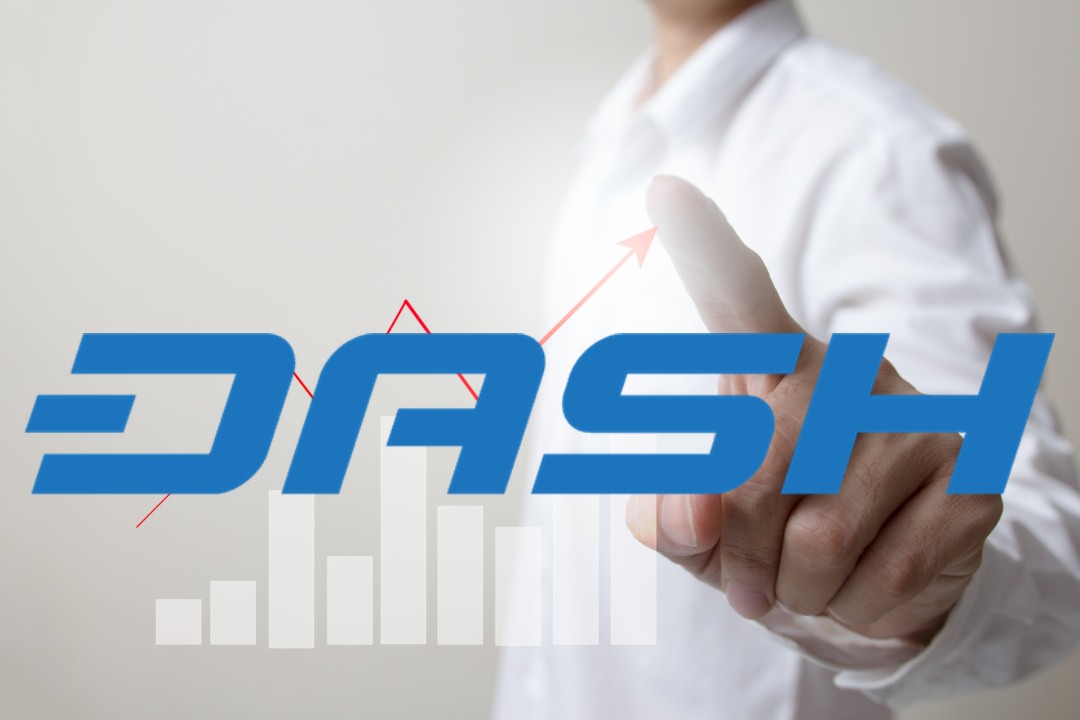 Today, the crypto that is making itself noticed with one of the biggest rises among the top 20 is Dash, with a price rise that exceeds 5%.

Dash is benefiting from being included in the Equicex payment circuit, which allows using cryptocurrencies when shopping with a credit card. Equicex also accepts bitcoin, ethereum, litecoin and bitcoin cash.

This allows Dash to experience a price rise of more than 5% for the crypto, reaching the 14th position and overtaking even IOTA, which drops to the 15th position. Dash thus narrows the gap with another crypto known for privacy, Monero, now in 13th place.

There is another aspect that reinforces the importance of Dash. This is the Dash Text service that allows adding phone credit through the top-up platform. With the current blackout in Venezuela, it is not possible to use electricity services, including cryptocurrency. With Dash Text, it is possible to continue receiving and sending the crypto Dash and this is an advantage for the owners of the crypto in Venezuela.

In general, the overall cryptocurrency scenario remains positive despite the day seeing a prevalence, albeit small, of the red sign among the first 100 crypto.

The perception is that in such a congested situation, downward movements have more effect. But in reality, the situation is not so negative, as demonstrated by the capitalisation that climbs and approaches 135 billion dollars.

Today another performance emerges besides Dash, namely Ontology (ONT), which rises by almost 10%. A rise supported by the recent news that appeared on social channels by the founder of the platform, who announced the collaboration with the decentralised platform that deals with the distribution of films, in turn, connected with Pandora TV.

This naturally pushed the Ontology price up to $1, a level not seen since last November.

Among the worst cryptocurrencies in the top 20, there have been no major falls. The only one to stand out is Maker (MKR), which dropped almost 2%. All the others including bitcoin, Ethereum, EOS and Litecoin oscillate around parity.

Capitalisation, as stated, is close to 135 billion dollars, showing good performance of the whole sector and in particular of the altcoins, given that bitcoin’s dominance drops beyond the support threshold of 51%, a level it has held since last August.

The dominance of Ethereum remains stable. Ripple recovers, benefiting from the rise in XRP, which rose by 2%.

Bitcoin, despite the difficulties and the uncertain period, with trading volumes below the daily average of the last month, returns again close to the 4 thousand dollars, although not with a convincing movement. However, considering that the hypothesis of the structure of the two-month cycle is in the closing phase, the lack of downward price movements is a positive sign from a technical point of view.

A possible retracement of the prices under the 3.850 dollars does not worry. On the contrary, the level of support to continue to follow is 3,750 dollars. Only in the case this level breaks, there could be drops towards 3,600 dollars. Whereas upwards, the indication of the return over 4,000 dollars and then 4,200 dollars remains valid.

Ethereum (ETH): the price of the crypto continues to fluctuate

Ethereum does not provide new technical information. The oscillations remain below the threshold of 140$. The failure to hold 130$ and then 125$ would open up spaces and speculative movements down to the $115 area.

On the contrary, a return above $140 would be positive, but it would be even better to overcome the 155$ resistance level. Below this level, there are fluctuations in a short and medium-term structure that continues to remain neutral but with a bearish prevalence.

Previous article MiSE and IBM: the blockchain project for the Made in Italy
Next article The New York Times explores blockchain based publishing