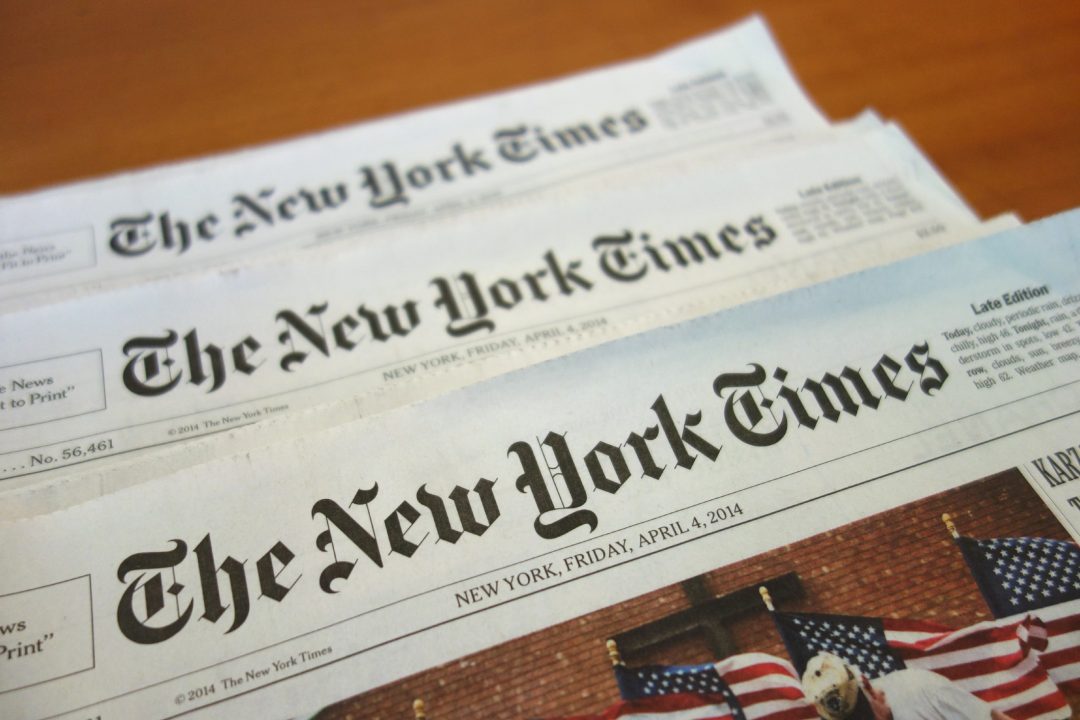 The New York Times seems willing to experiment with blockchain based publishing.

In fact, the newspaper has published a job advertisement with which they are looking for a leader to envision and design a blockchain-based Proof of Concept for news publishers, within their own research and development division.

The sought after figure must already have experience in introducing technological innovations into mid-sized organizations and must have worked on creative initiatives using cutting-edge technologies.

The goal is to create the vision for the project, identify problems and devise solutions, as well as forming a pool of project stakeholders and seeking consultants from news agencies, universities and social media companies. The position sought is temporary and the work will last about 12 months.

However, the job advertisement is no longer available at this time, perhaps because it has been withdrawn by the same publisher. It is not known how many applications have been sent to NYT in the meantime.

With so little information it’s hard to imagine what the project behind this research is really about, but it’s possible to assume that copyright protection could be one of the goals the company is aiming for.

In fact, once published online, the news is often copied by other publishers, and recording on the blockchain could, for example, attest in a public and unique way the authorship of an article even before it is published.

It is no coincidence that candidates are also required to have a certain journalistic background, and “a real passion for The New York Times’s mission”.