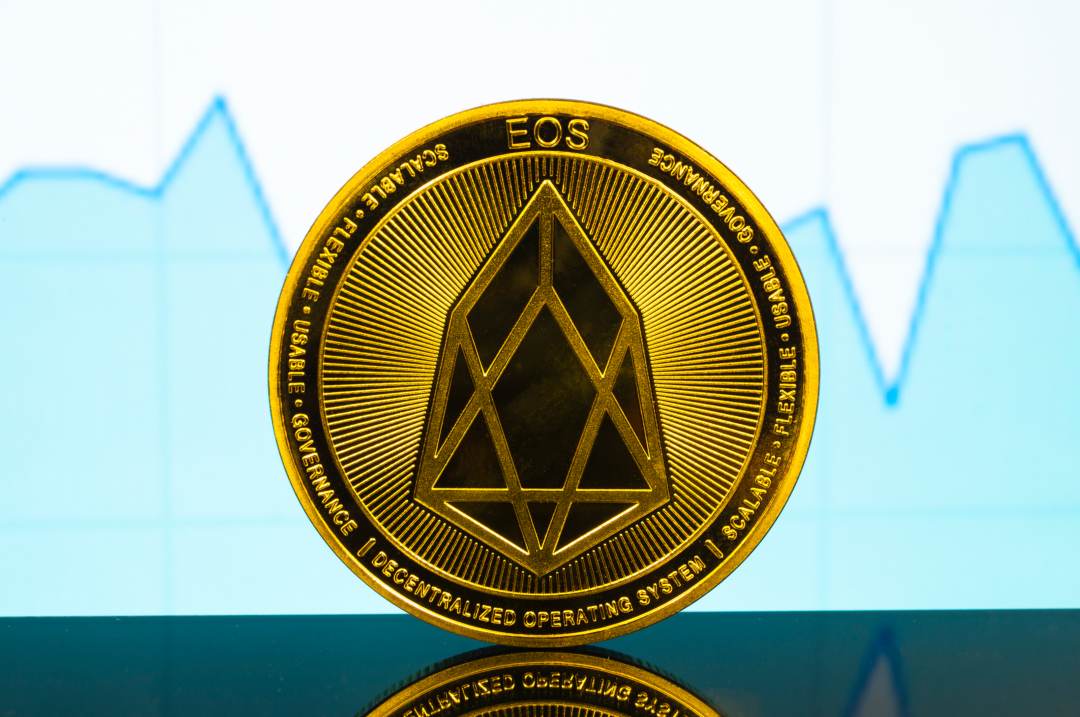 Among all the crypto analysed today, the strong rise in the price of EOS emerges, which now marks a +12% and brings prices back above 4.10 dollars, levels abandoned at the end of February.

The price of EOS benefits in fact from the statements made by the founder Daniel Larimer. Investors give credit for the announcement of an important new feature on the EOS blockchain coming next June.

This strong price increase leads EOS to challenge the fourth position occupied by litecoin, which despite the 4% rise is seen to be undermined. The difference between the two cryptocurrencies is just under $20 million.

To see the first red sign it is necessary to scroll the Coinmarketcap list to the 65th position occupied by Aurora (AOA). All the other cryptocurrencies are moving upwards. Restricting the analysis to the first 20, all are over 3%.

The other crypto that returns again to give a strong bullish signal is Cardano (ADA), confirming the movement already triggered during the last 10 days with the breaking of the bullish head and shoulders, which characterised the recent days, Cardano continues to rise, scoring a rise that exceeds 70% from the relative lows at the beginning of the month. Cardano alongside EOS are the best also on a weekly basis.

On a weekly basis, the only ones who fail to return above parity are Ripple (XRP) and Stellar Lumens (XLM), both with a loss of more than 3% from last Wednesday’s levels.

Today’s rise is once again having a positive effect on the market cap, which rises to over 142 billion dollars, a capitalisation that is a good snapshot of the market structure, despite the difficulties and low volatility of March (one of the least volatile in the last year).

Bitcoin dominance is close to 50%, the lowest level of last summer. But what stands out most is the dominance of Ripple, which continues to fall to just over 9% of the total market share.

The rise triggered during the night brings back bitcoin prices above the psychological threshold of 4,000 dollars. It is a decidedly bullish signal that returns to give hope for the next few days, as the structure of the bi-monthly cycle is coming to an end without the bearish signal that usually characterises the end of a cycle.

The return above $4,000 must find confirmation in the $4,200 area, beyond this level there would be a definitive confirmation of a new bullish impulse to reopen the next monthly cycle expected in days.

The situation would be complicated with prices below 3,850-3,750, which is crucial for monthly support.

Ethereum, despite the less obvious fluctuations, sees prices return to the threshold of 140 dollars, a level that characterised the fluctuations of the month of March, remaining within the congestion. Today’s rise with an upward movement of 3% is a signal that could accompany a further extension to $145. This is the resistance rejected during the month with the only attack of this level that did not allow the return to revise the 155 dollar level.

Any downward movement with extensions to 135-130 dollars would open space for sinkings to 125 dollars. The threshold to continue to monitor as support remains the 115 dollars, a level that is currently far away but that should be monitored until prices return above the indicated threshold of 155 dollars.