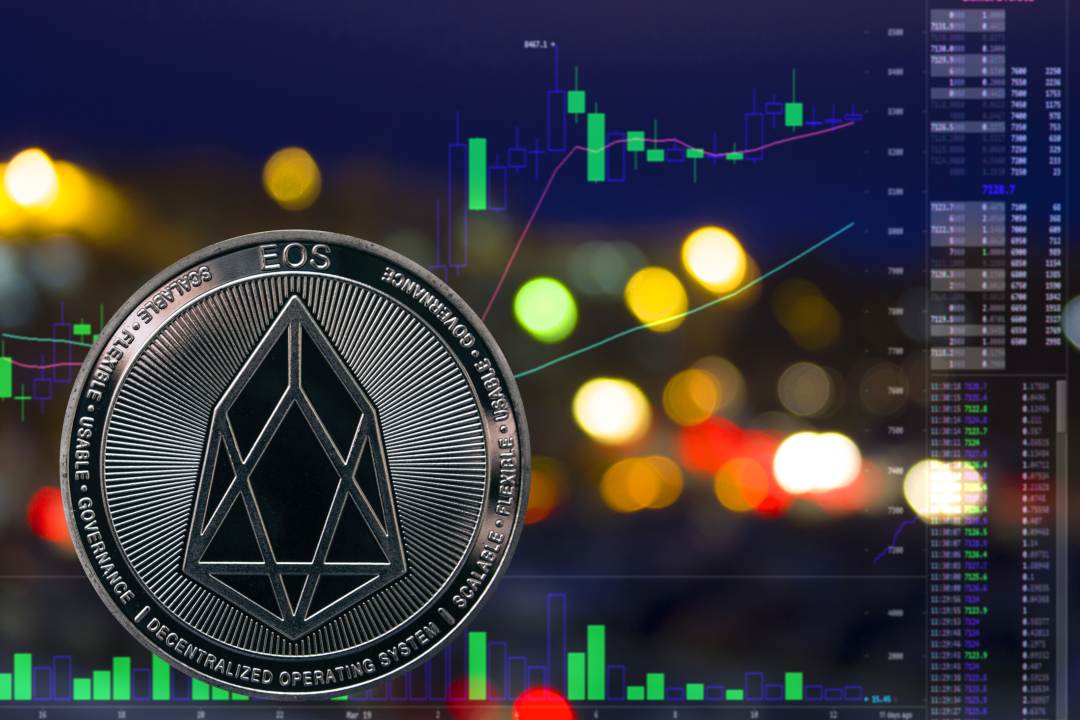 EOS: the market cap of the crypto is almost 4 billion

Similar to yesterday, the EOS crypto price and market cap are on the rise, scoring a further 5% and revising the levels of the annual highs at the end of February, namely 4.30 dollars.

Whereas the capitalisation reaches almost 4 billion dollars, achieving, for the first time in its history, the 4th position among the largest capitalised.

Litecoin, while remaining around 60 dollars and with a day of oscillations around the parity, slips in 5th position. The difference, like yesterday, is a few tens of millions of dollars.

To find a first clear red sign you need to go further down into 31st position occupied by Crypto.com Chain (CRO) which continues the decline of recent days losing 5%. Ravencoin (RVN) stands out immediately afterwards in 32nd position, rising by 20% even today, in the wake of recent days. This bullish movement sees the price of Ravencoin updating the absolute historical highs.

In fact, today Ravencoin is worth $0.065, which is the first time since the token was launched over a year ago.

Total capitalisation is dancing around 143 billion dollars, moving further and further away from the lows of February, which were close to 100 billion dollars. The dominance of bitcoin (BTC) like that of ethereum (ETH) and XRP remains unchanged from the levels at the start of the week.

The new issuance of tokens and cryptocurrencies continues, currently these amount to 2,132 listed on Coinmarketcap.

During the night, the price of bitcoin attempted to reach $4,100 without the support of the volumes and was rejected by a few dozen dollars.

The movement we are witnessing resembles an attempt at consolidation above the $4,000 threshold and, now being close to the end of the two-month cycle, this is currently a positive signal, but it will have to be confirmed in the coming hours and days with the new monthly cycle and with prices above $4,200.

Ethereum tries to stabilise around the threshold of 140 dollars, a level where prices have been fluctuating for over 20 days, confirming this as an area of balance with the two-month cycle that is about to end.

For Ethereum the confirmations remain the same, a volume-supported push over 145 dollars is necessary to go to the attack of the monthly resistance of 155 dollars. Downward movements would become worrying below $125 and the break-up of $115 would begin to worry about a return of downward speculation.

Microscopic oscillations, even if not as evident as those of the last few weeks, do not worry, but the prolonged congestion only accumulates energy which will either explode upwards or downwards.

Previous article itTaxi: the company will continue with the blockchain
Next article India: crypto regulation is decided today

Bitcoin mining: the problems are not over