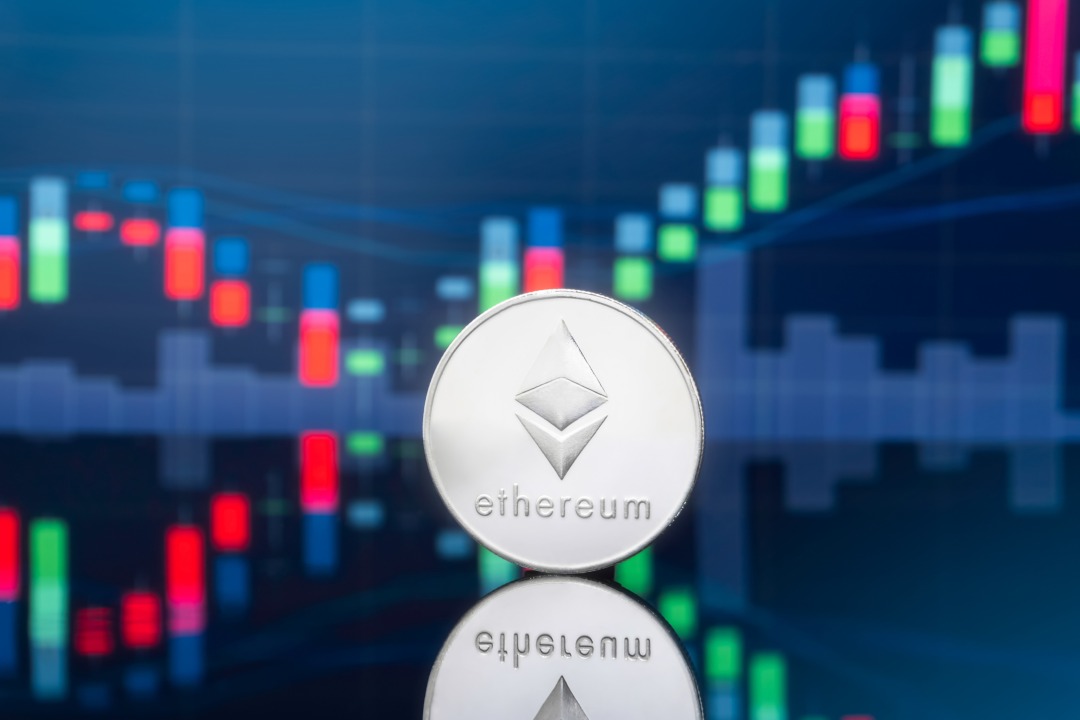 Today we notice the rise in the price of Ethereum and Ethereum Classic, perhaps thanks to the latest news.

Ethereum Classic seems to benefit more than Ethereum from the unusual tweet published by Elon Musk that has not particularly shaken the prices of the sector.

Musk is no stranger to these endorsements. Last February, he said that he was following cryptocurrencies closely, and in particular bitcoin, which he considered to be superior to paper money. On April 1st, he was jokingly appointed CEO of Dogecoin following a survey in which he had surpassed the preferences obtained by Vitalik Buterin and Charlie Lee, respectively founders of Ethereum and Litecoin.

It should be noted today that Ethereum’s searches on Google Trends have increased. Litecoin also rose today, with a performance of almost 6%.

Among the top 100 cryptocurrencies listed on Coinmarketcap, just over 60% are in positive territory. The day is about to end, trying to achieve a few decimals and concluding a positive month of April.

For the third month in a row, a green candle has been registered upwards and a technical structure has been set up that has not taken place since the last quarter of 2017 when the minimums and maximums were increasing. The month of April 2019 closes with a bullish intensity which, in order to find a similar one, one has to go back to a year before, April 2018.

There are no particular significant declines today. The cryptocurrencies that lose a lot of ground are beyond the 60th position of the ranking, where there is Aurora (AOA) losing about 10%, followed by Maximine Coin occupying the 62nd position and today losing 7%.

The markets continue to react very well despite the tensions in the Bitfinex-Tether case, which continues to attract attention.

Capitalisation remains above $170 billion with shares in BTC, Ethereum and XRP substantially unchanged from yesterday.

Taking Bitfinex prices as a reference, it should be noted that the spread between the various exchanges persists. 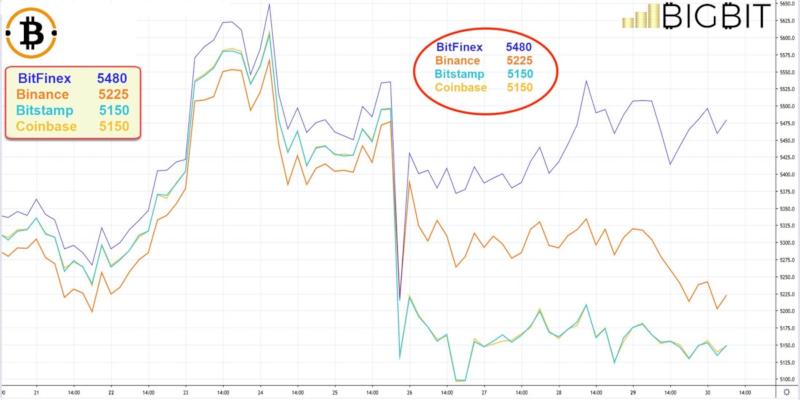 ices recovered to $5,500, a threshold that had catalysed the watershed level before the announcement of the New York department’s dispute over the Tether affair. It’s a signal that takes away some of the tension, but as said yesterday, in this phase, it’s more important to understand the holding of the supports rather than to aspire towards upward projections of resistance ruptures.

Today’s bounce doesn’t take advantage of Elon Musk’s mention. Prices rose slightly between $5 and $10 from yesterday’s levels, remaining below the levels of the famous triple maximum of $165-168.

It is also important for Ethereum to find the right confirmations of the resistance of the supports. The $155 support, recently tested between April 25-26 with a 20% drop from the beginning of the month, continues to prove crucial on the ongoing monthly cycle. The subsequent rebound, which is also characterising the current period, will be important to record to assess the confirmation of the bullish intensity of the current monthly cycle.

A possible violation would project to the fateful test of 135 dollars, level of support that has characterized for over a month the period February to March.

Upwards it is necessary to conquer the 175 dollars and then eventually find the strength to push to the annual highs of 188 dollars. But as for BTC, in this context it is better to observe in order to evaluate the strength of the supports in the one and two months cycle.