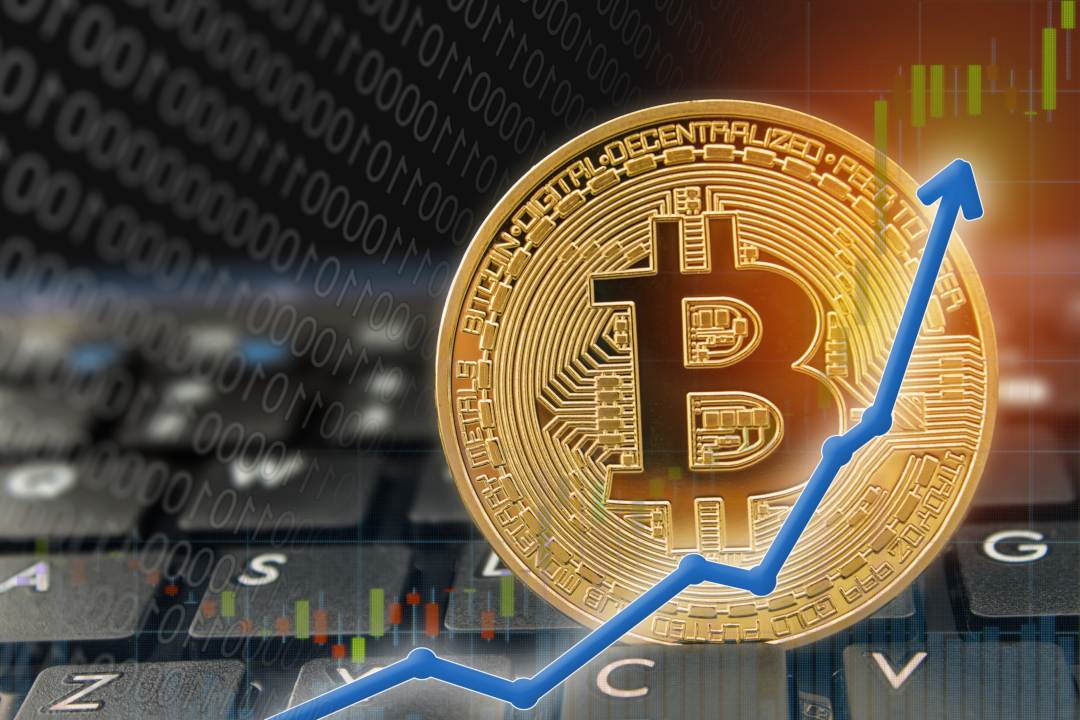 Bitcoin reaches the highest price in 2019

Following the update of the previous annual highs of April 22nd and 23rd, today bitcoins prices also reached their highs on the other exchanges, thus reaching the highest price in 2019.

This bullish movement also tightens the spread between other exchanges.

In fact, the prices reported by Binance, Bitstamp and Coinbase, in recent hours have seen the differential narrow to less than $50, whereas the gap with Bitfinex remains significant and remains over $300.

Bitfinex quotations, in fact, go beyond the threshold of $6,100, a strong level for bitcoin quotations because it had been a support for the whole summer and early fall. This level had rejected the bearish attacks of that period. The break between November 14th and 15th had caused prices to fall by about 50%, hitting annual lows in mid-December in the $3,200 area.

This period is very contrasted, with the vicissitudes that involve the company run by Bitfinex and linked to Tether, a company that will have to provide documentation to answer the allegations that last week were addressed by the Prosecutor of New York to Bitfinex and related companies.

What caused the shock and concern now seems to have vanished. The period remains delicate. On Monday the decision of the US Supreme Court is expected, and it will be clear whether what is being filed in these hours by Bitfinex’s lawyers will result in the prosecution being dropped.

With today’s rise, the price of bitcoin is close to a 90% rise from the recent lows. And what’s more, the trend is definitely changing on a six-monthly basis.

This bullish movement started in recent days by bitcoin is dragging the whole industry. Among the top 100 cryptocurrencies with the highest capitalisation, more than 70% are in positive territory.

Cosmos (ATOM) also rose by 13%, climbing over the positions and reaching the 15th position with about 960 billion euros of capitalisation, moving beyond 5 dollars, not far from Bitcoin SV, now a step away from being surpassed.

Among the big ones, the one that today remains behind the others is IOTA, which rises only by 1%. After the rise of the past few days that had caused it to countertrend the rest of the industry, it can not go over 33 cents of dollars.

On this day Binance Coin also updates its historic high to over $26.60. For BNB, this is a very important period.

Among the increases of the day that bring back confidence in the entire sector, EOS is also worth noting, which returns to 5.50 dollars. As well as Monero, with a leap that exceeds 71 dollars back to test again the highs of the last semester.

Today’s market trend is reflected in the capitalisation, which rose to 187 billion dollars, levels recorded at the beginning of April, which match the capitalisation recorded last November, before the bearish downturn. And this is a good snapshot of the current trend and of the period, with a capitalisation that is once again attacking the $200 billion mark.

The dominance of bitcoin is 55%, confirming that it is BTC itself that is driving the sector. The capitalisation of Ethereum remains just under 10%, while Ripple’s sinking is dramatic, falling for the first time since November below 7%.

Taking Bitfinex quotations as a reference, the extension we have been witnessing in the last 24 hours is the best upward movement in intensity since April 2-3. The prices for the first ten days of November are being revised and the downward trend that had characterised the six-month cycle that began between December 2018 and February 2019 has been abandoned. The Bull season is officially inaugurated and will have to be confirmed in the next few weeks. It is likely to suffer reflections and effects of the decisions that link the bitcoin quotations to Tether.

The unexpected resistance ruptures of the maximums of the year have arrived today, scoring a 6% rally that is the best of the last 30 days.

It’s a rise that breaks down the psychological threshold of $6,000. It is important in the coming days to go and look for confirmations of the current bullish movement that has probably been supported by the coverage of the lowered positions of the major exchanges that trade bitcoin.

The positive market reflection brought prices back above $175, a level of resistance that until yesterday seemed difficult to break down. In the last few hours, prices have risen in the $180 area, one step from $188, the record of 2019. This is a positive signal for Ethereum in the short term.

It will be important in the next hours to go and break the record of 2019 going to update the highs of the year. It will be necessary to go beyond $188 to get bullish confirmations and also confirm the upward cycle started from the lows of mid-December.

Even for Ethereum, resistances broke all of a sudden, but having kept prices above the support of $135 and $155 in recent days despite the tensions and generalised weaknesses on the part of the market, it gave greater impetus to purchases.

Previous article Craig Wright is not Satoshi Nakamoto, according to the timestamp
Next article Blockchain Week Rome: 6 days dedicated to crypto