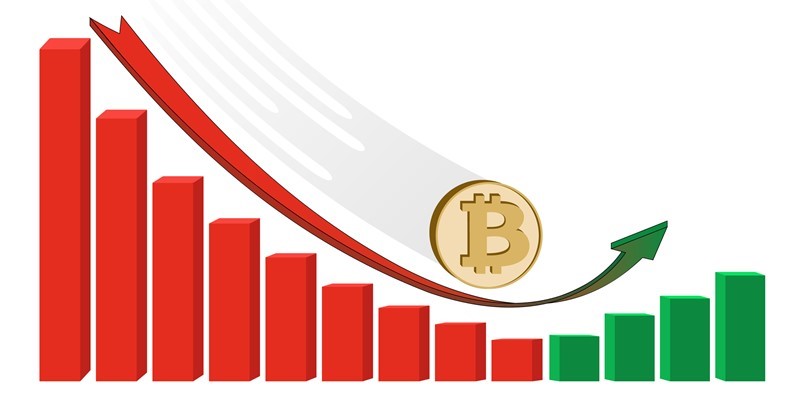 3 reasons why the price of bitcoin (BTC) has risen

It can be said that 2019, so far, is going better than 2018 as far as the price of BTC is concerned, in fact, Bitcoin price has risen almost 60% since the beginning of the year. 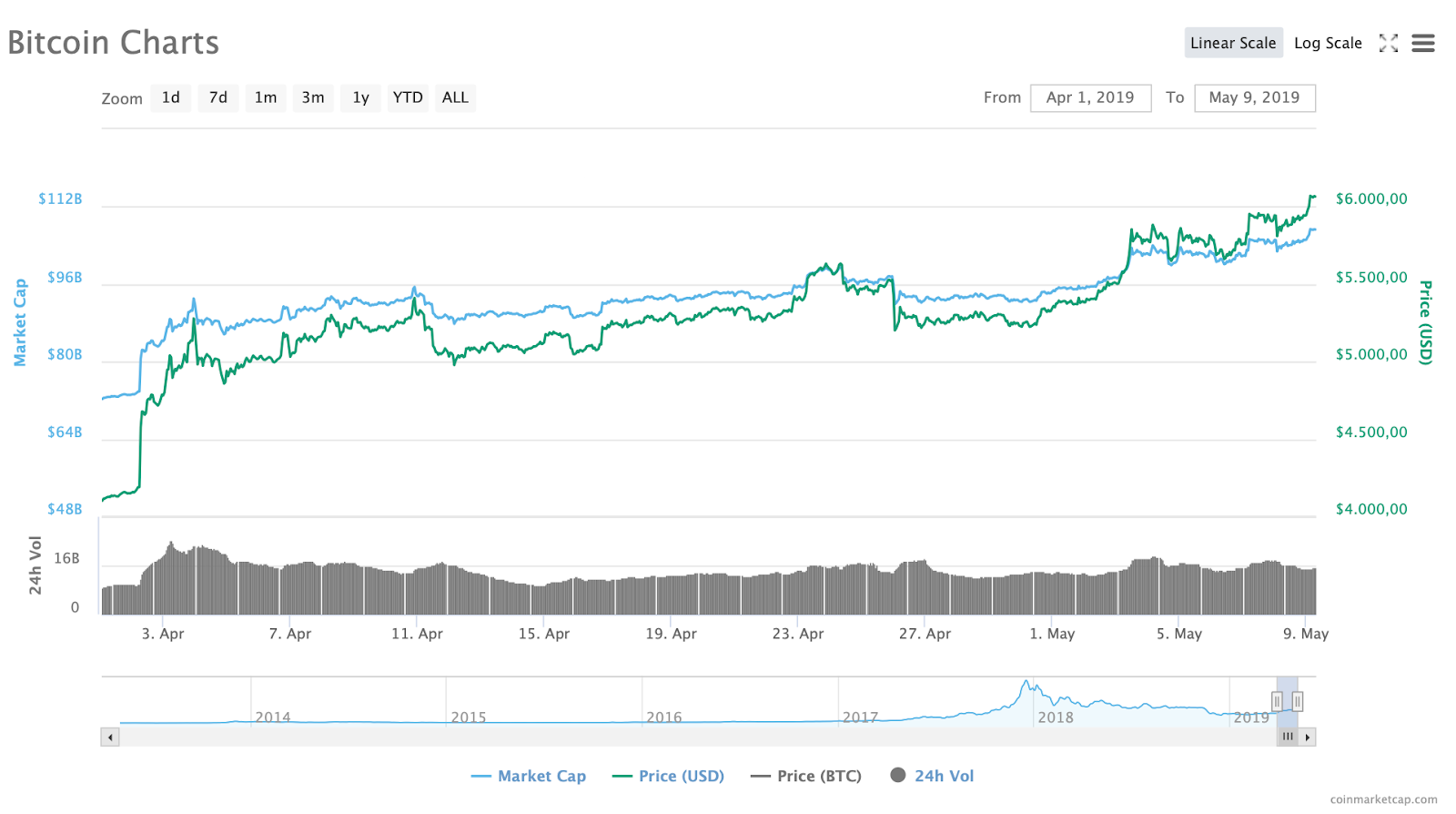 Much of this gain has actually been accumulated over the last month. April proved to be an excellent time range for bitcoin (BTC) as it increased by over 40% in a single month.

The trend, at least for the moment, has not yet reversed. Despite the news of the hacking suffered by Binance and the market movements in response to this event, bitcoin (BTC) has come out head-on and continues to rise. At the beginning of the week it reached $6,000, an event that hadn’t been recorded in 6 months, while in the early hours of this morning it exceeded this threshold, rising to around $6,075 according to CoinMarketCap.

What is really causing the great performance of bitcoin (BTC)? There is probably not a single motivation, but there are certainly several factors that could have influenced his upward race. 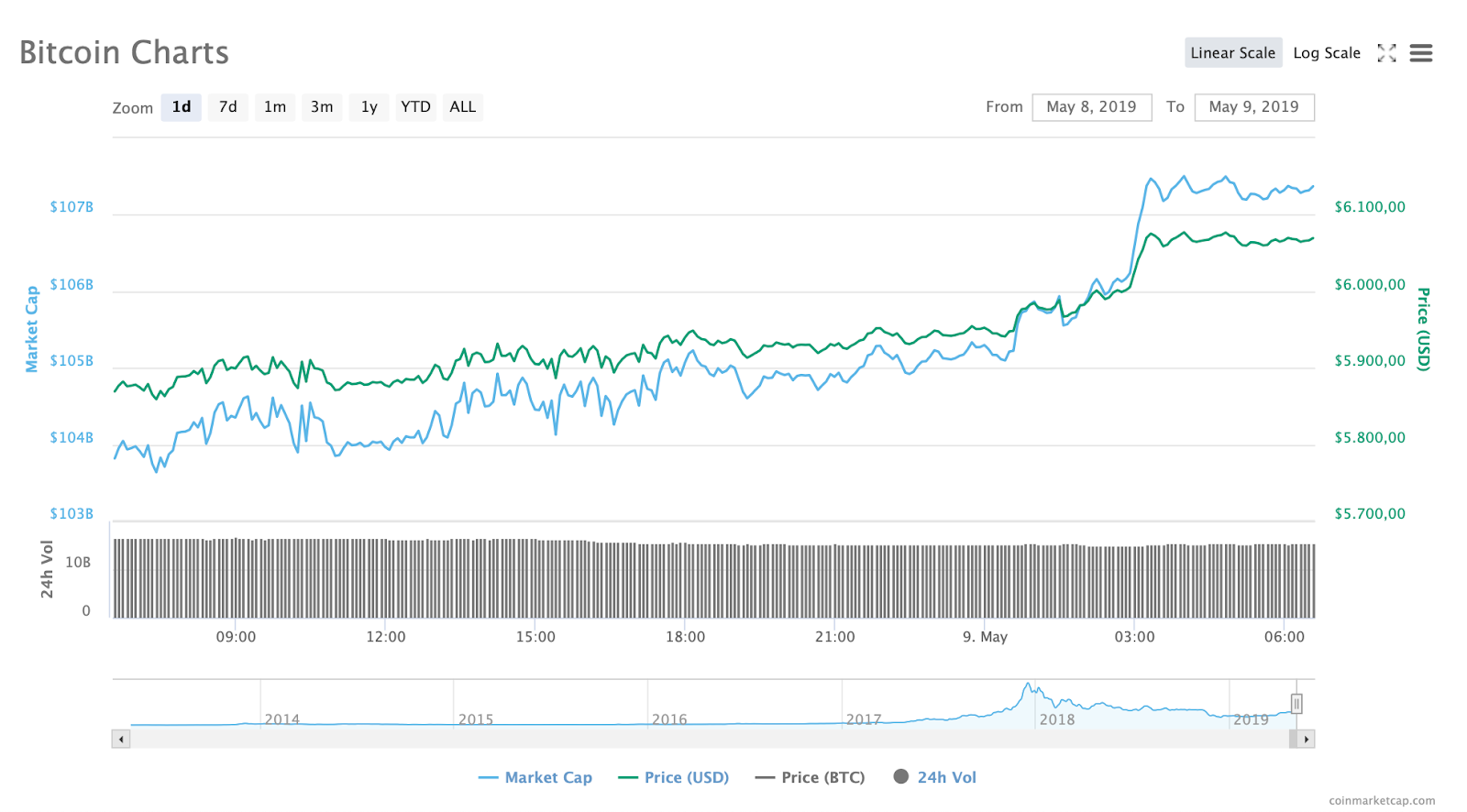 Fidelity Investments is an American giant based in Boston that deals with financial services. It manages an asset of over $2400 billion dollars and on May 6 was published a news report that the company will sell and buy bitcoin (BTC) for its customers, mostly institutional investors.

At the moment, the cryptocurrency market has a market capitalization of about $188 billion dollars, a figure that is actually a long way from that of traditional markets. Thus, even a minimal interest from these institutional investors can lead to enormous changes within the industry.

After the release of this news, bitcoin (BTC) increased by 5% in a few hours.

To motivate his comment he explained that there are some signs that technical and fundamental analysis are improving in many ways. His company, Fundstrat, is strongly bullish towards bitcoin (BTC), reiterating that the bearish period of 2018 is over.

The community is showing more and more positive feelings towards bitcoin

When we talk about trading, the emotional component is always a feature that needs to be kept under review. It is worth noting that the general feeling of the community is towards the positive.

The Wall Street Journal recently reported that Facebook, the social media giant, is looking for $1 billion dollars worth of investment in its stablecoin. Nike also doesn’t sit back: its crypto currency could be called Cryptokicks and, in any case, it has already filed an application for the copyright of the name.

There are clear signs of recovery in the market. The price is constantly rising. Negative news like Binance’s didn’t affect bitcoin (BTC) too much, as many expected. Even the movements of funds stolen from Binance by hackers are not creating too much disarray. Surely there is still a lot of resistance to overcome before returning, if it happens again, over $20,000.