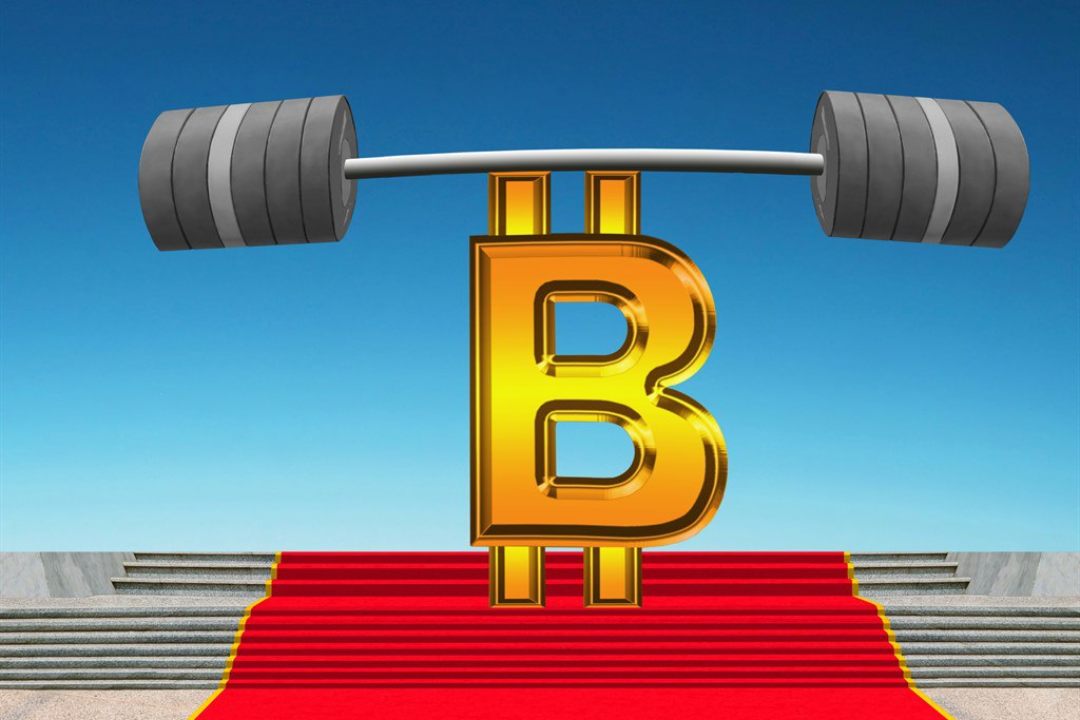 Another positive note is that the spread between Bitfinex and the other exchanges is now reduced thanks to the rise in prices and tightens between $50 and $70 dollars, after having touched in recent days a difference of $300 dollars. 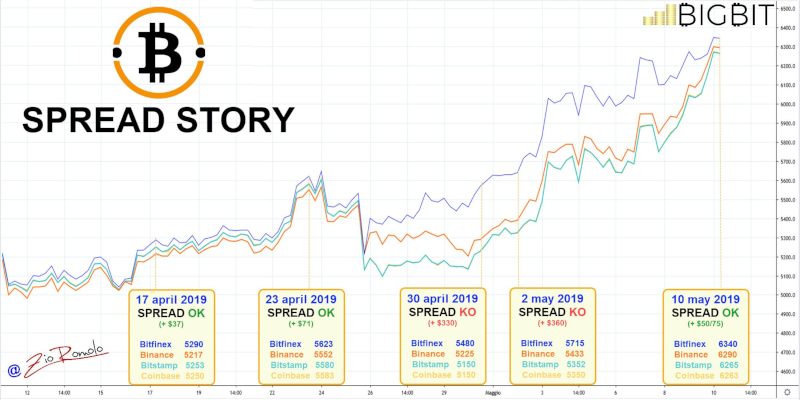 The bitcoin flies over $6,400 dollars with a marketcap of $110 billion, levels it had abandoned at the beginning of November, before the breakdown of support at $6,000 dollars that had opened the crypto winter, marked by the low of mid-December. A season that lasted until the beginning of 2019.

With the current values bitcoin scores a performance of 100% from those very lows, when BTC had touched the $3,200.

Bitcoin shows itself with a market share as it was not recorded since mid-December 2017 during the great rally that had pushed prices to mark the current historical all-time highs.

The day sees the beacon focused on bitcoin that sweeps away the doubts of the skeptics who in recent weeks expected a particularly sustained downward movement, which was confirmed and justified by the two events of recent days, the Binance hack and the tension between the federal prosecutor’s office in New York and the Bitfnex Tether deal.

The day sees an alternation of green and red signs. To find a more sustained rise you have to go down to the 23rd position occupied by Basic Attention Token (BAT) which returns in great shape with a rise of 20% from yesterday’s levels.

As for the most pronounced declines and that stand out particularly today, among the big continues the pair in negative between Binance Coin (BNB) and Cosmos (ATOM) who lose 5%.

Binance Coin with today’s sinking loses 30% from those historical absolute highs at the beginning of the month.

In the last hours with a tweet, the company has indicated that the procedure of restoration of the accounts is finished so the users will be able to return again to make trading, while the next May 19th will be given again the possibility to resume the operations of withdrawal and deposit.

The week that ends sees bitcoin to score the best rise in the first 30 positions. From last Friday’s values, bitcoin rose by about 9%, in stark contrast to Binance, which together with Atom lost 20% of last week’s Friday’s levels.

Regarding the capitalisation, today’s rise does not affect the total capitalisation which rises above $192 billion dollars, showing how the current rise in bitcoin is more due to the decision to lighten the portfolios from the altcoin. 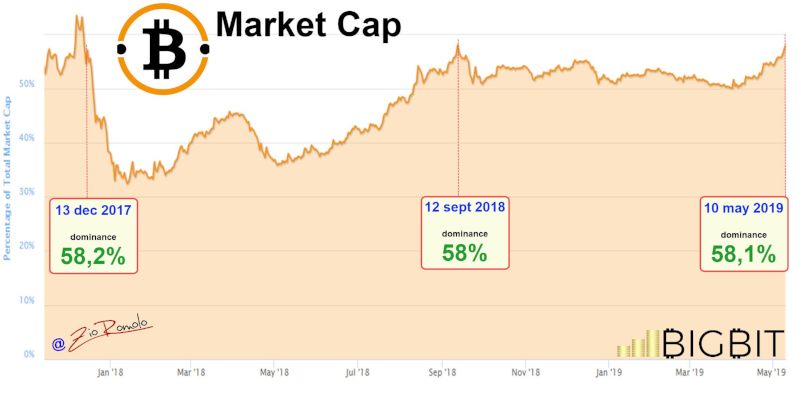 The confirmation comes from the dominance of bitcoin reaching 58.1%, which is the level abandoned since mid-December 2017. Ethereum confirms that the current phase is particularly to the advantage of bitcoin, despite the positive performance of today (+2%) fails to hook 10% dominance. Ripple slips more and more towards 6%.

With the spread returning to the normal values that differentiate the various exchanges, bitcoin scores an increase that brings the levels to test a phase of support that had held throughout the summer and part of autumn 2018.

Bitcoin from the levels of the year’s begin shows a performance that is close to 70%. Much of the ground has been recovered in the last month and a half, with a 60% increase from the levels of March 25th. A rise so sustained by interesting volumes opens the space to profit taking that could lead to a substantial retracement, taking advantage of prices that have returned to levels of former support now become very interesting resistance.

It is important for bitcoin in the coming days to consolidate prices and find a support base higher than the last level of support that started the current rise and precisely above $5,500 dollars. Only a possible sinking under $5.200-$5.000 dollars will affect the current bullish structure by the prices.

Ethereum, unlike bitcoin, fails to push again above the highs recorded at the beginning of the week, area $190 dollars, This is the condition that would bring back bullish sap to Ethereum again to push itself to test the psychology resistance of the $200 dollars.

In the last hours, Ethereum is continuing to oscillate in the area $175 dollars without giving valid indications for even a short-term operation. It will be important for ETH to observe the trend of the weekend to understand if the holding of the $175 dollars will be a pretext and hint to try a new bullish lengthening. The lack of confirmation of this level could push in the next days to test the $150-$155 dollars that are the levels of the end of April.

Ethereum remains in this limbo of fluctuation between $160-$180 dollars that is characterizing the structure of the current bi-monthly cycle started with the lows of late March. For ETHs it is necessary to find investor confidence after the confirmations of the launch of testnet 2.0 which gives additional guarantees and security for the second blockchain ever.