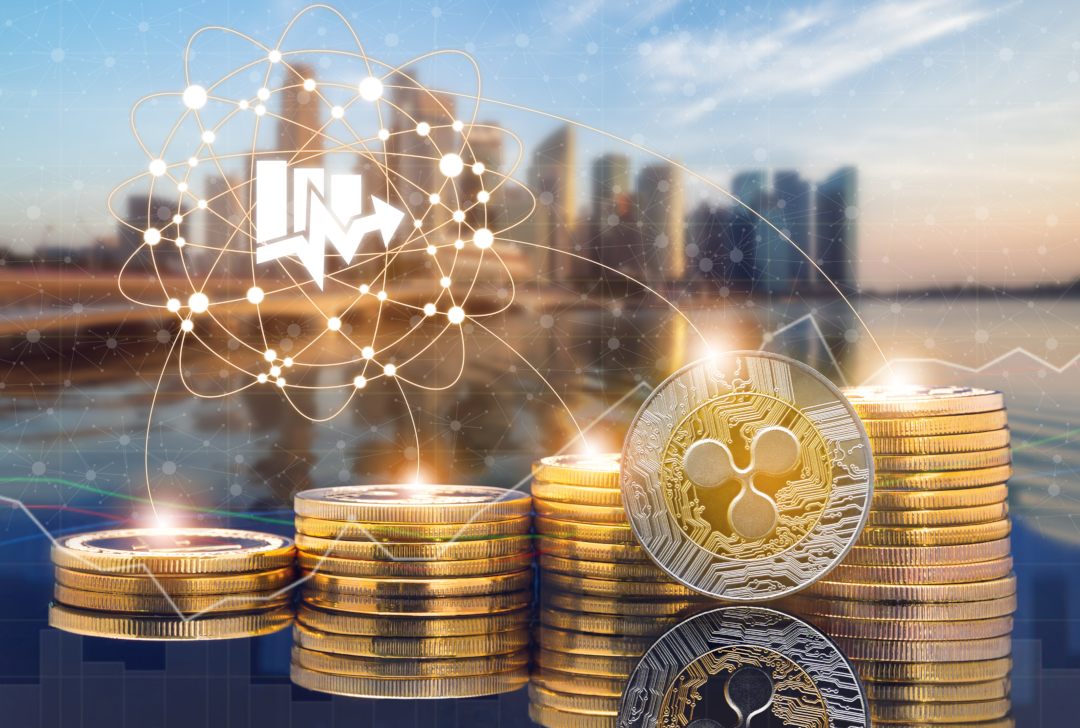 Ripple and the price of XRP are back in the spotlight today. XRP has remained quiet for a long time, lagging behind the rest of the industry, congested between 28 and 33 cents, however, the news that Coinbase will add Ripple to its pool has given the bullish momentum that is now registering a price increase of +22% from yesterday morning levels.

A rise that pushes the Ripple price (XRP) close to 40 cents, values that were not recorded since the end of December and the beginning of January.

The positive news of recent weeks, such as partnerships with financial institutions, the implementation of the RippleNet protocol and xRapid did not affect the value of Ripple. The latest news regarding Coinbase, on the other hand, seems to have given the pretext to raise prices up to 40 cents, resulting in Ripple being the cryptocurrency with the best price rise today among the top 100 listed on Coinmarketcap.

Bitcoin, after having broken the 6,000 dollars in recent days and having gone over 7,000 between Sunday and Monday, in these early hours of Tuesday surpasses with momentum the 8,000 dollars.

Bitcoin is driving the whole industry. As opposed to what was happening until Monday morning, important signals arrived in the afternoon for all the main altcoins. In particular, Ethereum went beyond the threshold of 200 dollars, reaching a high of 205 dollars, at which point profit-taking began that did not affect the upward trend.

This movement is beginning to amaze: volatility, which has not been recorded for many months, has returned overwhelmingly. For example, yesterday BTC saw price fluctuations of 3-400 dollars in a matter of minutes, pushing prices from 7,800 dollars to close to 8,000.

Other cryptocurrencies also show strong increases. About 90% of the first 100 are now in positive territory with double-digit increases. Bitcoin scores a +15% on a daily basis, as does Bitcoin Cash, which returns decisively over the $400 threshold. Ethereum with a 12% increase is also no exception.

Of the other big names with significant increases, EOS is up 15%, bringing its prices back to their 2019 highs around 6.10 dollars.

With the bullish movement of the last few hours, capitalisation has gone over 242 billion dollars, showing that in just 5 days the market cap has risen by about 50 billion dollars. In the middle of last week, it was between $180 and $190 billion.

The strong performance of movements started in the weekend (it did not happen since 2017 that weekends were volatile and affected by high volumes), in just 24 hours between Sunday and Monday led the market cap to rise by 28 billion.

Bitcoin gains market share and confirms its dominance at around 60%, levels it has not recorded since December 2017.

The vigorous rises of the last few hours bring Ethereum close to 10% of dominance, while Ripple, after relying on 6% dominance, now returns to 6.8%.

Daily trading volumes continue to increase at around $100 billion over the last 24 hours.

Bitcoin breaks the psychological barrier of the 8,000 dollars and in the last hours pushes to test the 8,170 dollars, a rise that now begins to cause dizziness because, from Friday afternoon levels, prices gain more than 30%, pushing the rise to 110% from the values of late March.

In the next few hours, profit-taking by investors who had positioned themselves upwards may begin. The structure, from a technical point of view, resembles what happened in summer 2014, with an increase that in just 2 months had reached 150%, and then saw a retracement of 50%. For this reason, it is advisable to be cautious at this stage of the market.

A movement that pushes prices to test the support now turned resistance of the 8,400-8,500 dollars. A push of about 5% from the current values would suffice, which is absolutely possible considering the dynamics of these days, but increasingly dangerous for the structure that is forming.

Downwards, with such a sudden and vertical climb it is difficult to find levels of support above the 5,500-5-600 dollars mark.

The bullish movement of the last 24 hours pushes prices to revise the levels of mid-November, a very important technical threshold. In the next few hours, it will be important to follow the bullish dynamic that is developing and confirming in the last hours, as well as the holding of the 200 dollars, technical and psychological support, violated yesterday with excellent volumes.

In case of lack of volumes, the support levels to be considered are the previous maximums between 180 and 185 dollars. In case of violation, the bimonthly support remains $155.