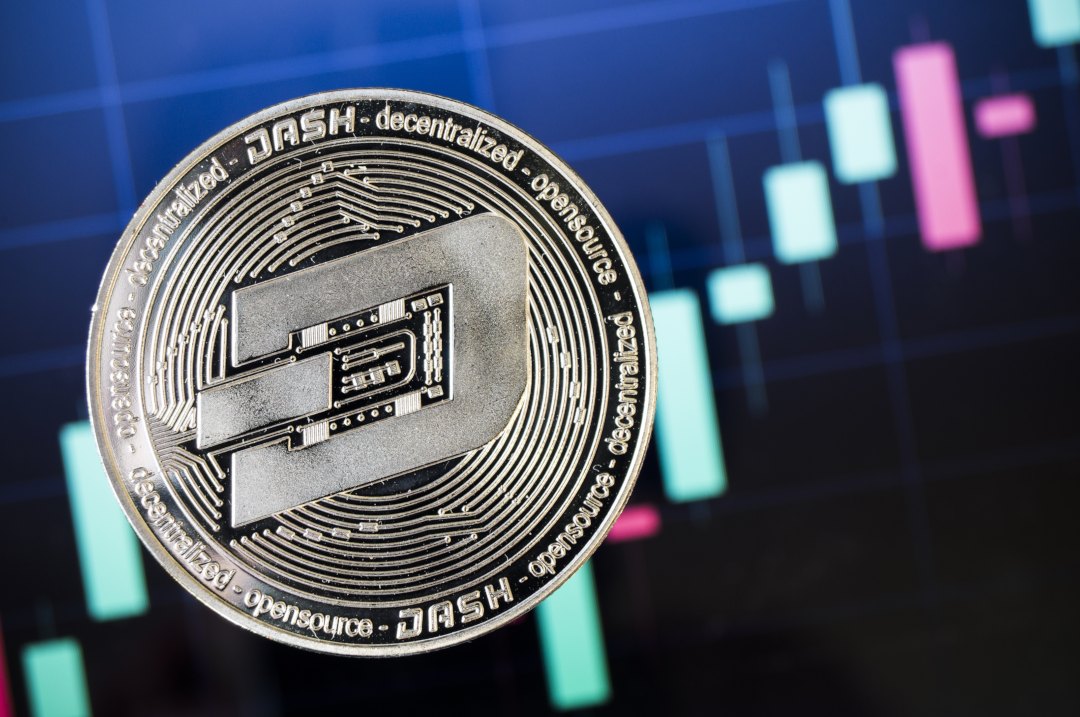 Today there is a clear prevalence of red signs. The only green signs are those of Dash, with the price rising 8% from yesterday, and Monero, whose value increases 1%.

Dash, from the lows of last Friday, scored a +40% in just over three days. The rise that began over the weekend pushed prices to the $177 threshold, which are levels that Dash has not seen since October 2018.

As a result, Dash has climbed an impressive 175% from the lows of early February. Monero is also dragging itself into positive territory, these two cryptocurrencies very similar in use and development of the protocol.

The reasons for the upward movement of Dash may be due to the update of the masternode. From April to date two updates have been made and this provides greater security to the crypto known to guarantee total anonymity and privacy.

The most drastic downward movements, among the top 20 cryptocurrencies in the ranking, include Cosmos (ATOM) and Basic Attention Token (BAT), both -5%.

The rise in recent hours continues to confirm the capitalisation close to 246 billion. Bitcoin’s dominance rose again by a few decimals to 57%. While Ethereum’s remained above 10%, falling below the 11% it had reached last week, Ripple once again suffered a 20% drop in prices from last Thursday’s highs, and its dominance fell below 7%. Thursday prices were close to 48 cents, and now they are at about 40 cents.

During the night bitcoin reached a maximum of 8,250-8,300 dollars, marking the current technical structure. A level that will have to be followed carefully in the next few hours and days. A lack of return over $8,300-8,200 and a possible drop below $7,500 could trigger further profit-taking and push prices below $7,000, the relative lows of last Friday. Any movement would attract sales, causing prices to fall further.

From a monthly perspective, the reference level of support remains $6,300-6,000.

For Ethereum the technical structure is very similar to bitcoin, with a double maximum reached in the night just below that of last Thursday. With prices going up vertically last week, rising to $280 in 5 days with +50%, Ethereum now needs to find a base on which to reconstruct a new start.

Over the weekend the first level of support was recorded at around $230, which provided a bullish push during the night.

The push has not found the strength to bring prices back to last week’s prices, a record for 2019.

In the next few hours and days, it is necessary for ETH not to violate the minimums marked over the weekend at $230. In the event of a break, prices would find room for extensions that could result in testing the 220-200 dollars in the coming days.

A confirmation of this bearish hypothesis would bring back tensions on Ethereum following those that have been abandoned with the excellent increases of the last 10 days.

Upward it is necessary for Ethereum to break down the resistance of 270-280 dollars, which would bring prices back to test the next psychological area of 300 dollars, levels abandoned since last August-September 2018.

Satoshi Nakamoto: who's the inventor of Bitcoin?
How crypto influencers have changed the game

How to create a token on the Ravencoin blockchain