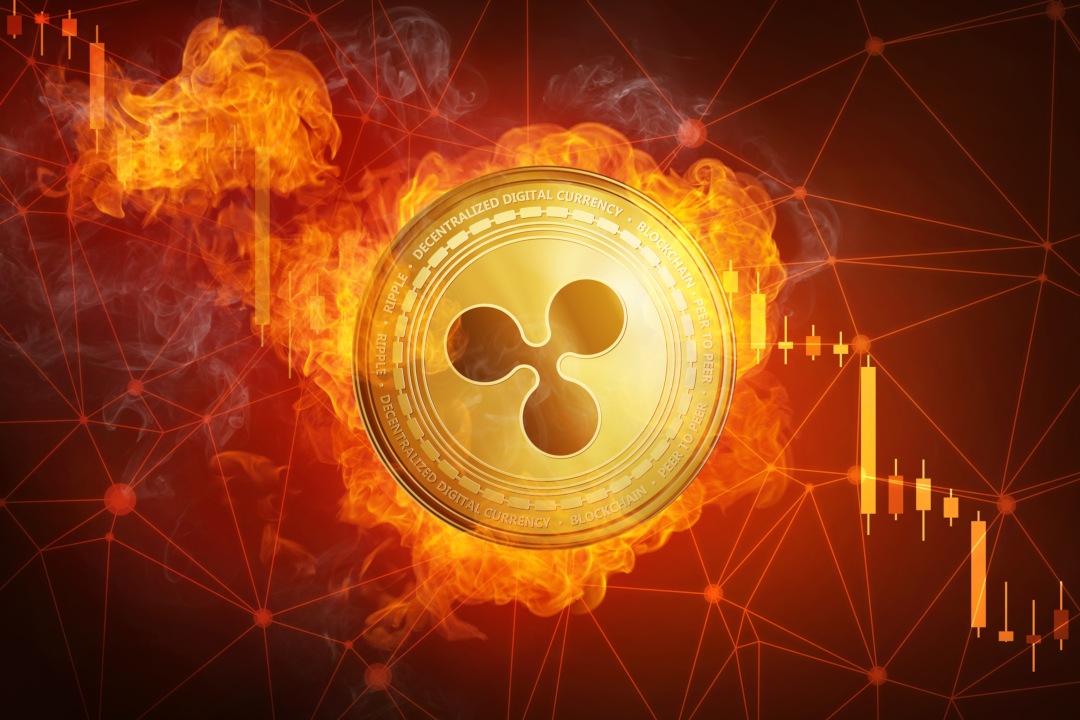 Today is marked by a halt in the cryptocurrency sector: the most notable is the 15% drop in the price of Ripple (XRP).

From the highs touched on the night of May 16th in the 48 cents area, the bearish movement that is characterising this last week sees Ripple lose more than 23% from those highs and highlights a retracement that stops at 50% of the movement that developed between May 9th and 16th. An important technical signal to follow.

Ripple is being tested to confirm the initial indication of a bullish structure. Today XRP loses 15% and its price falls to test the 36 cents.

95 of the first 100 cryptocurrencies are in negative. Something that hadn’t been recorded in several weeks.

Bitcoin slows down and takes the whole sector with it. Nothing of concern from a technical point of view as a bearish movement was expected to consolidate the levels of support and could last even in the coming days.

Among the most evident falls stands out Bitcoin SV, a physiological movement after a crackling rise that in the last two days has seen a triple-digit performance, which is rarely the case among the top 20 cryptocurrencies. Today Bitcoin SV retracts between 10 and 20% as the volatility is characterized by profit-taking.

The downward movement of IOTA (MIOTA), which falls by 12-15%, is a little more worrying. IOTA cannot give a valid bullish signal in a medium and long term perspective. After reaching its peak on May 15th with an extension that brought prices in the 46 cents dollar area, today the fall brings the prices back to 37 cents, levels of the beginning of the year. Therefore, contrary to the performances of the major cryptocurrencies, IOTA shows a negative annual performance.

A similar yet different movement is being formed on Ripple. Enjin Coin is also one of the cryptocurrencies to follow, losing 15% today and highlighting the volatility of this token that made the news headlines in March with its possible adoption by Samsung.

All that stands out is a remarkable movement of Matic Network (MATIC), which rises by about 20%. It is a token that occupies the 87th position in the ranking with little more than 96 million dollars of capitalisation.

Following the fireworks of the last few days that have seen Binance Coin update its annual highs and its absolute historical highs by going over $32, today BNB tracks down 2%. In the last 24 hours, however, Binance shows an explosion of trading volumes.

This bearish phase brings the market cap below 240 billion dollars, to be precise 237 billion dollars, showing a slide from the 250 billion of the past days. The positive note is the number of cryptocurrencies, which for the first time are 2,200 traded on thousands of exchanges worldwide.

As for dominance, bitcoin remains at around 57%, Ethereum slips below the 11% threshold, reached again last week, and Ripple tries to stabilise over 6.6%.

The bitcoin downturn sees prices stopping on the dynamic bullish trendline with an angle just over 60° and this highlights the bullish movement of the last 10 days, which at the moment supports even more the hypothesis of a double maximum that would find the completion of the pattern with an extension below 7,500 dollars in the coming hours or days.

At the moment the trend remains bullish but it is necessary for prices to consolidate the support of the $7,500 reached last weekend. In the event of a more serious sinking downwards, it is necessary to keep the 7,200 dollars and then the 6,500 dollars.

Upwards it is necessary to push with strength, determination and support of volumes, beyond the $8,300 to aim for the $9,000 target area.

Ethereum also shows a marked slowdown with prices returning to the $235 area, levels of last weekend. For ETH it is necessary to find support on which to rely for the next rise, which could return to the $260 area, the high of the beginning of this week.

A possible break of the 225-230 dollars would find ample space to test the psychological area of the 200 dollars or a sink towards 180 dollars, former resistance that had pushed every bullish attack started from April and lasted until mid-May.