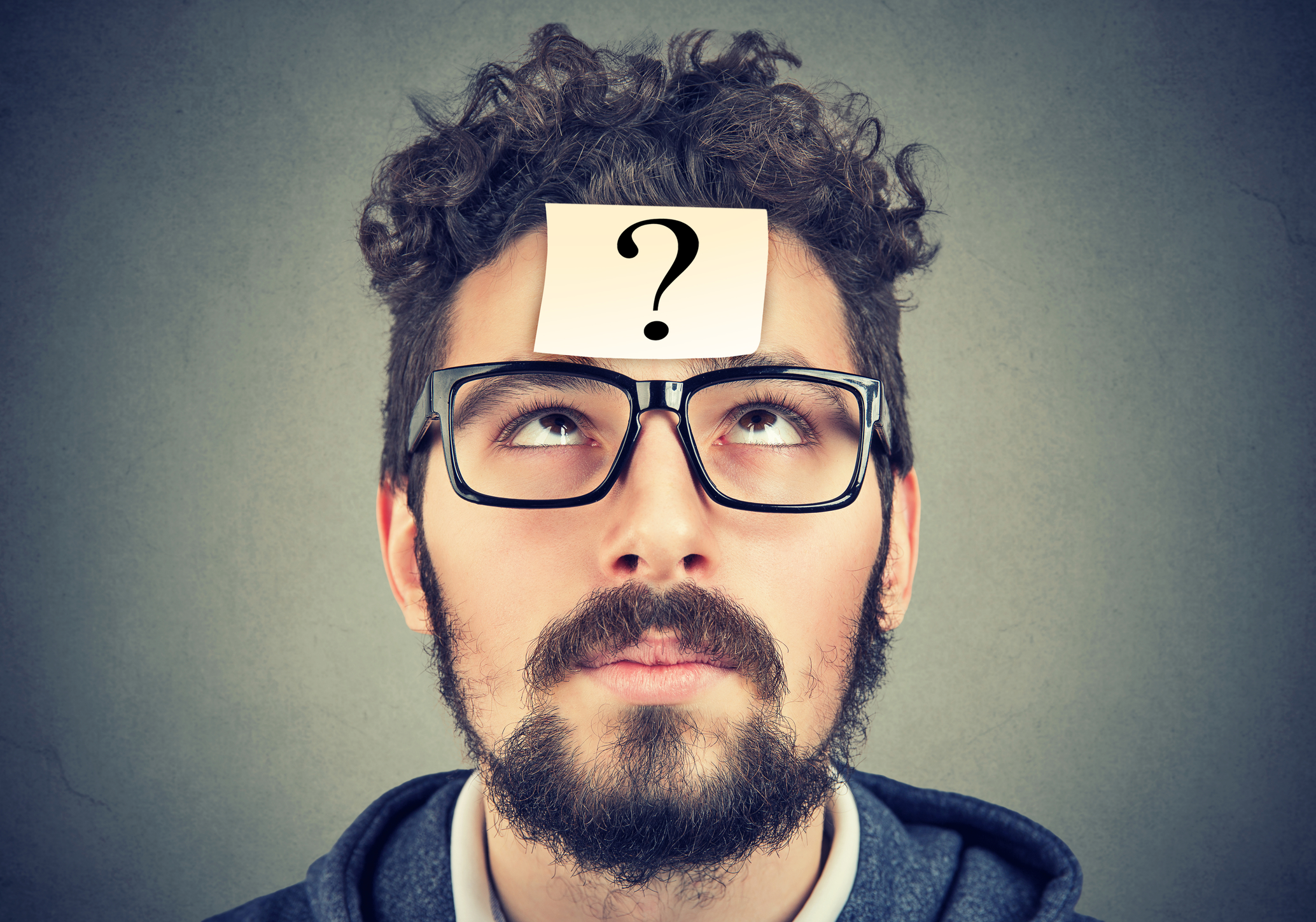 Initiative Q is becoming viral, but is it a scam?

Initiative Q is a project that for several months now has been attracting the positive and negative attention of the crypto community.

What is Initiative Q?

The website explains that Initiative Q was born from an idea of Saar Wilf. He is an entrepreneur who began his career in payment systems in 1997 and later founded Fraud Sciences, a company acquired by PayPal in 2008.

Wilf has created a team of experts from various fields, including mathematics, economics and social sciences. The economic and monetary models were developed with the help of the economist Lawrence White, professor of monetary theory and policy at George Mason University. White has published numerous articles and books on monetary theory and the banking sector, including The Theory of Monetary Institutions, Free Banking in Britain and The Clash of Economic Ideas.

The idea behind Initiative Q is primarily to create a large user base that can be exploited to create the “best payment network in the world”. The main objective of the team is, therefore, to get millions of “Q members” registered to the platform, continuing to improve thanks to the hiring of the “best professionals in the world in payment systems, macroeconomics and internet technologies”.

Creation of a global currency in 7 steps

The analysis of what is present on the website continues following a scheme defined as 7 fundamental steps for the creation of a “global currency”.

1) Today’s payment systems (credit cards, cash, bank transfers) are old and obsolete. Everybody pays unnecessary costs. For example, if people open their physical wallets, they will notice the amount of cards and cash they carry around. The technology already exists to replace this with a fast and secure digital payment method.

Moreover, the current payment networks were designed decades ago and their use is guaranteed by a huge amount of calculations, which are linked to fraud and the like. All of which translates into high costs.

2) There are many advanced technologies for payment systems and several innovations that are waiting to be implemented.

Here are some examples:

3) So why don’t we already use these innovative and significantly better systems? No buyer will join a new payment network without sellers and no seller will offer a new payment option that no buyer would ever use.

A payment system is only useful if it is used by a significant number of buyers and sellers. Reaching that critical mass of users is the challenge for Initiative Q.

4) If someone were to build a modern payment system capable of implementing these technologies in such a way as to include many buyers and sellers, this system would become very popular. It could end up seeing $20 trillion in transactions a year.

Credit cards already represent these 20 trillion. Once buyers and sellers find a better method of payment, this number could go up a lot.

5) Now, let’s pretend that all this has happened and that there is a dedicated global currency. Let’s call it Q. According to economic models, the value of all Qs would be several trillion dollars.

6) “Initiative Q has “booked” all this for the people who sign up today: the sooner you sign up the more Qs you can reserve!”, quotes the website.

All these points show that it is an innovation that will change the world with 20 trillion dollars in transactions. Even if everyone were to use bitcoin tomorrow instead of the dollar, the euro, the pound and so on, the marketcap would certainly be several trillion dollars.

The Q Payment Network: how the payment network works

The payment model of Initiative Q

As the website explains, Initiative Q aims to create a modern payments network aimed at bringing together the best ideas, innovations and technologies developed in recent years. The Q Payment Network will enable secure, fast and low-cost transactions using a global currency.

Many of the ideas that Initiative Q includes already exist, but so far they have only achieved limited dissemination and there is no universal system to integrate them all. This is due to the classic barrier between sellers and buyers of which we have spoken before.

With the Q app, you can access a store, scan the barcode of the desired items with your phone’s camera and simply exit. In restaurants, we would be able to leave after we are finished since the phone will pay the bill directly by connecting to the restaurant’s server. No signalling to the waiter, no delay, no inconvenience.

Initiative Q may also use state-of-the-art algorithms to analyse the digital behaviour of individuals. This technology is currently offered by companies such as Forter and Riskified, but used only in a small part of transactions. The use of a centralised payment page for all Q users will help to establish appropriate and inappropriate patterns of behaviour, leading to a much more reliable “fraud check“ compared to what each individual seller could use on their own.

Since each new member needs to be verified by an existing member, who risks losing their reward in case of fraud, the Q payment network will build a network of trusted relationships that can be used to verify transactions. For example, the system may require that for large (or otherwise suspicious) purchases, a so-called “trusted friend” must contact you directly and verify that it is the user who really wants to authorise the transaction.

Initiative Q will require the customer’s confirmation for any changes in payment methods, such as tax increases or other.

In addition, buyers will see customer reviews on each seller’s page to ensure better service and to encourage respect for both sellers and buyers. Initiative Q has the unique ability to ensure that reviews are provided only by verified buyers who have made an actual purchase from that seller, circumventing the problem of fake reviews that praise a company or discredit its competitors.

Through these measures, the Q payment network will become an environment where buyers no longer have to worry about scams and sellers can only focus on creating added value for buyers themselves.

The Q Payment Network may also include an automated dispute resolution process, with an easy-to-use interface that allows users to submit complaints and upload evidence to support such claims.

Disputes that cannot be resolved automatically will be assigned to a representative, who will investigate the claims to determine whether there has been a violation of the rules of the payment network or not.

If the agent finds that the seller has made a mistake, the transaction may be cancelled, whereas in cases where both parties have acted appropriately (e.g. an unauthorised charge) the buyer may be refunded. This reimbursement will be paid for by an insurance pool, financed by transaction fees.

Accounts that depend on other accounts can be easily configured to allocate funds, authorise expenses and provide easy access to the complete transaction history. This is a perfect mechanism for children or for entities that need to be controlled. A similar feature can make it easier to share expenses for restaurants, public services and other costs, for example, among friends.

Buyers can instantly access the full transaction history. This includes the precise timing and location of when and where transactions were authorised, which verification method was used, a copy of the invoice, details and images of the products. There are also delivery tracking data, the ability to communicate with the seller and a link to the dispute resolution forum. This is a significant improvement on classic credit card statements.

Worldwide, 38% of the adult population does not have a bank account. There are some areas where this percentage is much higher: in Colombia and Peru, there is talk of over 60% and in the Middle East over 80%. Initiative Q addresses this problem by allowing people around the world to make deposits, purchases, sales, money transfers and investments without ever needing to access a bank.

Because the Q payment network will use a system equipped with a native currency and operate digitally using “advanced technology”, transaction fees can be much lower. In addition, by reducing fraud and fraud attempts, Initiative Q can also significantly reduce the costs that would arise in the future.

Here’s the slogan that appears on the site:

We live in a global economy. Everything should be connected.

With Initiative Q, it finally will be.”

Initiative Q is becoming viral. Is it a scam?

Almost everyone has now heard of Initiative Q, on websites, through feeds and in social media. I am sure that some of you will have accepted the invitation that was presented to you. A lot of people will still be wondering what they have to do.

Initiative Q, by Saar Wilf, claims to be “the payment network of tomorrow“. To encourage the mass adoption necessary to succeed, Wilf launched a campaign (August 1st, 2018) that became viral on social networks:

“Interested in a free $130,000 lottery ticket, which I estimate has a better than 1% chance to win?”
A lot of people have joined in using the available invitation. Many people think that this is just another get rich quick scheme and nothing more.

“Let’s put aside your preposterous, arrogant claims of your made-up “currency” being worth $2 TRILLION USD in the future, despite being nothing more than a nice landing page at this point. I guess anything goes in the world of marketing. I have some questions that are more specific to your actual model:

There are multiple solutions, both gateways to the traditional financial systems, and completely new payment systems (and many in-betweens) built as layers on top of Bitcoin in *exactly* the same way as you propose.

Your FAQ is berating cryptocurrencies for being a “brilliant solution to a problem that doesn’t exist”, but you propose the exact same system. Anyone who spent a long enough time in this space realizes that if cryptocurrencies are to be used as a medium-of-exchange, we would have to use a layered approach. Each and every one of your points can be easily countered by anyone who has any idea how these things work:

Saar Wilf replied to these statements on August 24th:

Response: It is a very reasonable valuation for a currency that is used in a leading global payment network. This is according to the Equation of Exchange in monetary economics, and current transaction volumes of leading payment networks.

Of course, we are nowhere near becoming a leading network, and there are many risks and challenges ahead. You can definitely argue there is a low probability of success at this point in time, but that is unrelated to the currency valuation model.

Response: This is also covered in the economic model. Stability is the main reason we went for a professional monetary policy (like governments) rather than a predetermined one (like bitcoin). Q will be released for trade gradually, controlling the supply so Qs maintain a stable purchasing power (around $1 per Q). The rate of release is managed by the independent monetary committee, matching economic growth.

Response: Agree. The question is then why do currencies need to be on the blockchain at all? Just so no central power controls them? Assuming that is indeed the case (and there are serious doubts about that), there are much more efficient ways to reach this goal using governance and free market incentives. That is the approach we took.

There are differing rumours that this ecosystem is a pyramid scheme, a scam or whatever one might call it. There are many people who support it. And even more so are the users who wonder what it is.