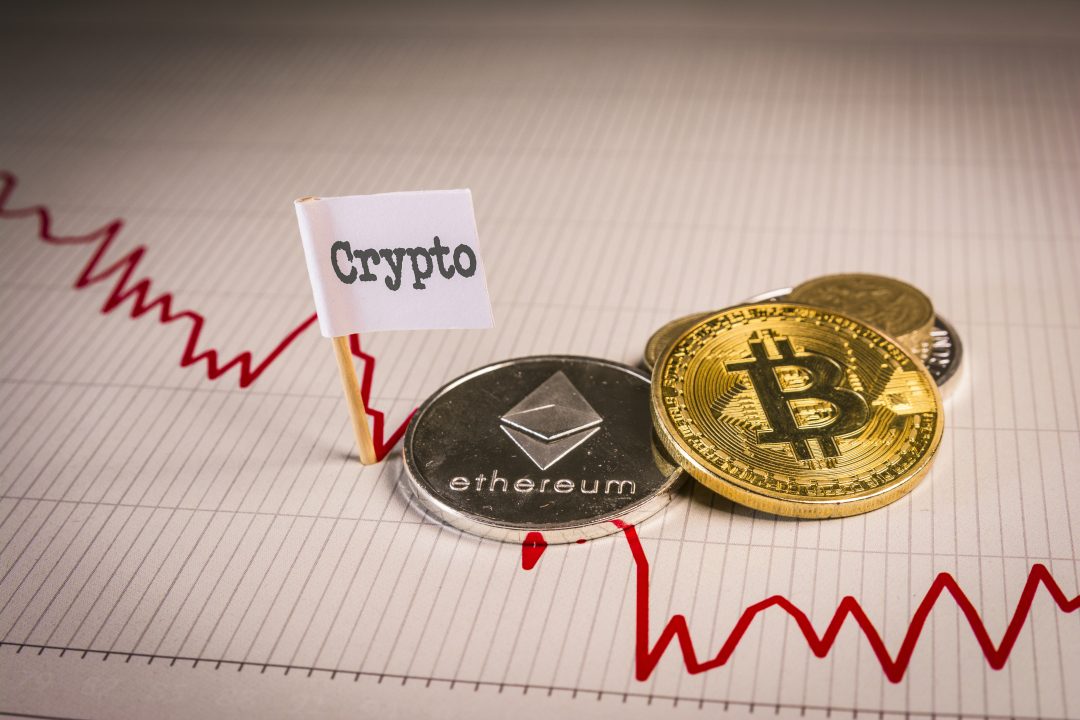 Crypto market is down today: BTC -17% in a few days

Undeniable: today the crypto market is down. The day closes with a lower minimum for the fourth consecutive day, this did not happen since last December, when the annual lows of 2018 were touched. Also in terms of intensity, it is possible to highlight the most serious bearish movement since the beginning of the year: bitcoin scores -17% in four days, while some other cryptocurrencies drop by 20%.

This downward movement is taking place in a controlled manner, however, it is the lack of confidence of the operators that is worrying. With the recent falls still taking place, even the levels of concern of last February are returning. It should be noted that the timeframe, although only 4 months have passed, has completely changed. The structure of the crypto market is decidedly different from that of 4 months ago.

Therefore this bearish movement of the crypto market is nothing more than a momentary trend change which can be defined as physiological. Considering the intensity with which it is happening, it is not among the most serious. Taking the last two years as a reference, the upward trend of 2017 has stumbled several times into movements that have recorded decreases of – 30% and – 40%. It happened in January and March 2017, when bitcoin prices reaching new historical highs have then fallen by 30-36%.

At the moment, this downturn today is definitely a signal not to be underestimated, especially until there will be clear signs of bulls returning.

The negative signs continue to prevail, now preceding over 60% of cryptocurrencies, even though they are decreasing.

Among the positive ones are Bitcoin Cash (BCH) and Bitcoin Satoshi Vision (BSV), which rose 2% from yesterday’s levels. Bitcoin Cash is trying to recover the $400 threshold abandoned two days ago. BSV, now at 230 dollars, fights for the maximum of 2019 reached the 30th of May with prices that have risen to 250 dollars.

To find clearer positive signals it is necessary to go down beyond the 50th position where there is Solve (SOLVE) which shows an increase of 70%. Among the best known are VeChain (VET) which rises 6% and Chainlink (LINK) which rises 11%. Enjin Coin and Zilliqa also rose by 1%.

The total crypto market cap tries to maintain the 250 billion dollars of capitalisation, after having reached its maximum on May 30 at 280 billion.

As for the dominance, bitcoin stands out, which, despite the difficulties, is maintaining its market share at 55.5%, showing that among the largest coins, bitcoin is the one that is losing the least ground. Ethereum and Ripple also remain unchanged on a daily basis.

With this downward movement of the last two days, the price of bitcoin returns below the threshold of 8,000 dollars and does not confirm the breakage of the 8,250 dollars, a bullish cap that had pushed the attacks of the bull to the end of May. Therefore, the fatigue carried out in the first days of June is cancelled out by this break that brings prices back below the psychological threshold of 8,000 dollars. A bearish movement under $7,600 would be a cause for concern. The most decisive level is at $6,800-6,600.

The downturn for Ethereum with the lows reached yesterday shows a drop of 18% in less than a week. ETH seems to want to consolidate the $235 today, an important level that will have to be confirmed without any drops.

A possible break would push the prices to find a very high margin of fall with the next bearish step that would reach 200 dollars.

Upwards, Ethereum needs to recover the 275 dollars, but just like bitcoin, it lacks any evidence of a return of purchases.

Raphaël Lacoste, the "Creator of Worlds" in NFT form