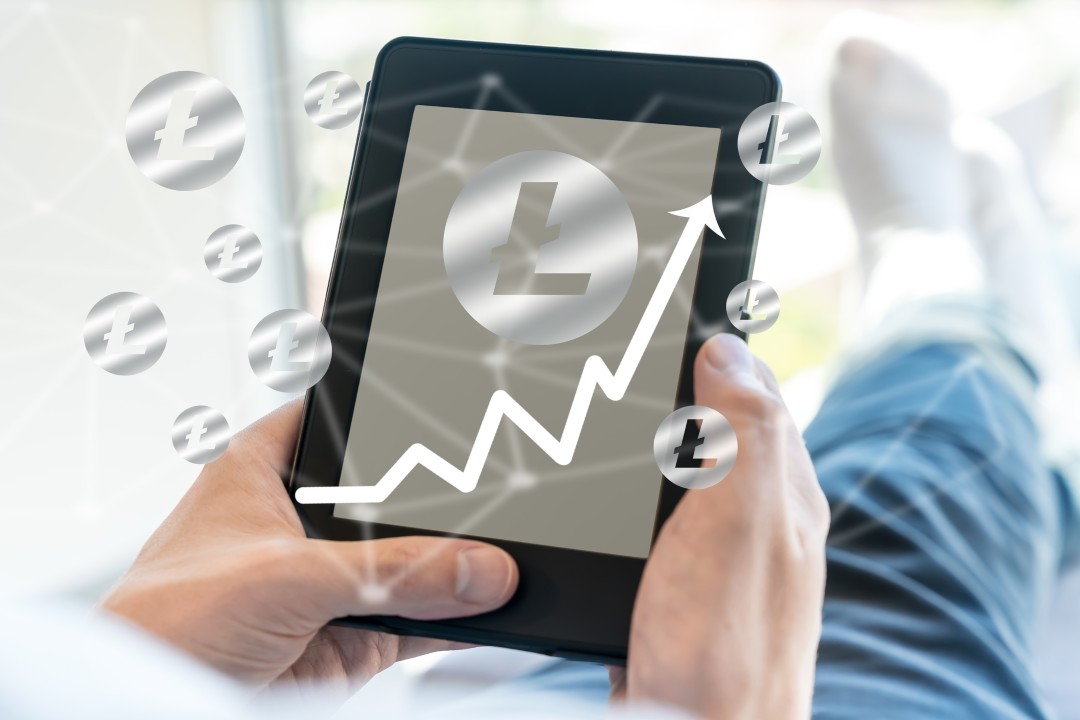 The price of Litecoin is on the rise.

LTC continues to be in the spotlight and even today it still achieves a double-digit rise, while in the rest of the cryptocurrency market, the situation remains substantially unchanged. Prices have moved within a very limited and narrow range.

The only positive note is precisely that of Litecoin which is close to a rise of 10%, the best performance of the day among the first 50 crypto per capitalisation. Litecoin’s price rises to over $140, which is the level abandoned in the first quarter of 2018. Litecoin is definitively out of the bear market that had characterised 2018. With this uptrend, from the January lows, it rose by 370%, while from the historical lows of mid-December 2018 it rose by more than 500%, a 6-fold gain.

This has allowed Litecoin to stabilise in 4th position among the largest capitalised and to move away from 5th position by distancing Bitcoin Cash by more than 8 billion dollars. LTC remains a long way from Ripple which capitalises 16 billion dollars (today XRP and BCH are up 1%).

The one that rises most of all is Egretia (EGT), which occupies the 95th position. It joined the top 100 in recent days, with a capitalisation of 66 million dollars, and today marks an increase of 36%. Yesterday Aurora (AOA) stood out with a rise of 75%, today it drops heavily with a 25% decline, highlighting the high volatility.

Leo (LEO), thanks to the rise of the last few days, has taken off and is close to 2 dollars, marking one of the biggest daily rises and the best rise of the last week. Leo is the token of the well-known Bitfinex exchange and is quickly climbing positions. In the last week, its value has grown by 34%, somewhat similar to Litecoin (+35%).

From the price of late May, Leo has doubled its value. This brings it to a capitalisation of about 2 billion dollars, in 13th position in the ranking, above Monero, Dash and Cosmos, a step away from climbing the 12th which is occupied by Tron, hence it is flying in terms of interest and projections.

The market cap is trying to stabilise over $250 billion. Bitcoin holds 55.5% of the market share, the same percentage as yesterday. Ethereum and Ripple also remain unchanged.

Bitcoin tries to attack the $8,000 level unsuccessfully. This is the third time in 5 days that prices have tried to violate this level which is more psychological than technical. A possible break would attract the $8,250, the level that had propelled every bullish attack in May.

Downwards, it remains important to evaluate the fluctuations within the $7,500-8,000 range. In case of downward violation, it is important to hold the support at 7200-7.500. In the event of failure to hold, there is space for a drop to $6,600 which could attract bearish speculation.

Ethereum remains substantially unchanged. The failure to recover the 265 dollars and prices that oscillate from the beginning of June around the area 250 dollars (now in the $245 area) become the centre of gravity of the daily movement upwards and downwards. In the short term, downward pressure seems to prevail. The extensions do not find sales to push prices below the threshold of 235 dollars. A possible violation would see wide downward spaces without defences towards the $200 area, a very dangerous level.

Upwards it is necessary to make a decisive recovery with the support of volumes over $265. If this does not happen, there will be a possible bearish head and shoulders, which will see the projection target at 200 dollars. But before stressing out, the evolution of these hours must be followed.