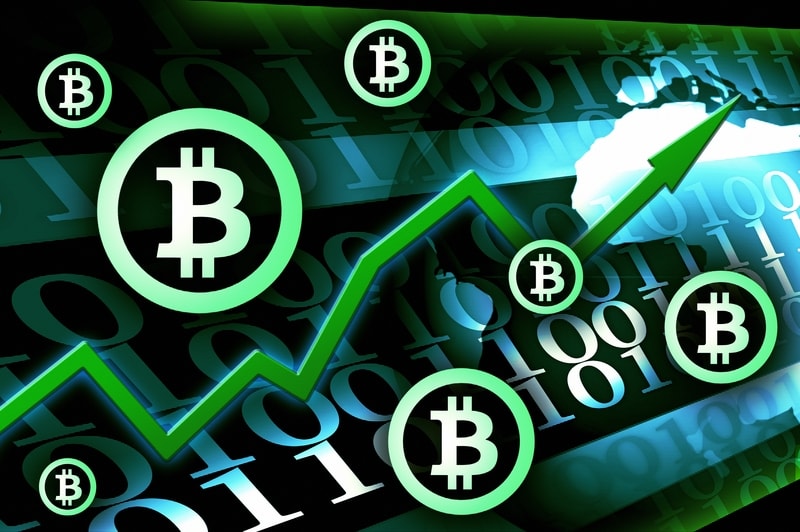 Yesterday afternoon’s rise accompanied the price of bitcoin to a step from $14,000, accompanied by rising volumes. In the meantime, Ethereum updates the record of the last ten months, revising the $360 and marking an increase for both on a daily basis, reaching almost 20%.

The particular parabolic phase, which in less than two months has recorded triple-digit percentage gains, once again attracts the speculation that on yesterday afternoon’s highs recorded an increase in sales, with prices slipping in a few minutes by more than $1000 for bitcoin, and $55 for ethereum.

Despite the setback, the dawn of Thursday sees the first two in the standings remain in positive territory with increases of 5% for bitcoin and 2% for ethereum. In the top 20, these are the only two positive signs of the day, with more than 70% of the sector experiencing a decline, showing a negative balance over 24 hours, although in the last hours the gap is decreasing.

Among the best, Chainlink (LINK) returns on the podium, rising by more than 15% with prices flying to $2.47 – an all-time high – achieving an average daily gain of 10% since the beginning of the month and thus, thanks to the growing volumes, climbing the positions and being among the top 25 in the ranking.

This daily performance is a step behind Clipper Coin (CCCX), which marks today +17% in 97th position with just over $71 million of capitalisation.

On the opposite side, among the most pronounced declines of the day, there are those of VeChain (VET) who, after the glorious day of last Tuesday with a performance of more than 70% in a few minutes, began a slow retracement that today sees another 13% drop. The same loss can be reported for Crypto.com Chain (CRO). Zilliqa (ZIL) also falls by 10.% and fails to confirm last week’s breakthroughs, dropping below $0.018, levels recorded in mid-May.

In the last few hours, total capitalisation has risen to close to $370 billion, levels abandoned in May 2018 with bitcoin dominance reaching 63%, a share last recorded on December 11th, 2017, a handful of days before the absolute record of $20000.

This absolute domination weighs down the market shares of ethereum which, despite the increases in the last few hours, is unable to recover 10%. Meanwhile, Ripple continues to slide, reaching 5%. Volumes are growing and are up 30% from the previous day, with over $145 billion traded in the last 24 hours. With more than 529,000 bitcoins passing from hand to hand in a day, for a countervalue of $7.1 billion, it is the fourth day with the highest volume ever.

The extreme euphoria continues to push up prices making it technically complex to follow developments and set new bullish targets.

To cool the spirits there is the doubt about the holding of a vertical rise that during the race in recent days has not built levels of support leaving the first ones more than 20% away from the current levels, in the 10500 area.

A possible sinking accompanied by speculation could record falls even between 30 and 40%, without affecting the bullish trend that began in April. Only drops of more than 40% from current levels and with prices below 8000 would trigger an alarm on the current annual cycle that has just begun. Upwards it is necessary to consolidate prices above 13500.

With the second best weekly rise among the top 15 in the ranking, Ethereum has shown that it wants to recover the bullish pace, recovering the scene and confirming the second position in the ranking with a capitalisation ($35.5 billion) double that of Ripple (XRP), which is just above $19 billion.

The return above $360 brings ETH quotations back to the levels of early August 2018, coinciding with the former support of April 2018. The pullback of ETH prices from the lows of last December is close to 20%, unlike BTC which recovers 50%, showing a movement that despite the good bullish dynamics is less attractive.

A return of investor confidence becomes necessary, who, however, are diversifying their attention and investments in other blockchain protocols that offer developments on smart contracts.

Having brilliantly surpassed $300 and witnessed the momentum beyond $350 in a few days is a positive signal for the medium term. For the long term, however, it is necessary to go beyond 450 dollars in the coming weeks/months.

It is important not to revise the $200 quota so as not to cancel the first signs of confidence that have emerged in the last month. Ethereum in the last 30 days, with a rise of 30%, is among the top five of the top 25 altcoins in the standings, better than EOS, Cardano, TRON and IOTA.