Augur: how does it work and the purpose of a prediction market

Augur is a prediction market that, especially in these times of the Coronavirus, might prove to be very useful: but how does it work?

Predicting or preventing the spread of a contagion and reacting correctly by filtering the noise of bad information, incompetence and spread of supranational sources, is not easy and never will be. How could technology help us in the future?

Thanks to a concept related to crowd psychology, a very useful way to get information about a future event, is to submit the question to a large number of people.

This means that in most cases the average opinion of the crowd is much closer to reality than the opinion of an expert.

How does Augur work

At the bottom of the article, we will briefly describe the features of the new version 2 (v2) of Augur which is currently being launched.

Although there will never be the presumption to predict the future or to solve such delicate problems as a pandemic, let’s try to understand what the Augur project is and how it could be useful in similar cases:

The creators of the prediction market, or more simply of the bet, receive a monetary incentive from the fees generated by the market itself, as users buy and sell shares related to the event being monitored.

It is not a new idea, prediction markets have been around for some time but Augur is the first to be decentralized.

Needless to say, thanks to Ethereum there is no need to trust a central authority to report on the outcome of the events inserted in the blockchain, the immutability of the data will be guaranteed.

Augur and the 4 parameters

There are many internal functions and a plurality of parameters, but we can summarize in a simple way four fundamental points to understand the system in its assumptions:

To analyze a practical application, one could, for example, imagine betting for an underprivileged political candidate.

After the elections, thousands of users will report the result using the Augur (REP) token, which means that the result of the event is not reported by a central authority, but by a large group of people participating in the Augur system.

The ICO of Augur

According to the whitepaper, the token distribution is as follows:

The proceeds from this ICO will be used primarily to finance the development of Augur beyond its initial version. 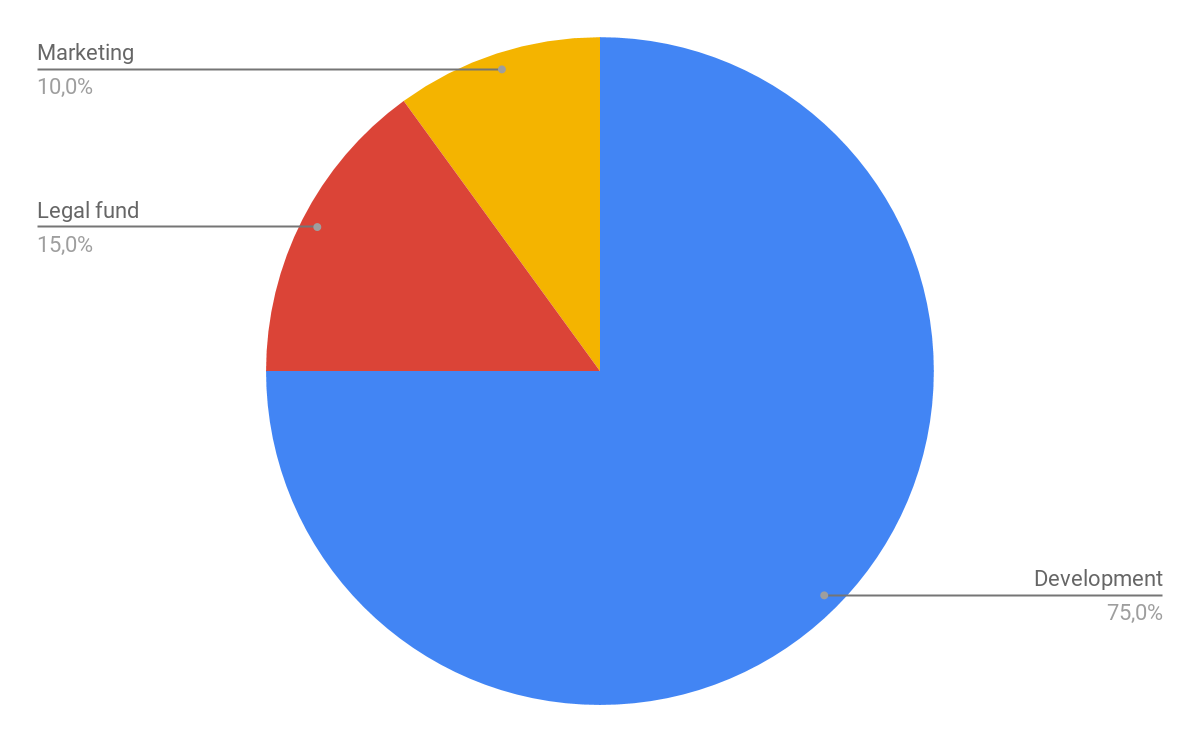 Markets and bets on Augur are created by individual users of the Augur protocol. But in order to be able to direct the launch of a decentralized platform without a real owner in the early stages, it was necessary to set up a foundation.

The Foundation consists of a group of developers and technology professionals who are passionate about the potential of decentralized applications.

The Foundation does not manage or control, nor can it control, which markets, bets or shares people execute and create on the Augur protocol.

People who create a market using the Augur protocol must ensure that they comply with all laws, rules and regulations of the local jurisdiction in which they reside.

The fees on the Augur protocol directly go to the market creator and the REP holders who report and contest the results.

The Foundation receives no commissions from shares, transactions, markets created or revenues generated by the use of the Augur protocol.

The launch of the new version is very close, in the last few days, 501 issues have been closed on GitHub and only 61 remain open.

This is what the new version will look like:

Previous article A conference to save us from the blockchain: ZkProof "home edition"
Next article How to buy Bitcoin with PayPal