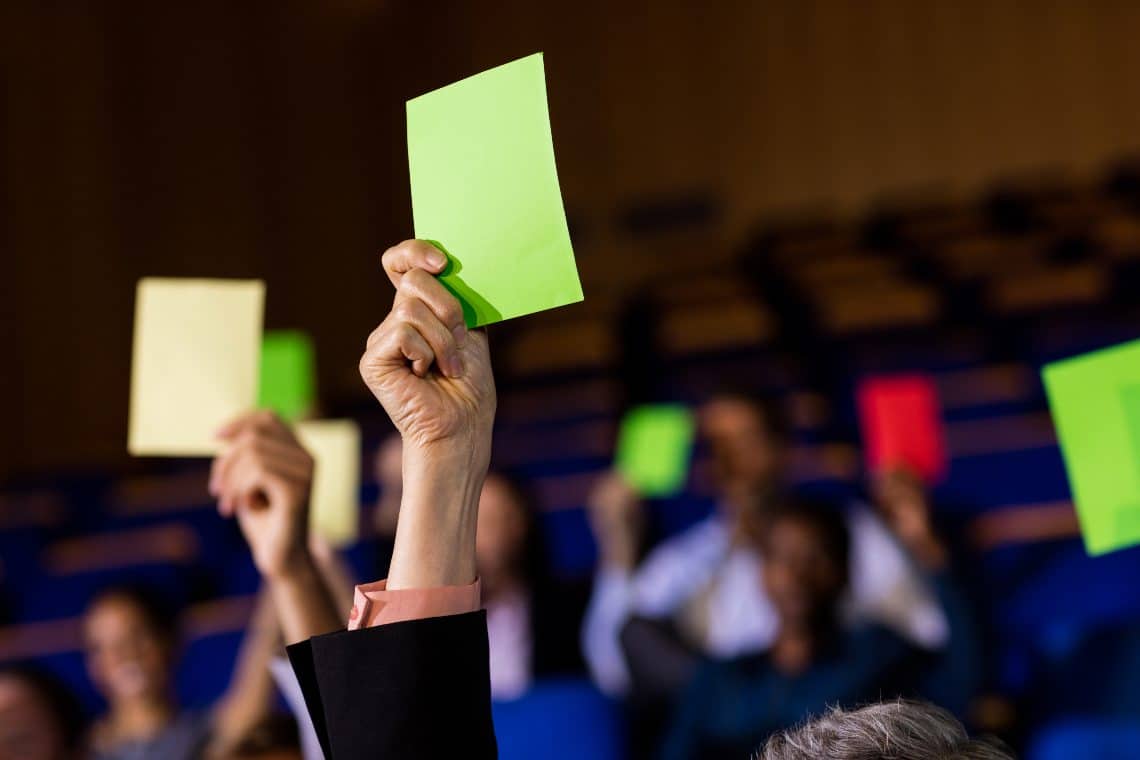 TRON: voting on the TRX blockchain

Today we will focus on the TRON (TRX) blockchain and how the voting procedure works.

Each blockchain has its own consensus system and structures in place for the proper functioning of the network, such as PoW (Proof of Work) miners, PoS (Proof of Stake) stakers or those who lock their funds or delegate them to other entities such as DPoS (Delegated Proof of Stake) protocols.

But not everyone knows that it is also possible to vote on these types of blockchains and obtain incentives.

First of all, it must be said that this blockchain uses the DPoS protocol and therefore there are no miners, but entities in charge of validating transactions, which in this case are called Super Representatives (SR), for a total of 27 participants.

They are ranked according to the number of votes received, whereas there are other SRs that failed to reach the top 27 but they are still candidates in case they have enough votes.

It should be remembered that, on TRON, blocks are created every 3 seconds and for each block, the SRs collect 32 TRX. It is thanks to this reward that SRs offer compensation to those who vote for them and allow them to stay in the top 27.

Having understood the SR system, it is now time for figuring out what a user needs to do and how to do it in order to actively participate in the blockchain network.

Some things are required to vote on TRON:

When using this blockchain, transactions consume both power and bandwidth and to obtain them, it is necessary to lock TRX within an account, otherwise there won’t be enough resources.

The votes on the TRON blockchain are calculated by number, in the sense that 1 TRX corresponds to 1 vote, the higher the TRX in our wallet the greater our vote weight will be.

That being said, now a block explorer can be used, in this case tronscan.org.

Then all that remains is to log in with our TronLink wallet.

When we lock assets (whole numbers only) we acquire both resources and TRON Power, which are points that will be used for voting.

After recovering TRON Power (even 1 is enough) simply go to the voting page here and press the green “Voting” button to open a submenu and check the available votes.

The screen is really intuitive and it is possible to see both the various SRs, with all the information, and our available and used votes.

Once we have chosen our SR, just press the “+” button to add our vote or the “-” button to remove our vote.

Finally, just click on the green “Voting” button to confirm the transaction.

The transaction consumes about 300 bandwidth and 0 energy, so if the transaction fails it is because there are not enough resources locked in the account.

How to choose an SR?

The answer to this question requires checking the various SR candidates, as some of them provide information about them as well as the rewards, since some SRs offer, in addition to TRX, other tokens or bonuses.

Here is an example of details of an SR: 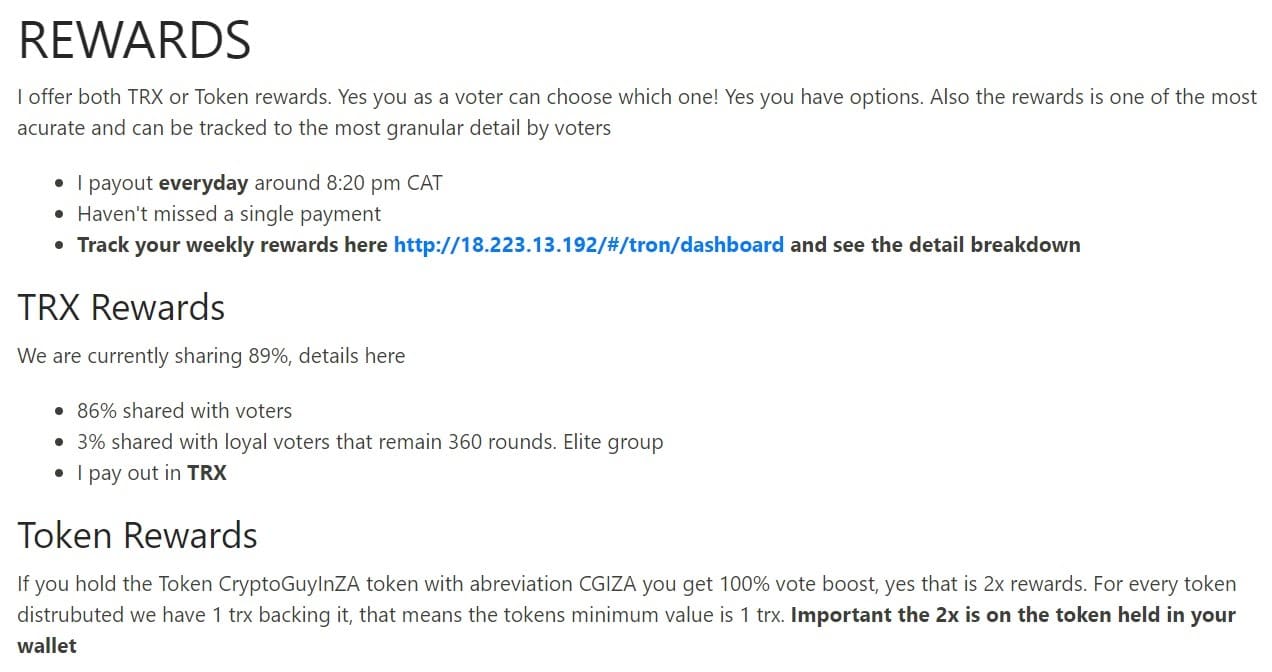 At this point, it’s up to us to consider whether we should vote for one or the other SR, also according to which tokens we want to receive, since there are also rewards paid in stablecoin.

In short, it’s pretty easy to vote on the TRON blockchain and it’s also profitable.

However, not everyone makes direct transactions on the wallet, some SRs require users to ask for the reward manually. In this case, simply go to the account page and press the “Collect Reward” button.

Previous article Judy Shelton at the Fed dreaming of a gold-backed cryptocurrency
Next article Stellar: the Cryptocurrency You Know Less About