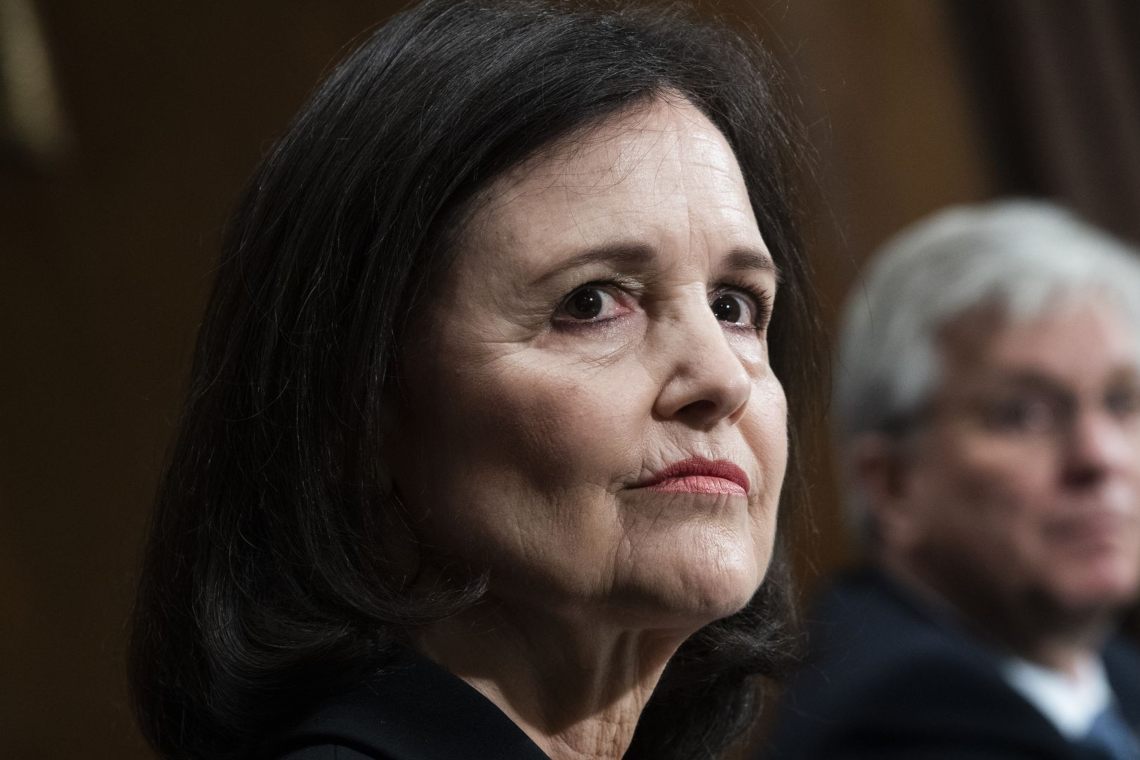 Judy Shelton at the Fed dreaming of a gold-backed cryptocurrency

Judy Shelton is about to join the board of the Federal Reserve. Her appointment directly by President Trump, however, has caused quite a stir because Judy Shelton is a proud supporter of a return to the “cryptocurrency style” gold standard.

This is the statement she made last May:

“I like the idea of a gold backed currency, it could even be done in a Cryptocurrency sort of way”

Judy Shelton’s appointment was much debated. Her profile, along with that of Christopher Waller, had been indicated directly by US President Donald Trump to fill two vacancies on the board of the US central bank.

The Senate Banking Committee was tasked with ratifying this past choice by 13 votes for and 12 votes against Judy Shelton’s name. The Senate will now have the final say in the matter in its entirety.

But according to CNBC, the name has caused a stir because Judy Shelton is considered a personality with extremist ideas. In short, she would be able to upset the balance and policies of the US central bank, as well as undermine its independence because of its proximity to Trump.

It even seems that during one of the hearings Shelton had withdrawn some of her most controversial statements. An attitude that ended up further fuelling skepticism and criticism from Republican Party representatives.

There are those who believe that the sudden shaking of Bitcoin’s price these days is due precisely to the confirmation of her name by the Senate committee. Actually, there are considerations to be made.

If Judy Shelton is also pro-Cryptocurrency and pro-Bitcoin, what seems to be really critical of the industry is Donald Trump himself. Judy Shelton is none other than Trump’s economic advisor during the 2016 election campaign. She’s what you might call a “very loyal” in politics.

Some speculate that if Trump wins the November 2020 election, Judy Shelton will be chosen to replace Jerome Pawell at the helm of the Fed in 2022 at the end of his term.

But that in itself is not good news for Bitcoin. Because Trump’s goal, through the appointment of Judy Shelton, is to have more control over the Fed. In short, the body would be anything but independent. And if Trump’s thought remains that of the July 12, 2019 tweet, there is little to suggest that Judy Shelton could revolutionize the relationship between the United States and Bitcoin.

For those who don’t remember, in that tweet a year ago, the US President said “not a fan of Bitcoin and cryptocurrency”, which he didn’t consider money, also because of their extreme volatility.

In short, there is little to cheer about.

Previous article All the advantages of cryptocurrency
Next article TRON: voting on the TRX blockchain