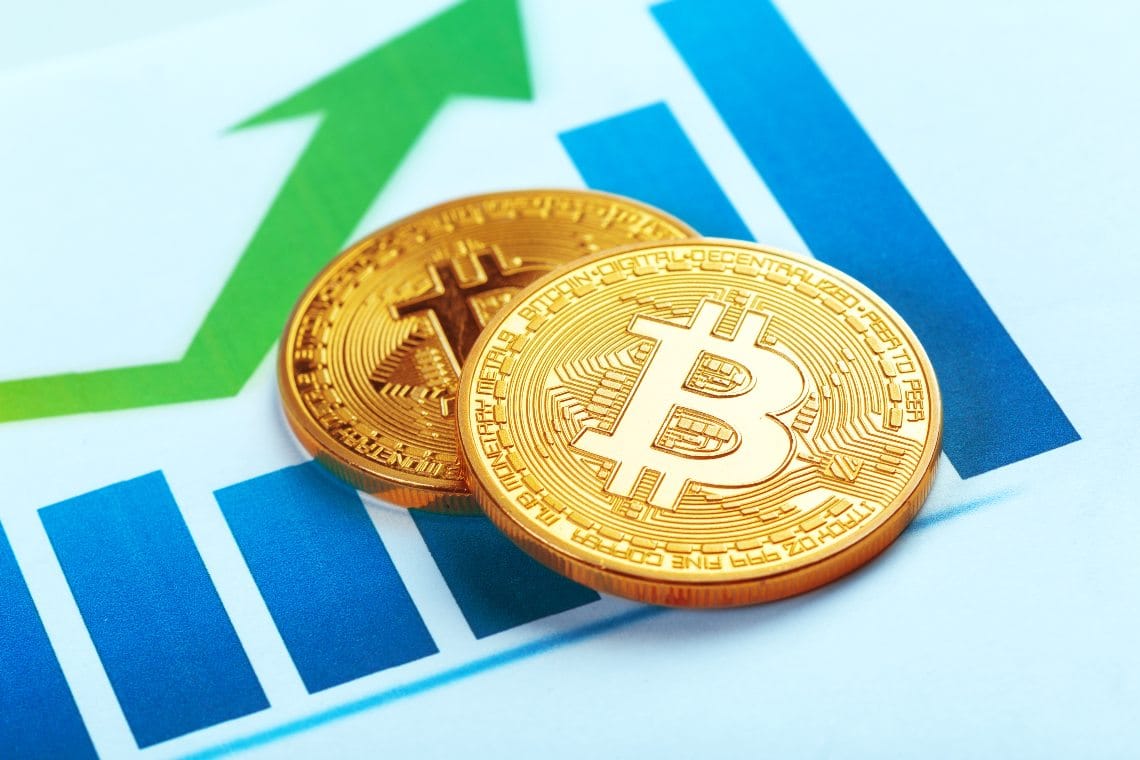 Why has the price of bitcoin is going up? Until July 22nd it had been steadily below $9,400 for a whole month, but from July 23rd it started to rise.

In other words, the price of bitcoin in the last seven days has increased by more than 12%.

Actually, it’s not only the price of BTC that has gone up in the last few days, because the price of ETH has done in some ways a similar path, although even more pronounced, and started a few days earlier.

On July 22nd ETH was worth about $240, but by July 23rd it had already gone up to over $270. After a short and contained retracement, it started to climb again, exceeding $280 the next day.

On the other hand, the overall market cap in the cryptocurrency sector has risen in the last seven days from $270 billion to almost $310 billion, an increase of almost 15%, while BTC’s dominance has fallen from 62% to 60%, before rising to 61%.

In other words, this is not an increase in value of bitcoin alone, but it is the entire cryptocurrency industry that is growing these days.

On the contrary, the fact that ETH has grown earlier, and more, than BTC seems to suggest that the reasons for this growth are shared by several cryptocurrencies, and probably not specifically related to bitcoin alone.

Why Bitcoin is going up according to experts

Anthony Pompliano on Twitter pointed out two aspects that could explain the bitcoin price growth.

First, he revealed that inflation hedging activities are increasing in the financial markets because many investors know that “you can’t print trillions of dollars with no impact to a currency“.

Then he also increased the dose by saying:

This is after the US introduced about $2.5 trillion in monetary stimulus.

The Republicans want another $1 trillion and the Democrats want about $3 trillion more.

This could explain the increase in bitcoin value, but not that of ETH or other cryptocurrencies.

However, Jameson Lopp also embraces the hypothesis of monetary stimuli as the cause of this increase.

However, there are obviously other hypotheses.

One of them takes into consideration the fact that some tokens, in particular those related to DeFi which have grown a lot in value in the last few days, have been falling slightly since yesterday. According to this hypothesis speculators who have gained well thanks to the sometimes powerful increases of these tokens in recent days, since yesterday have monetized these gains, reinvesting part of the gains on bitcoin.

These two different assumptions, however, could also be related, i.e. the first could be a consequence of the second.

According to financial analyst and independent trader Federico Izzi, this is not an unexpected increase. The period of lateralization has now lasted almost three months, with the daily volatility index having recently dropped to its lowest level for 4 years.

This, and other fundamental metrics, suggested a possible upward movement, thanks to the numerous signs of strength expressed by the Bitcoin network itself since January, if not December 2019.

In fact, already in February the price of BTC had reached levels similar to today’s, but then collapsed in mid-March along with global financial markets due to an exogenous event such as the coronavirus pandemic that caused a liquidity crisis forcing many Bitcoin owners to sell.

The massive growth in overall stablecoin capitalization in recent weeks to over $12 billion was also a clear sign of directionality, and this, along with the growth in value of ETH and DeFi tokens, helped bring the price of BTC just over $10,000.

The fact that gold is also showing significant price growth suggests that many investors are currently looking for a store of value, and the recent increases are nothing more than confirmation that all the upward signals of recent times were motivated.