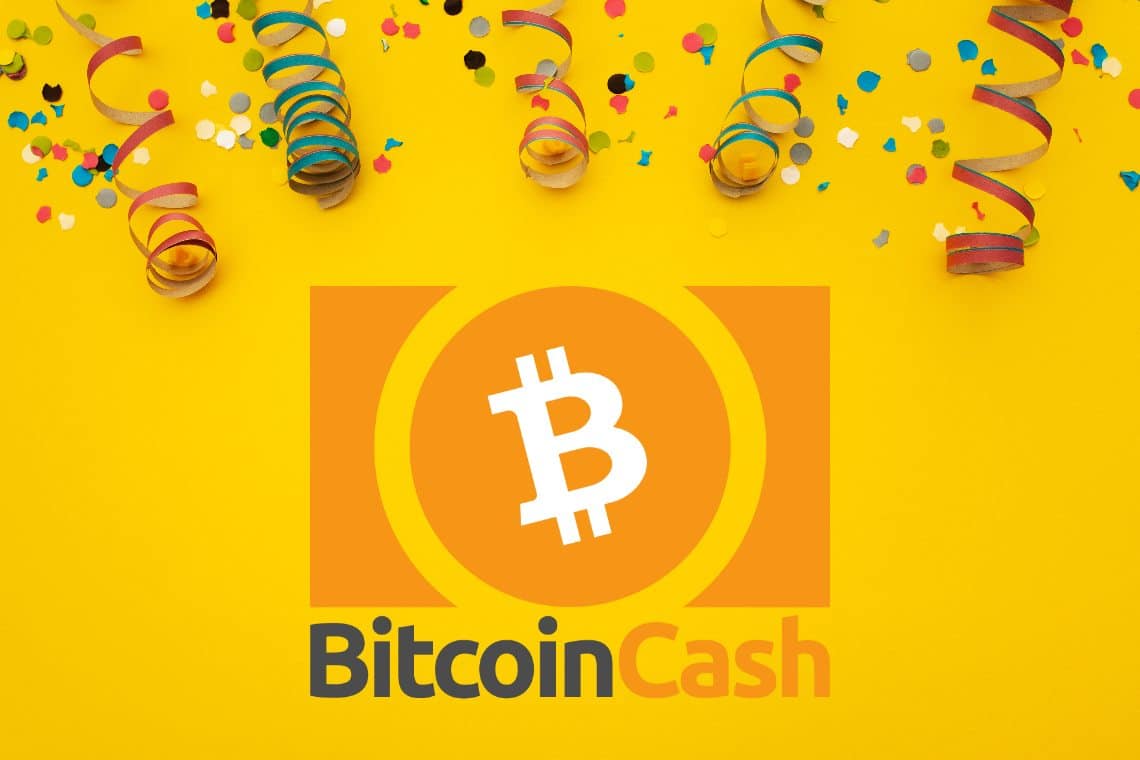 Today is the third birthday of Bitcoin Cash, a blockchain born from a Bitcoin fork in order to optimize its scalability and fees.

On the occasion of this birthday, here are some of the highlights of the BCH blockchain and the events that led to its birth.

The problems of Bitcoin

One of the problems that still plague the Bitcoin blockchain today is related to its scalability, i.e. being able to handle a few transactions per second, in part because of the size of its blocks, which at the time was fixed at 1 Mb.

Over the years countless were the announcements by developers, as well as conferences, which promised that the block would be increased to improve the scalability of the project, but each time this update was always postponed, to a point where it was understood that this would never take place.

The birth of Bitcoin Cash

As a result, part of the Bitcoin community prepared for an alternative plan to increase the block size up to 8 Mb.

The Bitcoin block was scheduled to increase in the fall of 2017, but this did not happen and the frictions in the community increased more and more until, starting in June, the mechanism to update the network was set in motion.

This led to a hard fork in the main chain, which took place on August 1st at block 478559, giving birth to Bitcoin Cash.

From that moment on, this blockchain achieved incredible goals and showed how this upgrade has brought great benefits, reducing the huge costs of Bitcoin fees that are still present today.

The recent news of Bitcoin Cash

The project didn’t just increase the blocks and lower the fees, they went further, for example with the birth of SLP (Simple Ledger Protocol) tokens, which are real tokens based on this blockchain and with a thousand uses since their creation is very simple.

A new hardware wallet, Satochip, has been created for these SLPs, which allows managing them without difficulty, and also thanks to these tokens it was possible to add the Tether (USDT) stablecoin, worth over 6 million dollars, on Bitcoin Cash.

Furthermore, the developers of Bitcoin Cash have created a smart contract system called Nimbus that will further expand decentralized applications on this blockchain, such as games but also decentralized finance (DeFi) dApps.

Nowadays, the blockchain has recently undergone an update leading to further improvements, while the new CEO of Bitcoin.com, a company whose main goal is the diffusion of Bitcoin Cash, is working to increasingly drive the adoption of this blockchain and BCH as a payment method, following the original will of Satoshi Nakamoto who wanted Bitcoin to be a “peer to peer cash system“.

Previous article DeFi: how to leverage on the EOS blockchain
Next article What's Riot Blockchain?

The Sandbox: the $SAND token available on Binance Launchpad