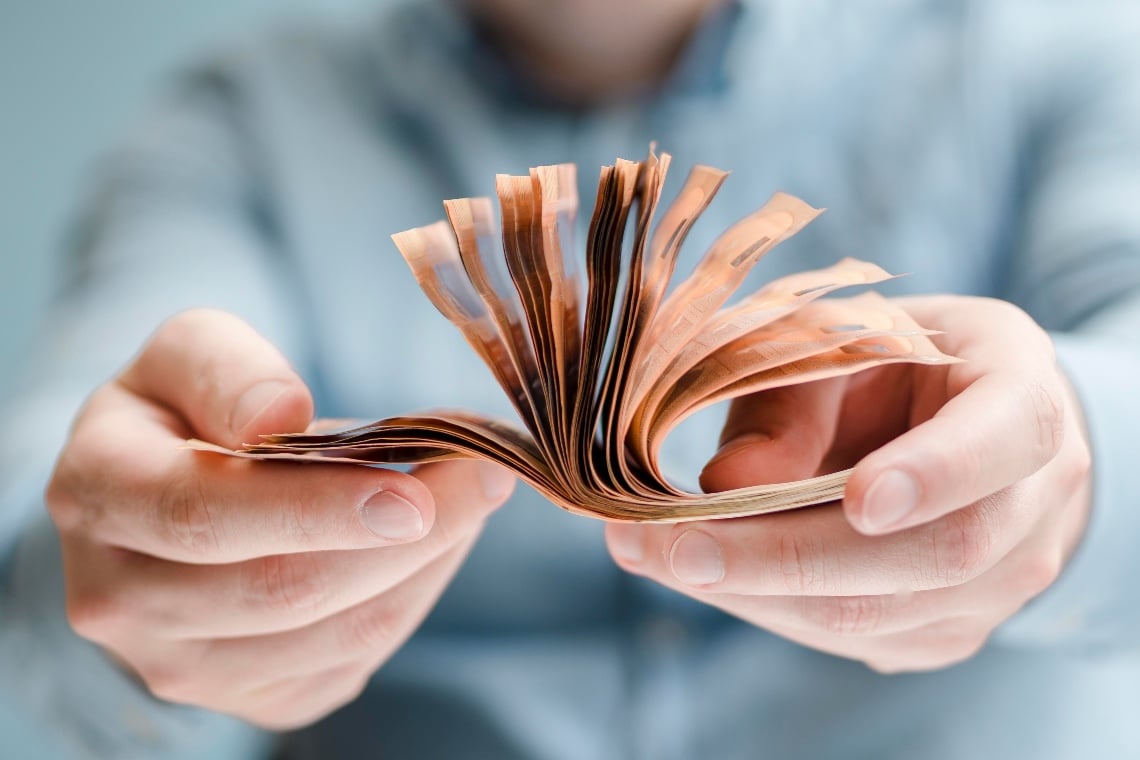 The first DEX to take advantage of this service is DeversiFi, as announced by the founder of Aave, Stani Kulechov, on his blog.

The new service is called “Credit Delegation” and consists of a transaction in which a depositor of the Aave protocol delegates a credit line to someone they trust.

It is possible to delegate credit lines to other smart contracts that perform certain functions, for example to obtain more interest.

In this way, those who deposit tokens on Aave can delegate their credit line to DeversiFi, which can withdraw funds from a dedicated Credit Delegation Vault, a simple debt wrapper based on the Aave protocol. The two parties use OpenLaw to sign the terms of service agreement.

OpenLaw allows to create legal agreements with the Ethereum executable code and, after signing the agreements, the deployVault() function of the Credit Delegation Vault proxy is called by OpenLaw through MetaMask. 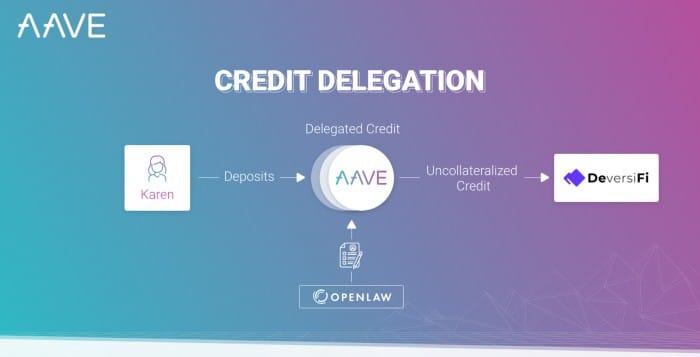 The implications of Aave’s loans

Credit Delegation could also allow Aave to obtain more liquidity from other DeFi instruments, or from traditional finance, without requiring collateral.

This step could open the door to DeFi loans to millions of users who do not have their own collateral, with the potential to expand the size of this market by several multiples.

In fact, as of today, DeFi services are still used by a very small number of people, compared to those who use CeFi instruments, and especially decentralized loans. These require the borrower to lock up funds with a value higher than the amount of those borrowed as collateral, and this obviously limits the usability of the service.

Instead, the Credit Delegation allows obtaining loans using third party collateral, thanks to agreements signed between the two parties through OpenLaw, which sets the details of the loan, such as credit limits, use of funds and repayment terms and regulates its management.

Obviously, those who provide their collateral, often to obtain higher earnings, must not only comply but must explicitly sign the agreement with OpenLaw and trust the person or smart contract to whom they entrust their collateral.

Aave, however, warns that although the Credit Delegation’s smart contract code has been verified by PeckShield, it is still experimental and users should still use it with caution.

Previous article Goldman Sachs is working on its cryptocurrency
Next article Charles Hoskinson: a paper wallet with $1 million in ADA