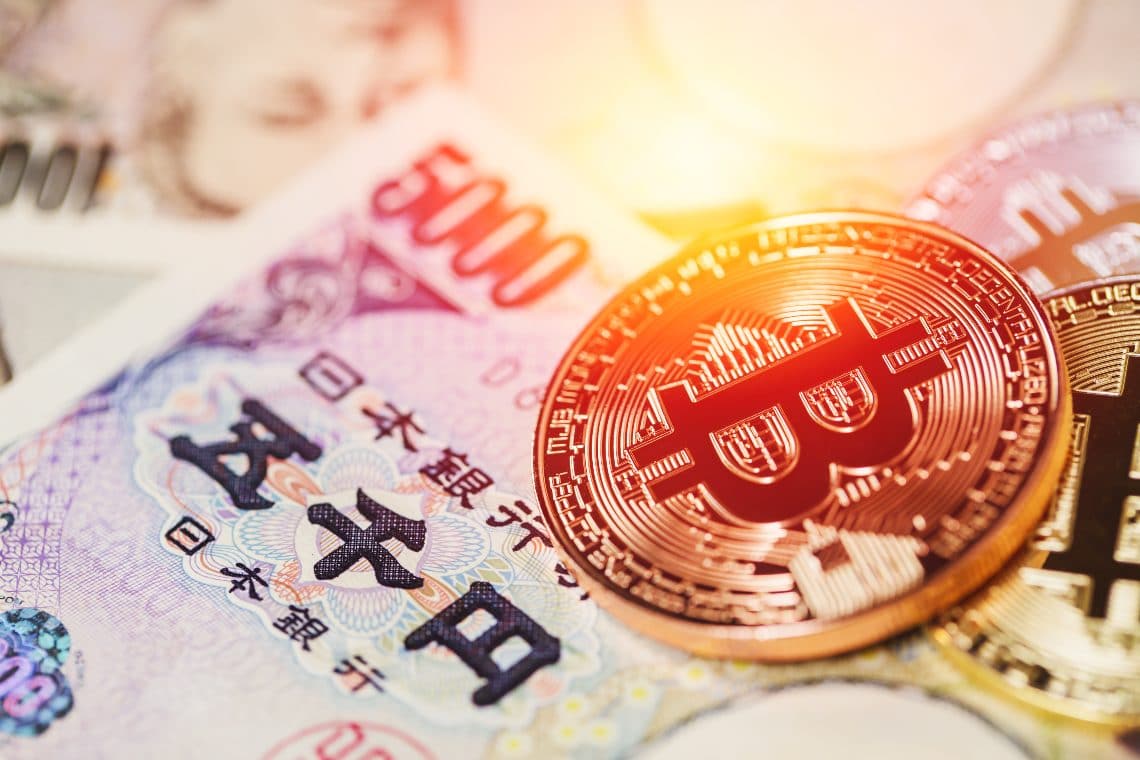 It is widely known that any discussion going around about cryptocurrencies will sooner or later bring the conversation to Japan, although it was abandoned during the Covid-19.

The country is basically a stockpile of cryptocurrency investors and users. In 2018 Japan used to be the third-largest economy in the world for Bitcoin (BTC). This means that a lot of times when the Bitcoin is being traded the Japanese Yen is being used as well.

Actually, 11% of the global trading volume of BTC is done in yen. This is quite closely followed by South Korean won. Although the United States dollar is dominating global trading.

Keeping in mind the size and population of 127 million people in Japan, 11% of global trading volume is a huge achievement. Not only that but 56.2 percent of bitcoin was concentrated in Japan only according to the Forex Brokers List website.

Although after the novel coronavirus pandemic happened, it seems like something has changed in the Japanese investor’s minds. A recent report, which is being updated by Japan’s self-regulatory body Japan Virtual Currency Exchange Association, or JVCEA, is showing that the total number of active traders in the country has decreased significantly.

This event occurred before the actual state of emergency has been declared in the country. The policy was activated to make sure that the spread of the coronavirus would be halted as much as possible. As a result, a lot of crypto exchanges have reported much lower activity from the users than they normally would. This is generally caused by the spike in fiat currency deposits.

Due to the fact that cryptocurrency is not backed by any governmental organization or financial institution the volatility, as well as the liquidity of the assets, is quite high. This means that a lot of people are being wary of market instability. The fears of cryptocurrencies dropping in price have urged the population to invest in fiat currencies that have some kind of backing from the government and thus are ensured to be traded by major banks even if the market price falls.

This information is coming from data collected in March 2020 by JVCEA. According to them, the number of active crypto accounts that were previously registered in the region has decreased from 2,048,501 to 2,044,806 in March. This means that around 3695 accounts have not traded any digital assets at all.

How Covid-19 changed the use of crypto in Japan

Yuya Hasegawa, who is a market analyst at BitBank, has made a report that even though the activity has decreased, the number of fiat deposits has done the contrary and thus had a spike in numbers in Japan. This is mainly caused by the awaited stimulus package which is going to givr around 940 dollars or 100,000 Japanese yen, to households all across the country.

Yuya Hasegawa also added that these deposits didn’t stay long on the exchanges. He has come out stating that the number of deposits and the degree of increase is marginally small. This means that there is not enough data to conclude with confidence that a number of Japanese investors are using the stimulus checks on crypto exchanges. Some did, most did not. This is quite different from what we saw in the United States.

The difference is caused by the overall different culture of life between the two countries. Hasegawa has specified that in general in Japan on average households dedicate around 15% of their income to the financial products (this does not include insurance, pension, and standardized guarantee scheme) and as much as 50% to savings where in contrast in the US and EU households allocate much more to financial products and much less to savings.

The Bank of Japan has revealed in July in their supply of M3, that the volume of deposits by individuals, corporations, and local government has made a jump of 5.9% in June which accumulates to $13.5 trillion. As a note, the national state of emergency in Japan began on the 8th of April.

Yuya believes that once Corona Shock hit the general financial market it created a demand for margin calls. This has led to a number of investors withdrawing their deposits from the exchanges to stack up on cash in case something bad would happen in the future. It means that a lot of investors were preparing themselves for an event much like the Great Depression where the unemployment rate would rise and the income would fall. Even without the pandemic the state of emergency generally has such strings attached to it due to how the country is being run with that policy in place.

Although it is also true that the JVCEA’s report makes things look much bleaker than they actually are. Hasegawa has reassured everyone in the report that this slight decrease in the number of active accounts does not, to any extent, mean that the Japanese people are losing interest in cryptocurrencies.

Bitcoin (BTC) is making bullish traders quite excited in these times due to the fact that it rose to $12,000 quite fast. It is also true that some accounts that had generally low activity have been trading day and night making the trading volume 2-3 times more this week alone.