With four positive days out of five, the week is closing in green for the third consecutive time, with an increase of more than 25% for Bitcoin and a performance of more than 60% for Ethereum (should prices on Sunday evening close the day at or above today’s levels).

To find a similar trend, in terms of time and intensity, it is necessary to go back to May 2019 during the rally period that terminated at the end of June, establishing the highs of the period recently broken with the rises of the last days.

Today saw more than 75% signs above parity, bringing the market cap back to one step from $360 billion, the highest level in the last 13 months. 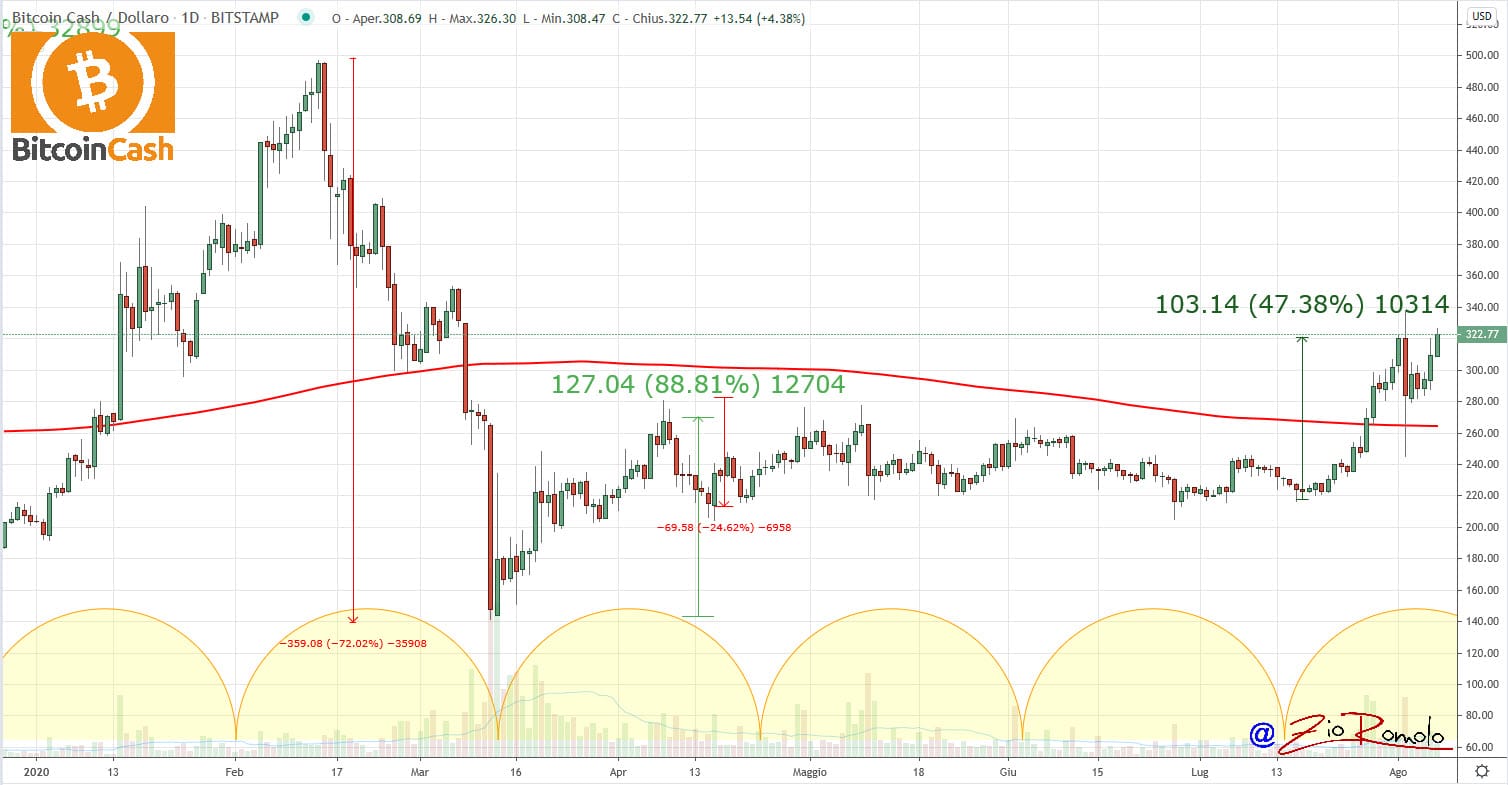 On a weekly basis, among the first 40 capitalized there is only one red sign, that of Ethereum Classic (-1.5%) that does not seem to suffer particularly from the recent 51% attack against the network that has forced some exchanges to block trading activities.

From last Friday’s levels, the podium is occupied by Zcash (ZEC) with a performance of +35%. Followed by Chainlink (LINK) up by over 30%, consolidating 9th place in the standings. Third place for Dash (DASH), which with a 25% gain highlights a week with operators rewarding the privacy coin. 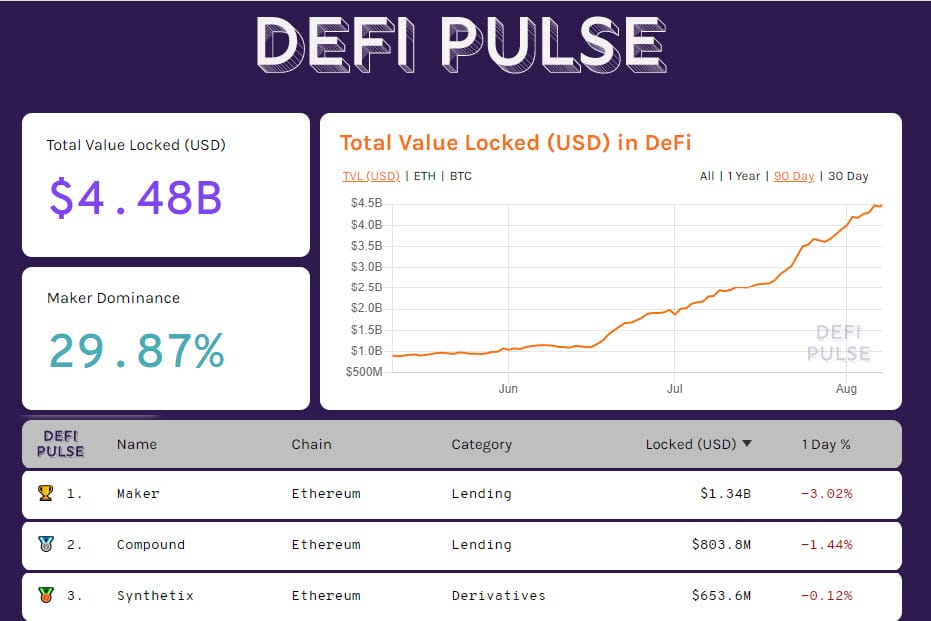 The positive streak of new daily liquidity locked in DeFi projects continues. Today the Total Value Locked is close to $4.5 billion. With more than 21,600 units, there is a new record of tokenized bitcoin on the ERC-20 network.

Undisputed leader is the WBTC project with over 16400 BTC, followed at a distance by Lightning Network with 993 BTC, the ‘official’ second layer developed on the Bitcoin Blockchain. Other projects used include RenBTC with over 2580 units, sBTC with over 1000 and pBTC with over 50, the latter is a project recently launched by pTokens.

Bitcoin (BTC): a week on the rise

In the last few hours, the bulls are back to attacking last weekend’s highs with prices again close to $12,000. 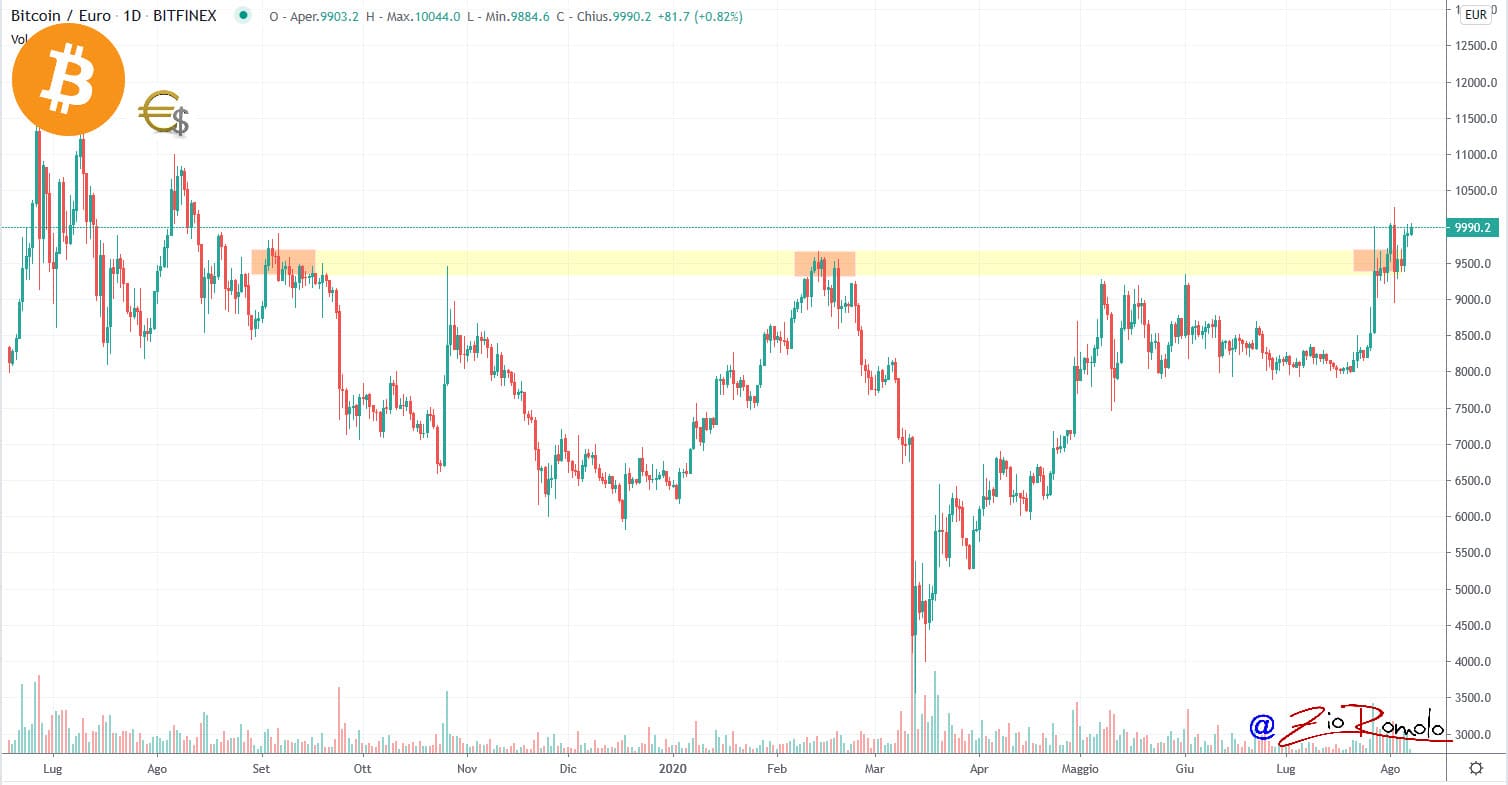 A strong sign also for Bitcoin against the Euro, testing the 10,000 points during these hours.

It will be necessary to find new purchasing volumes, which have remained tonic but not enough to bring down the recent highs. Levels where professional operators during the week have raised barriers to defend the highs by increasing Call option contracts, while the downward protections remain stable with the first level defending the 10,450 area.

The wall protecting the 8,900 area remains confirmed. Any descents under this last support could compromise the bullish structure.

The new attempt to go over $400 fails, with extensions just below the recent $415 maximum set Sunday, August 2nd.

Protections are heard in the $410 area where professional operators with a high number of open calls are located. Over the course of the week, the number of contracts in Call options has increased, establishing other key levels, in the event of an increase, positioned between $430 and $455.

On the downside, large movement areas up to $300 remain open in the event of a violent U-turn. An indication that the level of caution must be kept high.