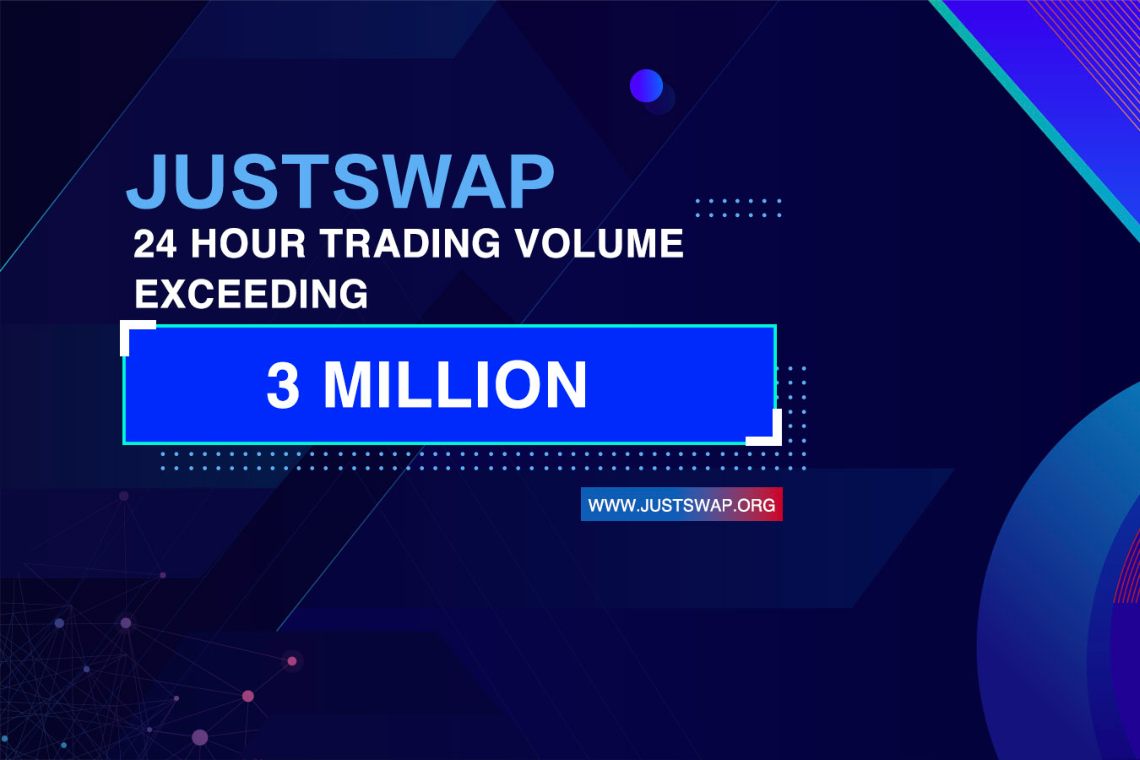 As announced on Twitter, the JustSwap platform has been a great success and within 24 hours of its launch, it already has liquidity of over $3.5 million, with volumes of $5 million.

And numbers #JUST keep going UP📈

Not bad for the first day, isn't it?😜 pic.twitter.com/NcnhYhgKIG

For those who are not familiar with this project, this is the first platform allowing to exchange tokens of the LP (Liquidity Pool) protocol.

From the data available, it’s possible to see that Justswap scored a real record despite it being launched only yesterday, although these numbers are still very low for now in order to be challenging a giant in the industry like Uniswap or Balancer which operate on Ethereum.

In any case, from the very first hours of activity, the platform has been recording impressive volumes, reaching a total of $3 million in just a few hours and exceeding 2 million in liquidity in a short time.

JustSwap is an extremely important tool for decentralized finance (DeFi) because it is possible to exchange any token based on the TRON blockchain. Furthermore, JustSwap also allows users to create their own token pool.

The launch of JustSwap for growing DeFi on TRON

It is clear that DeFi is expanding also on other blockchains and that of Tron is gaining a lot of traction both with respect to Ethereum, which has the advantage of being the first, and with respect to EOS, which has already had such tools for a long time.

This is just the first of several new features that have been announced since the launch of TRON 4.0 and all are focused on decentralized finance.

For example, last March a stablecoin was launched on Tron, called USDJ. Moreover, 60% of Tether‘s volumes are based on the blockchain founded by Justin Sun.

Anyway, the positive news of JustSwap is also reflected in the price that is slowly and inexorably growing and that is causing TRX to be traded at around $0.03.

When comparing it with the value it touched during the crypto crash, when it collapsed to $0.009, we’re talking about an increase of 233% in just 5 months.

Previous article Problems for Binance as Bitcoin reaches $12,000
Next article Bitcoin.org: the website registered by Satoshi Nakamoto 12 years ago