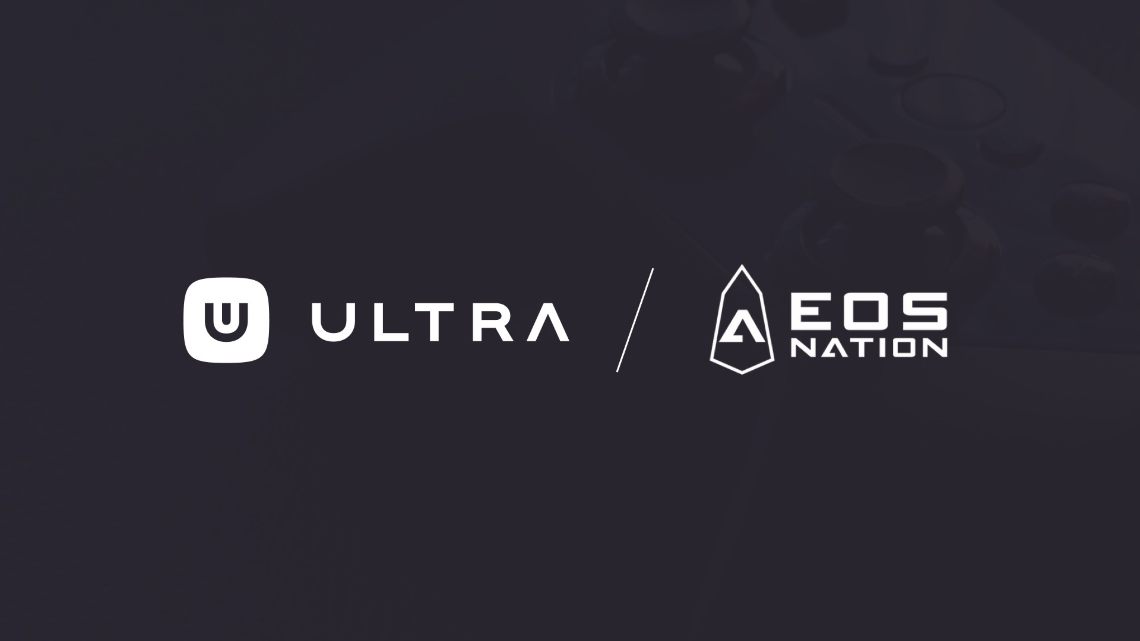 Yesterday the team of Ultra, an EOSio-based blockchain platform dedicated to the world of gaming, announced that the largest block producer (BP) of EOS, EOS Nation, will be one of the BP of its blockchain.

The Ultra team is excited to welcome @EOS_Nation as a new Block Producer, alongside @Ubisoft, @bitfinex, @eosriobrazil and @eoseoul_kor

EOS Nation will join the launch of our public testnet, which should take place in the next couple of weeks. https://t.co/GwmmQzDiwf pic.twitter.com/PvLF787f8u

Before delving into the news, it is worth mentioning that the EOS blockchain is based on open-source software, called EOSio, which allows the whole blockchain to run and allows BPs to produce blocks and users to make transactions.

The interesting thing about this software is the ability to be interoperable by default with any blockchain-based on it. For this reason, over time several sister chains were created that have a similar operation but with some parameters altered compared to the mother blockchain: for example, they differ in the type of resources, number of BPs and so on.

Ultra has chosen to combine CPU and NET resources and call it Ultra Power and make their management more efficient.

While it is true that the software behind the blockchain is almost the same, this means that even those who run it can move or activate parallel systems with minimal effort, since the resources and the various command-line interfaces are 90% identical. This makes it very easy for a BP of a blockchain to become BP of a sisterchain as well.

The EOS Nation BP on Ultra

And so this is how one of the most important BPs of EOS, EOS Nation, has decided to become a BP also on the Ultra blockchain and will already be able to start with the public testnet phase that will be launched in the coming weeks.

Thanks to a BP of this calibre, Ultra will also boast a good level of evangelization of its blockchain, as commented by the co-CEO of Ultra, Nicolas Gilot:

“We are excited to welcome EOS Nation as a block producer of Ultra’s blockchain, their experience speaks for itself with 99.9% round availability and their ongoing contribution to the EOSIO ecosystem. EOS Nation will offer prime access to all the EOSIO developers, evangelizing the technology Ultra built for the past years, bringing the first mass market blockchain solution to the games industry.”

Indeed, the contribution of such an advanced and responsive team to the community’s demands will only accelerate the adoption process and shape the gaming industry, added the CEO and co-founder of EOS Nation, Yves La Rose:

“EOS Nation is excited to join Ultra in their quest to transform the video game publishing space. Our world class talent and infrastructure is a key asset for the needs of the Ultra network. We’re honoured to contribute this expertise alongside other industry leaders as we work to deliver value to gamers and game developers around the world. Positioning EOS Nation and Ultra at the core of the future of the gaming industry is an opportunity of a lifetime.”

Finally, let’s not forget that only a couple of days ago Ultra released its SDKs and anyone can request them to create games for the platform.

Previous article Hawaii: 12 crypto exchanges allowed to operate without license
Next article OMG Network: the price of the crypto rises thanks to Tether