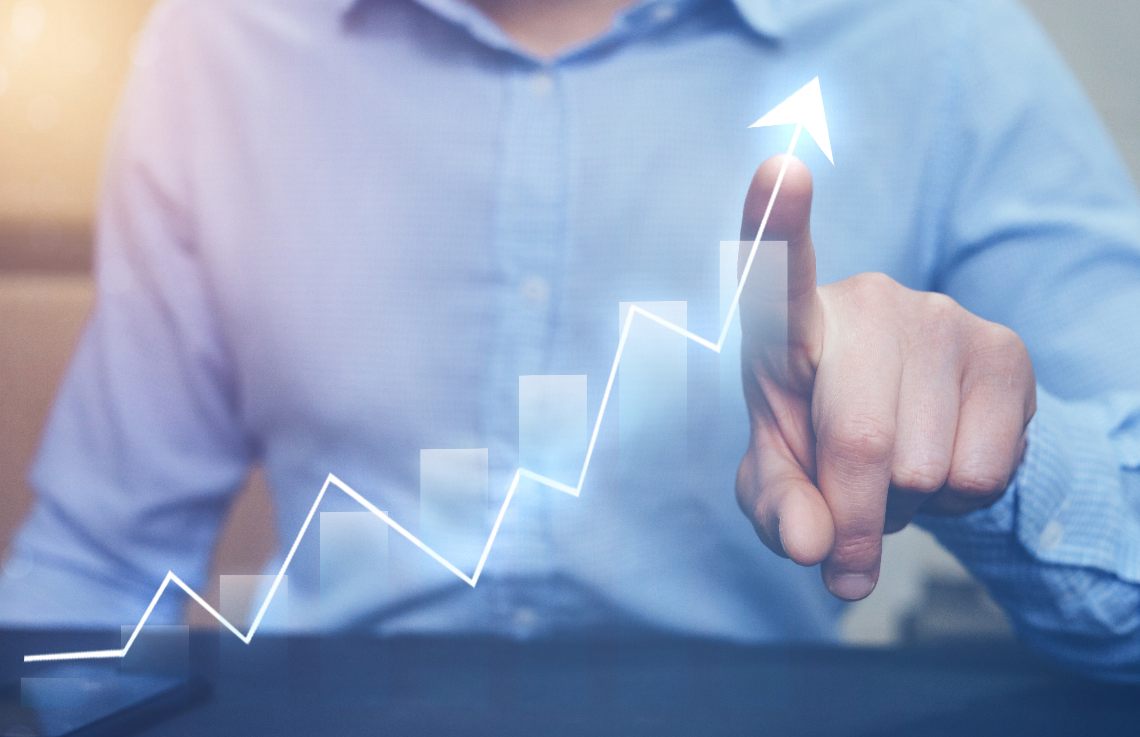 Chainlink grows: the reaction to the downward trend

Scrolling through the list of the top 20, there are only two green signs: Chainlink, (LINK) which is growing and rising by 6%, and Tron (TRX) which is rising by 1.5%. 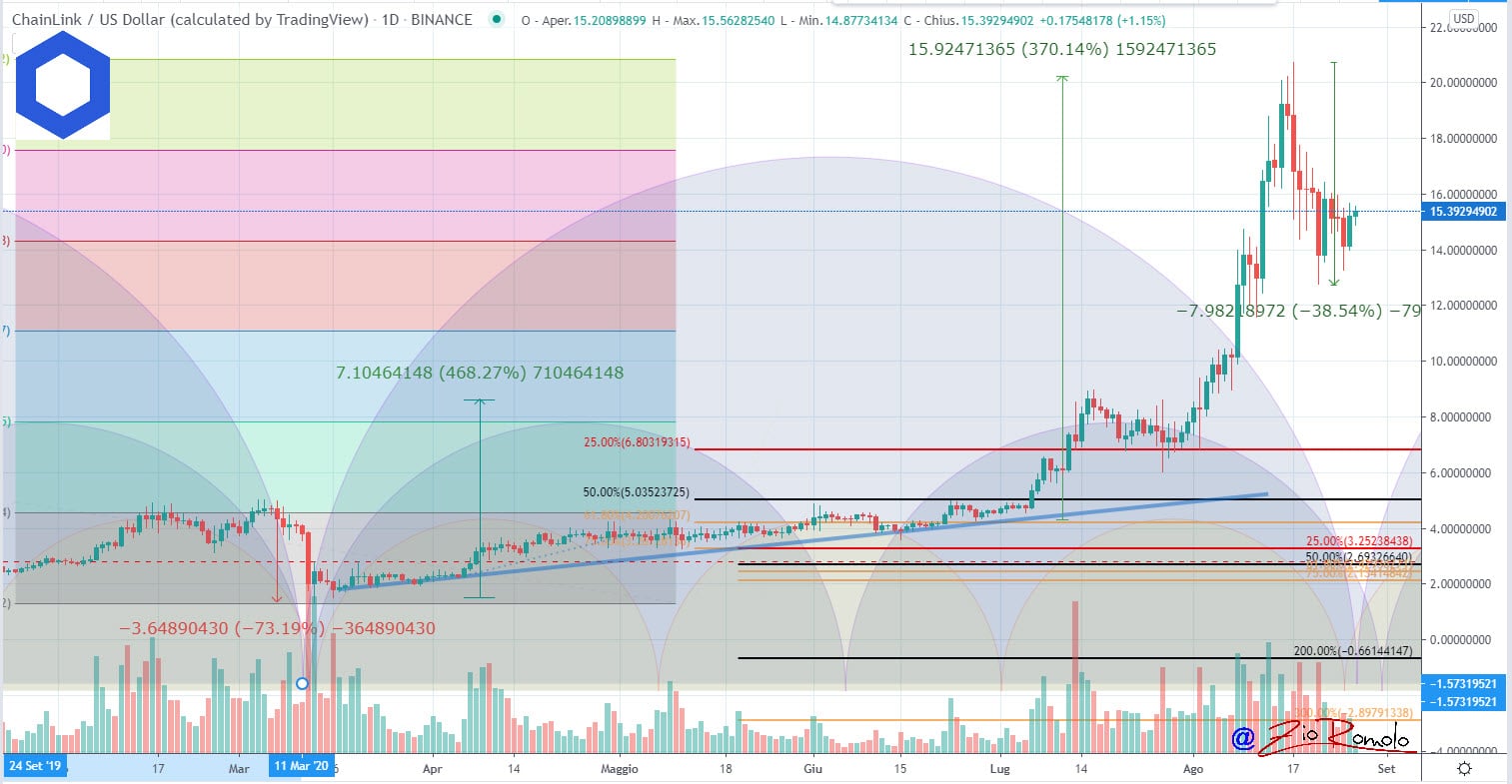 With today’s uptrend, Chainlink reacts to the bearish trend. After having touched the absolute historical maximums on August 17th, with prices that have exceeded 20 dollars, LINK has inverted the trend, with a decrease of 40% that has brought it under 13 dollars.

Prices try to react by returning above $15. The structure of the short period is weak, while in the medium to long period perspective it is set to the rise. Chainlink grows also in terms of capitalization and after 5 days it recovers the 5th position in the ranking.

Overall, there are now 60% positive signs in the top 100 cryptocurrency ranking. This is attributable to medium and low capitalization altcoins.

Among the biggest rises of the day in 33rd position is Celo (CELO) which flies 40%, followed by bZx Protocol (BZX), +30%. The third step of the podium is occupied by FlexaCoin (FXC), up 18%.

The trend tries to change course also in a weekly perspective: the performance from last Thursday’s levels see the red signs prevail. Among the top 15, only Crypto.com (CRO) is up 4%. All the others are below par.

Total volumes are down sharply, with a loss of more than 20% at over $155 billion. Trading volumes on Bitcoin remains tonic, with figures of over $2 billion.

These are not the highest seen in August, when peaks of over 3.5 billion were recorded several times. But in terms of the number of bitcoin exchanged during the day, the average daily trade is higher than in the last month.

This is different for Ethereum, which does not record particular movements in volumes, even if for the third consecutive day it records exchanges for over 1 billion dollars. 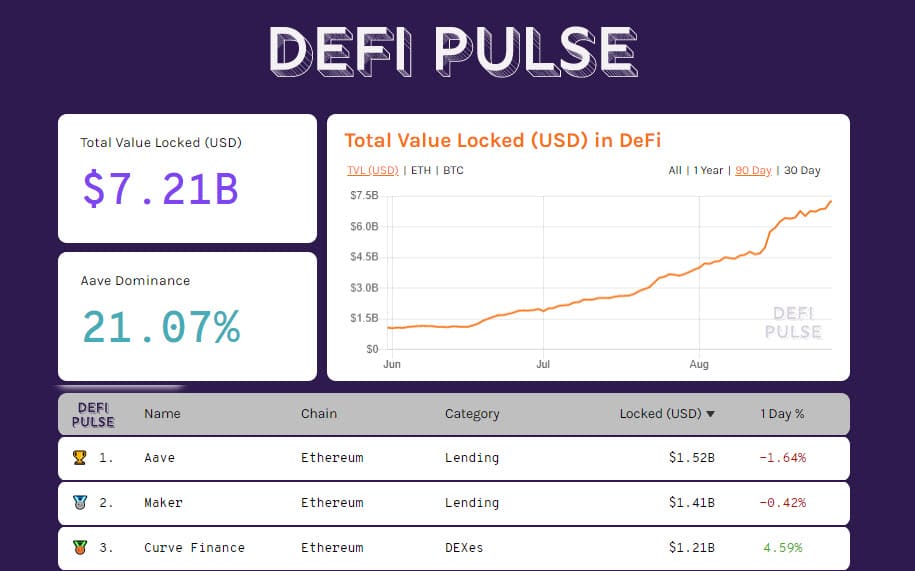 New records for DeFi, bringing it to over $7.2 billion in TVL (total value locked). Record also for Ethereum locked on dApps, about 4.9 million units.

New all-time high also for bitcoin locked in dApps. wBTC, the first dApp with over 51,000 BTC locked, is the leader for the tokenization of bitcoin using the ERC20. Also similar to wBTC is pBTC, which offers the same capabilities. This confirms that the industry is very energetic and vibrant.

Aave consolidates its leadership position achieved two days ago with over $1.5 billion. Maker follows with $1.4 billion and Curve Finance at $1.2 billion.

The structure of bitcoin continues to give no particular indications. The $11,200 is confirmed as a crucial monthly support.

Ethereum tries to consolidate prices above 380 dollars. The crucial support downwards is at $355.

At this point, for BTC and ETH, it is necessary to look more at the holding of the supports than at the breaking of the resistances, which have not changed in the past few days.