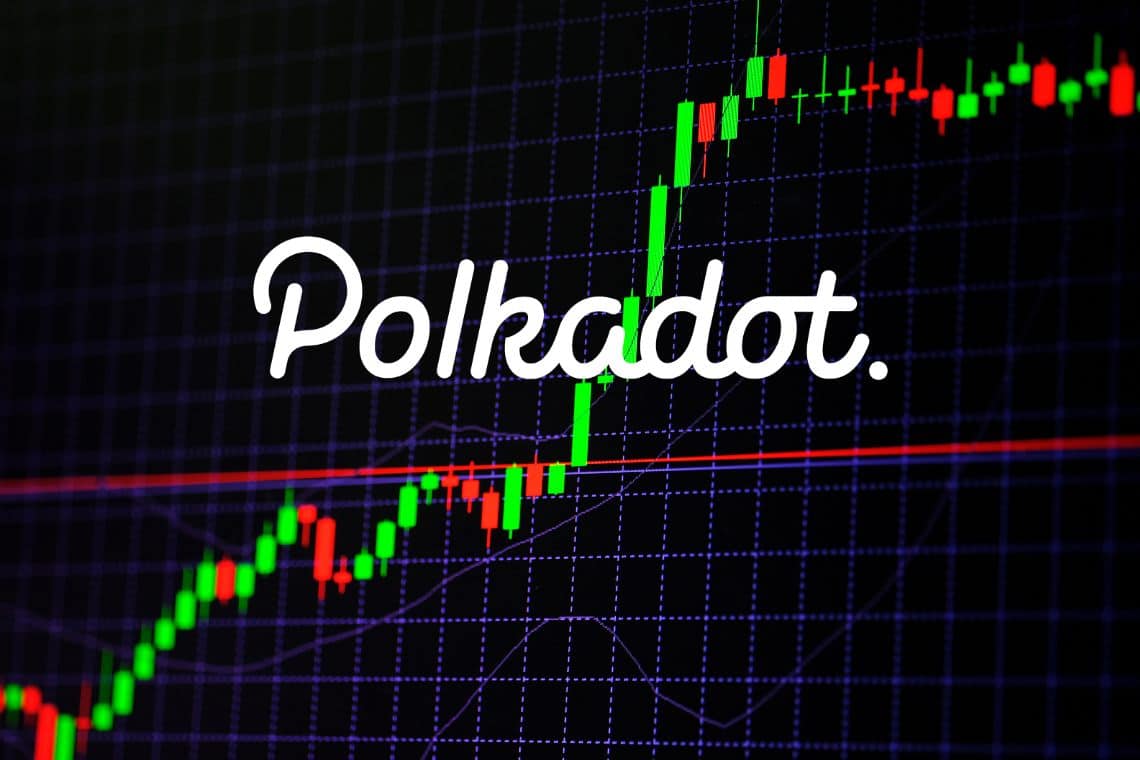 The rise in the price of Polkadot (DOT)

Since the release of the Polkadot (DOT) cryptocurrency on exchanges, its price has risen exponentially.

The price rally of Polkadot

This new cryptocurrency debuted on the crypto markets at around 3 dollars and until August 22nd the price had fluctuated around this figure.

But from the middle of the day on Saturday, August 22nd it started to rise, very quickly.

In other words, the price doubled in about 10 days since the launch.

There are, however, conflicting data regarding its market capitalization. In fact, although the price level is similar across several platforms, there is no unanimity on the circulating supply.

For CoinGecko there would be around 900 million DOT in circulation, with a market capitalization of around $5.5 billion.

This would place it in sixth place overall among the cryptocurrencies with the highest market capitalization, even ahead of Bitcoin Cash and Litecoin.

But other platforms show different data.

For example, according to CoinPaprika, out of the 984 million DOT created, there would actually only be 289 million DOT in circulation, so the market capitalization would be $1.7 billion.

Polkadot would be the sixteenth cryptocurrency in the world by market capitalization, behind Tezos (XTZ), Cosmos (ATOM) and Stellar (XLM), but ahead of Tron (TRX) and Monero (XMR).

CoinMarketCap, on the other hand, does not show any data concerning the circulating supply, and therefore does not calculate the market capitalization of Polkadot.

It should be noted that market capitalization refers simply to the total number of tokens in circulation multiplied by the value of a single token (the so-called “price”).

The Polkadot project was developed by the Swiss Web3 Foundation which is working on a decentralized, functional and user-friendly web.

The platform was built to connect private and consortium chains, public and permissionless networks, oracles and other technologies that will be developed in the future.

The goal is to facilitate the creation of an Internet where independent blockchains can exchange information and transactions in a reliable way through Polkadot’s forwarding chain.

The project is still in its infancy, so the success of its token is mainly due to the expectations of investors and speculators.

Moreover, it is not a financial project, but an infrastructural project, so it may take some time for it to be fully implemented, launched on the market and possibly successful with end-users.

Expectations on this project are very high, but it should be kept in mind that expectations are not always necessarily met.