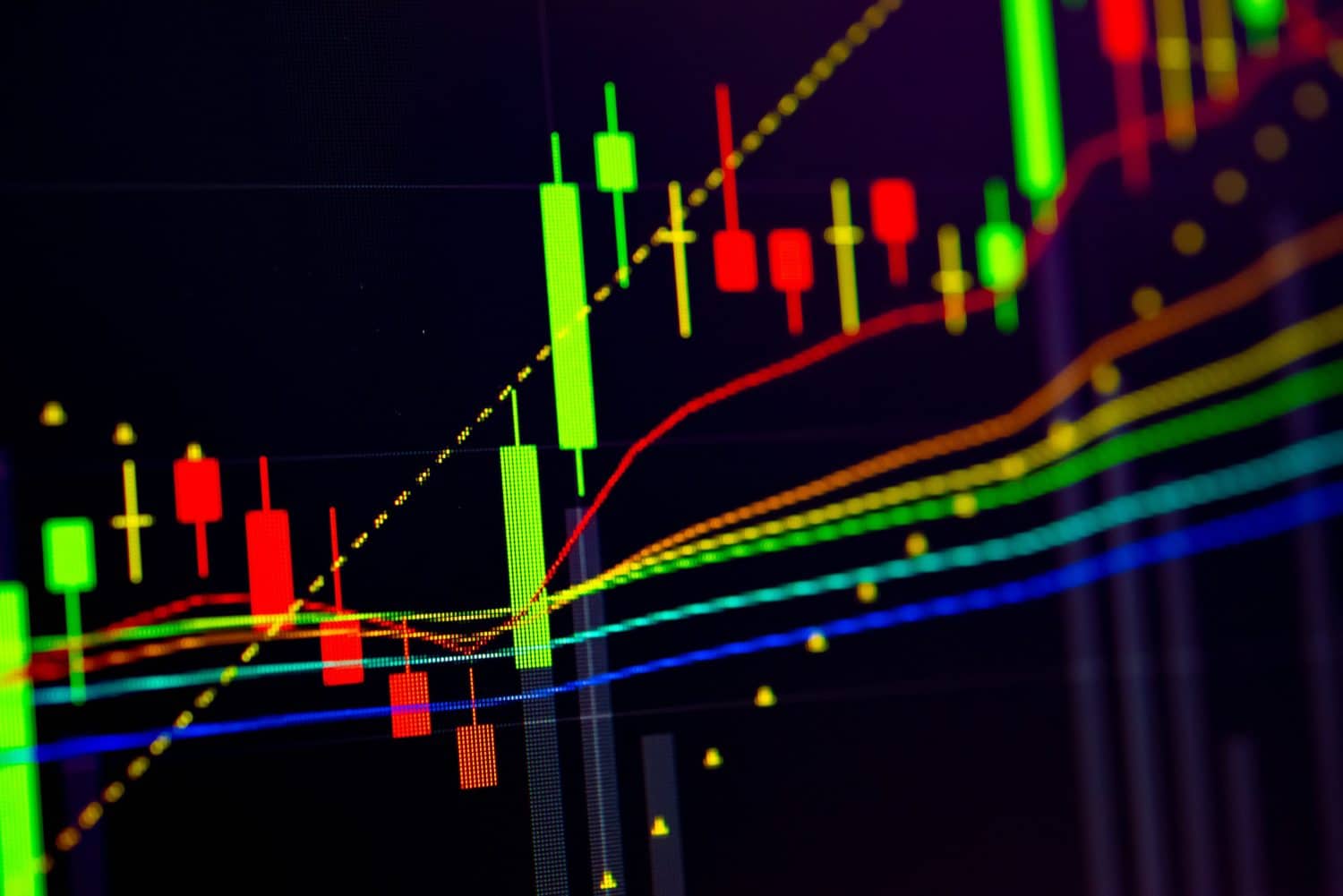 Trading news: 90% of crypto assets are in red

Today in the crypto trading world is characterized by news of declines, with more than 90% of the first 100 crypto assets preceded by the negative sign.

For all the others the descent is over -3%. Among the big ones, the worst of the day is Ethereum (ETH) down over -7%, followed by EOS and Bitcoin Cash (BCV) down over 6%.

Broadening the analysis to the first 100 capitalized, among the few rises of the day there are three tokens that score double-digit rises. Besides Tron, with the same bullish intensity, +13%, there is DFI.Money (YFII) which benefits from the launch of perpetual futures on the Binance platform.

On the top step of the top podium, there is Kusama (KSM). The token of the original Polkadot project, with a flight of over 20% in the last 24 hours, joins the recent performance that in a month sees its value multiplied by 5 times.

On the opposite side, the worst of the day is SushiSwap (SUSHI) riding the roller coaster of speculation with excursions of over 40%. This is followed by Ampleforth (AMPL) falling more than -35%.

The upward and downward excursions of the last 24 hours cause volumes to explode. With more than $230 billion, a new historical trading record on the main exchanges was achieved, breaking the previous record of $155 billion set on March 13rd, in the midst of the Covid19 crisis.

This event is accompanied by an explosion of volatility.

According to Paolo Ardoino of Bitfinex:

“Bitcoin’s volatility is a key characteristic as an asset class. It is therefore imperative that exchanges offer institutional-grade connectivity that provides high-level performance in all market conditions. Otherwise it fuels criticism of the digital asset industry as a whole from those that wish to deny how much the space has evolved, and characterize it as prone to dubious practices. This is unfortunate given the vision and commitment of those that have taken bitcoin from being the preserve of hackers to an asset class traded by the world’s biggest and most advanced market making firms”.

The historical index of volatility on Bitcoin in just two hours is up over 50%. Over the last month, an explosion in volatility has occurred twice in a couple of hours.

The first time on August 2nd, in a context similar to the current one when the prices exceeded $12,000 for the first time after more than a year, triggering a cascade of profit-taking that lowered the prices by more than 12% in less than an hour.

The second time in an inverse technical condition, last August 17th when in less than an hour the index jumped over 100% accompanying in the following hours the rise of the prices of Bitcoin, establishing the record of the last year near the 12,500 dollars. 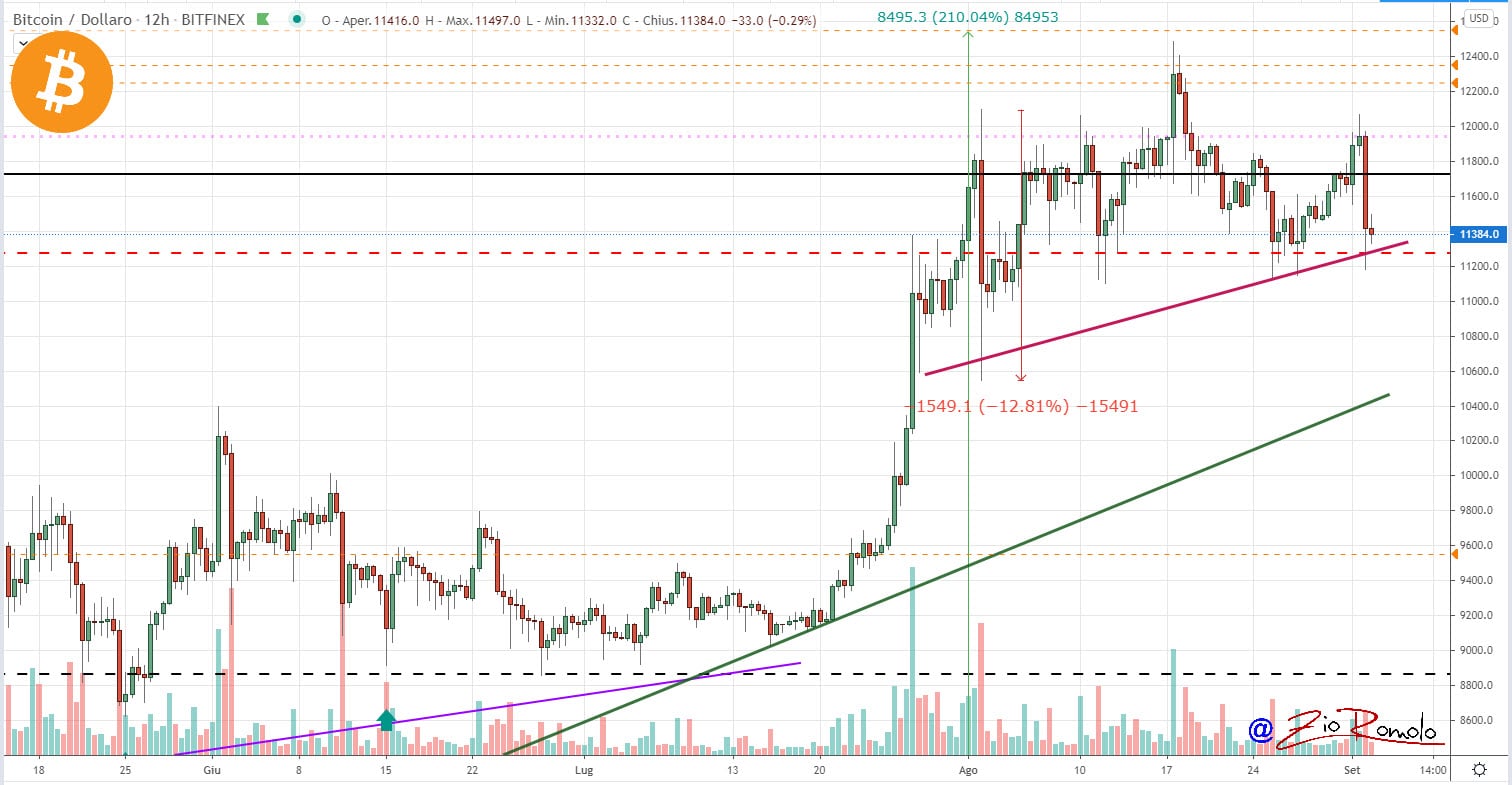 In less than 12 hours the increase of the last five days has been cancelled with the prices of Bitcoin that return to test the fateful support of the 11,200 dollars that for three times during the month of August has rejected the bear attacks by clipping the claws of a bear that, nevertheless, does not seem to give up.

During yesterday’s rise, when prices were able to rise again above 12 thousand dollars after more than two weeks of waiting, there was a lack of purchases. This has left room for the short-term speculation that in these hours is causing the adrenaline rush among intraday traders.

Like last week, it is necessary to go back to evaluate the support of $11,200 to assess the most plausible assumptions for the next few days.

An extension under this support opens up space for descents down to 10,500 in the coming days. 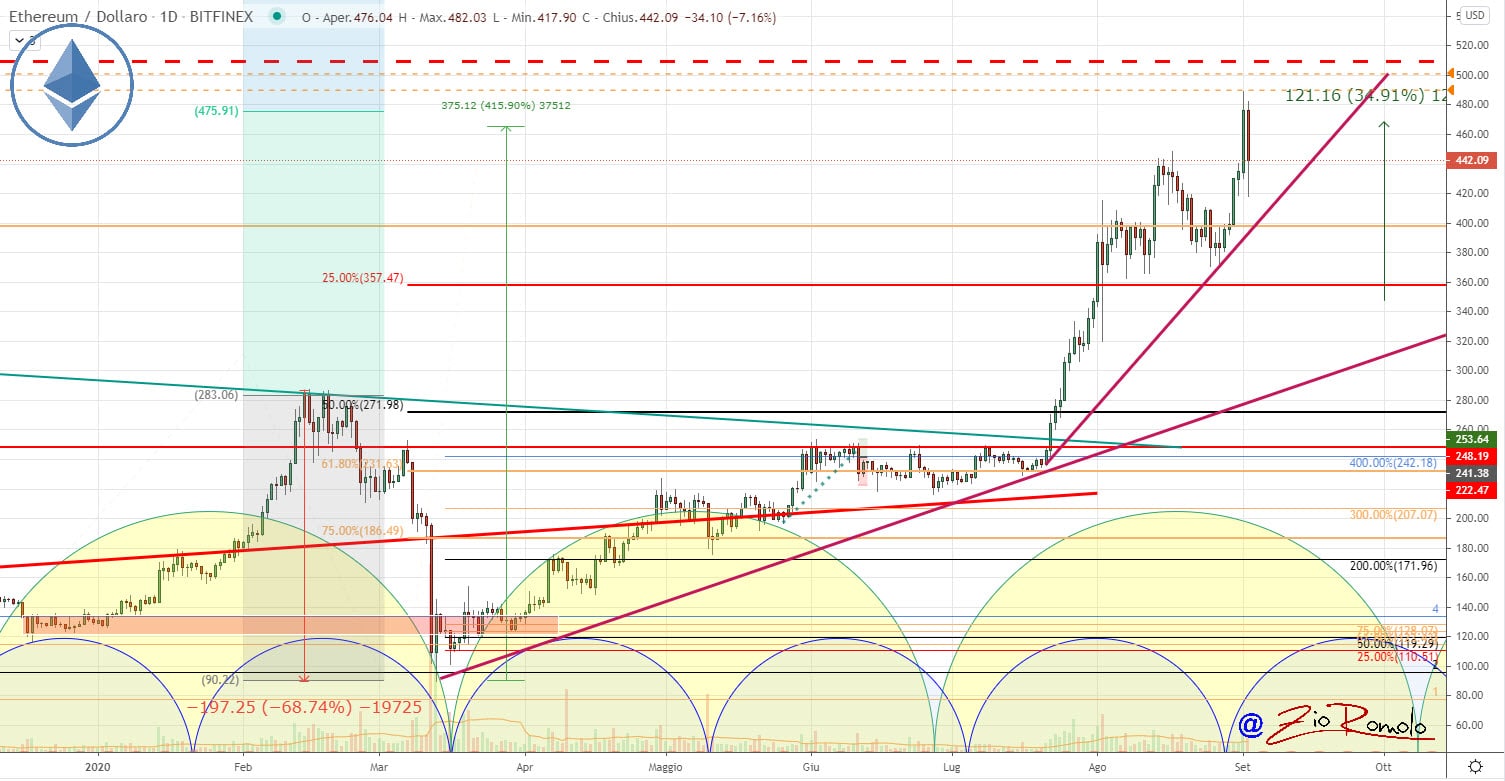 Ethereum stumbles one step away from conquering the $500.

In the last five days, the race that has pushed prices to the highest level of the last two years, $490, comes to a halt due to profit-taking.

In the last hours, the prices return to test the former resistance of the 445 dollars, now become short and medium-term support. In the following hours, it will be important to confirm the resistance of this level in order not to risk further slippages in the $405 area.

Nothing to worry about the uptrend in the medium term. Only a collapse below $350-320 can be considered a sign of danger. Above this threshold, there is ample room for manoeuvre to build the basis for setting the next bullish attack.