In a recent press release, Animoca Brands, famous for being a leader in blockchain-based gaming, has announced that it has launched an event during which it will put up for grabs as much as $50,000.

Hitting one of the Middle Eastern #F1 grand prix's is today's @F1DeltaTime Bahrain grand prix. With some light rain it shouldn't be adding too much extra time on your races.😉https://t.co/RmssG2UeSW#animoca #F1 #blockchain #NFT #gamers #gamedev #racing $REVV pic.twitter.com/97FADubByk

In particular, this is the F1 game Delta Time, which announced the Elite League Time Trial, an event that will reward the fastest player.

All event participants will compete to win as many as 1.6 million REVV tokens, or about $50,000, distributed according to their performance. Even those who will not make it to the podium will be able to get some of these tokens.

The conditions to participate are quite simple:

To participate in the event simply use the official F1 Delta Time portal where it is possible to also stake the tokens by the 5th of October.

Every day new races will begin to determine who did the fastest lap, but only at the end of the 14 days will the fastest one be determined, with the tokens from the pool being distributed to all participants.

This project is certainly very interesting both because it’s a virtual gaming project where everyone can participate in a completely decentralized way, and because it connects to the world of collectables, since the various racing cars are NFTs and therefore unique pieces that can be collected as if they were digital figurines. 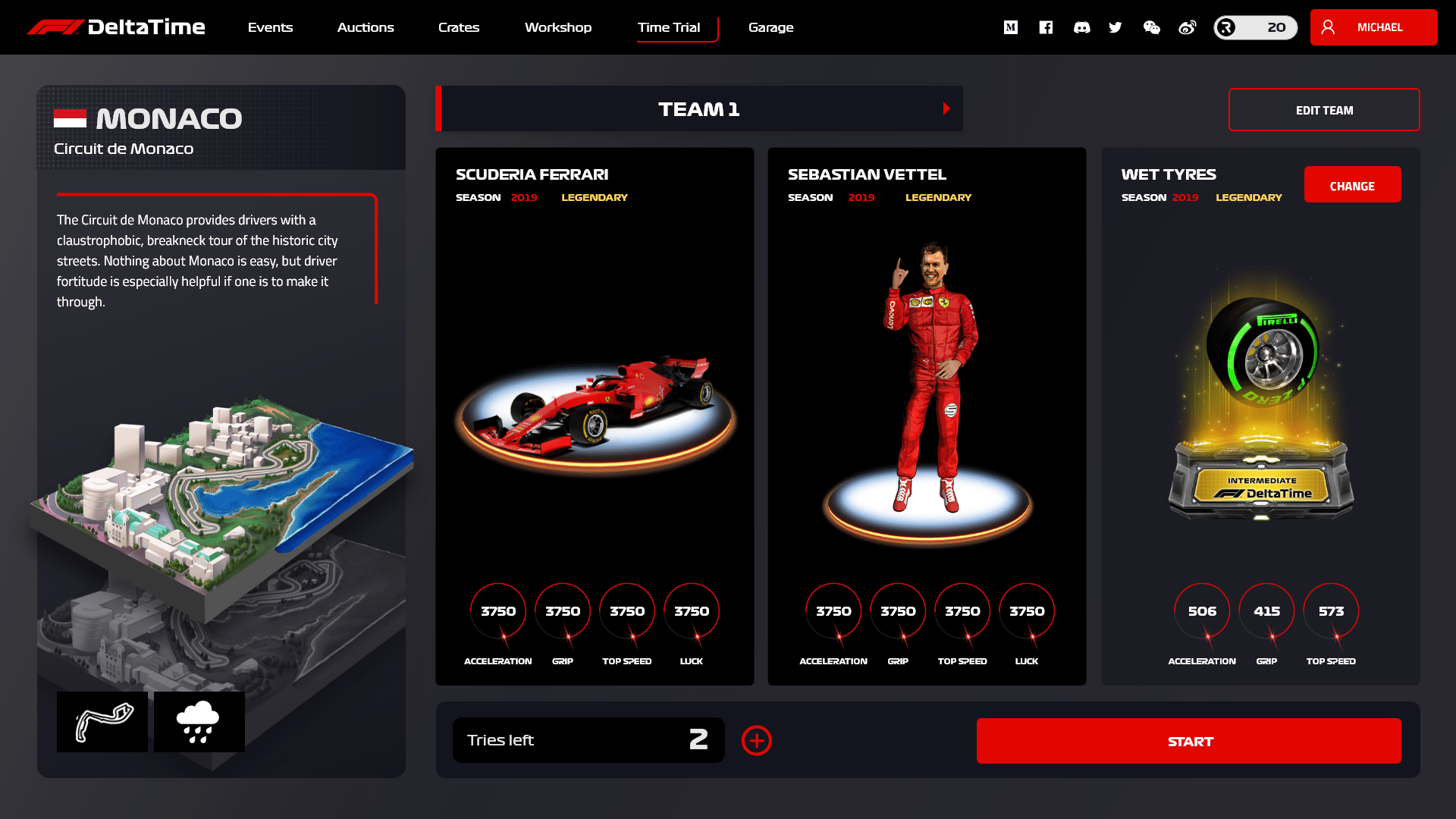 It is worth noting that the Animoca Brands team is also behind the Moto GP project, so users who prefer two-wheelers can also participate with that kind of asset in their wallets.

Recently Animoca has also entered into a partnership with the most famous Atari, which will make the console hybrid and allow it to also support blockchain games.

Previous article Yearn finance: what is it and how does the YFI coin work?
Next article ChainLink price prediction: how LINK will close 2020?