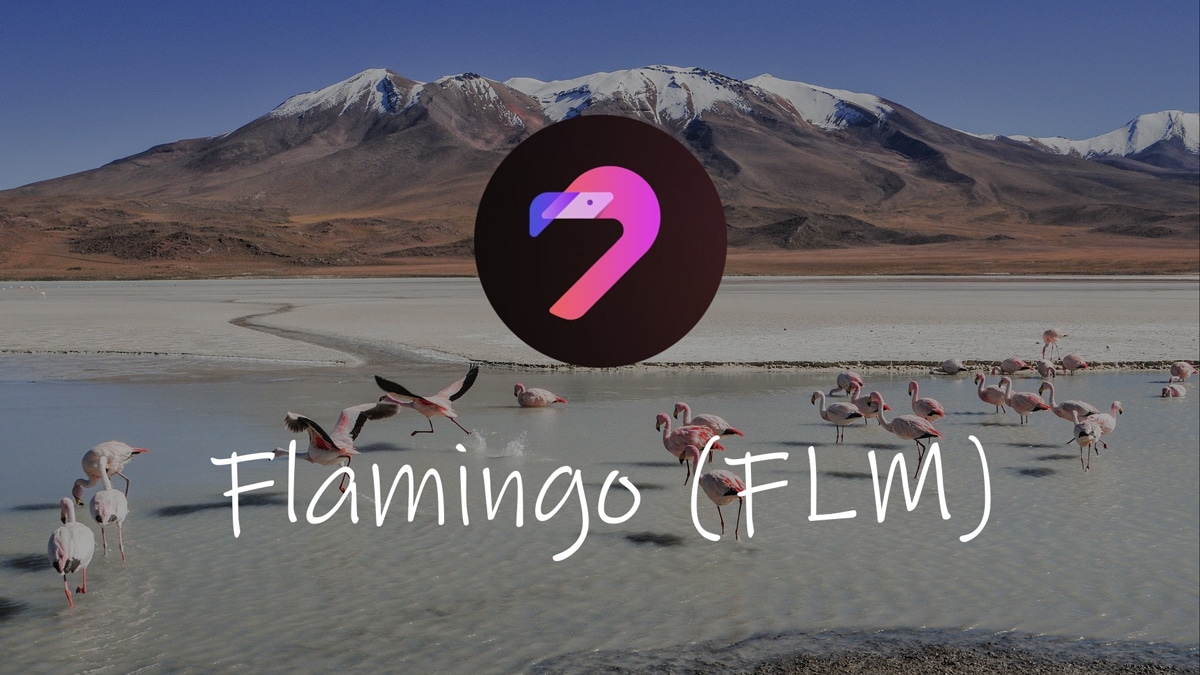 The latest addition to the vibrant DeFi universe is a project that is not on Ethereum, but was developed on the Neo blockchain: Flamingo Finance.

It has reached $1.6 billion in capital employed in its protocol (TVL) one week after launch, but is slowly deflating.

NEO is a blockchain developed in China, one of the first projects launched in 2016 and a candidate to be an “Ethereum Killer“. NEO hasn’t been able to take over the Ethereum market in recent years, but now it’s trying with DeFi.

The development of Flamingo Finance was financed by Neo Global Development (NGD) and saw the light on September 23rd, when it already gathered 100M USD in TVL on the first day.

This project aims to allow interoperability through Poly Network, released last month by NGD in collaboration with Switcheo and Ontology. Poly Network is a protocol that provides a way to synchronize the status on any number of blockchains, creating a basis for the execution of cross-chain transactions.

How does Flamingo Finance work

The Flamingo Finance modules form a full-stack DeFi suite, as they offer virtually all the most popular financial instruments currently available in Ethereum’s DeFi: 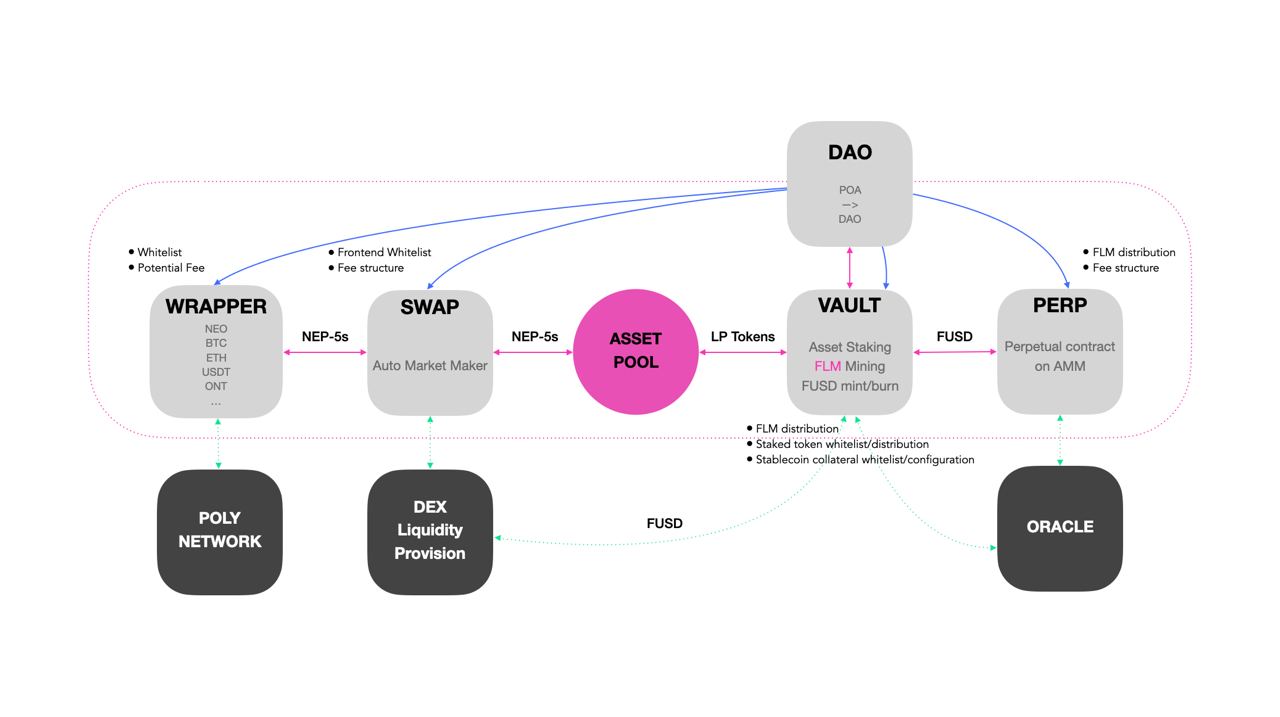 The interface is minimal and intuitive and transactions are fast with minimal amounts of GAS, while the supported wallets are O3 from O3 Labs and NeoLine from the NeoNext community.

With Wrapper it is possible to take tokens from Ethereum, Ontology, Bitcoin and Cosmos SDK (like Binance Chain) and “wrap” them in NEP-5 tokens (nNEO, pONTd, pnWBTC, pnwETH, pnUSDT, etc.) that can be swapped on the NEO blockchain.

Flamingo Finance doesn’t have an official dashboard to see the protocol and TVL, and it hasn’t yet been included in the Defi Pulse dashboard, which although it’s quick to list projects on Ethereum still doesn’t support projects on other blockchains.

There is an unofficial dashboard from a member of the Flamingo Finance community, but several people complain about the low visibility of the project, which despite reaching $1.6 billion in TVL (almost that of Maker) has never appeared on the Defi Pulse dashboard. (In the meantime, DeFi on Ethereum continues to set new records).

During the first few days, several users complained about problems with the Wrapper, such as transactions that were blocked for hours.

Things have been partially resolved and in the next few days Swap, the protocol for instant trades, will also be launched. It will be interesting to see how much liquidity (and for how long) will this latest clone of Uniswap be able to attract.

The FLM token and the “Mint Rush”

The FLM governance token can be coined by staking liquidity tokens (LP) in the protocol. In addition to wBTC, ETH, NEO, ONT, BNB as well as the BUSD and USDT stablecoins, the LP of Uniswap V2 can also be locked.

This FLM token coinage has been named by the project as the Mint Rush phase, and has been extended with version 2 until October 5th.

Thanks to its Wrapper and cross-chain transactions Flamingo Finance aims to drain Ethereum’s liquidity, in what is called in DeFi a vampire attack, in this case one of the most sophisticated.

The launch period was perfect, DeFi suffers from problems related to transaction costs on Ethereum and the launch of a new project is always welcomed with enthusiasm by the DeFi community.

Readily listed by Binance and OKex, who have supported Flamingo Finance from the start, the token price has nonetheless gone from an ATH of almost $1.5 after 5 days from the launch of the protocol to the current $0.48, a drop of 68% in a few days.

Liquidity locked into the protocol also fell by almost 50%, now having a TVL of $890 million.

NEO suffers from the problems common to blockchains who have chosen to sacrifice decentralization for speed. There are currently 7 nodes in operation and of these 5 are from the Neo Foundation. The project aspires to become decentralized with version 3.0 currently under development on the dedicated testnet, but without a clear release date.

During the week of the launch of Flamingo Finance, due to the traffic generated by the new DeFi dApp, the NEO blockchain did not produce blocks for 47 minutes, highlighting its infrastructure problems. And it was not an isolated episode at all.

Apparently, the project managed to attract the liquidity of the DeFi “degens” (degenerates) who promptly jump from a protocol with their liquidity, ready to “farm” the latest DeFi token to sell it before the price decline begins.

But this horde of DeFi farmers has already started to take liquidity out of Flamingo Finance and is ready to inflate the next DeFi project with the sole aim of making a profit.

Previous article ChainLink price prediction: how LINK will close 2020?
Next article Dimecoin: what is it and how does this crypto work?
Gianni Morselli