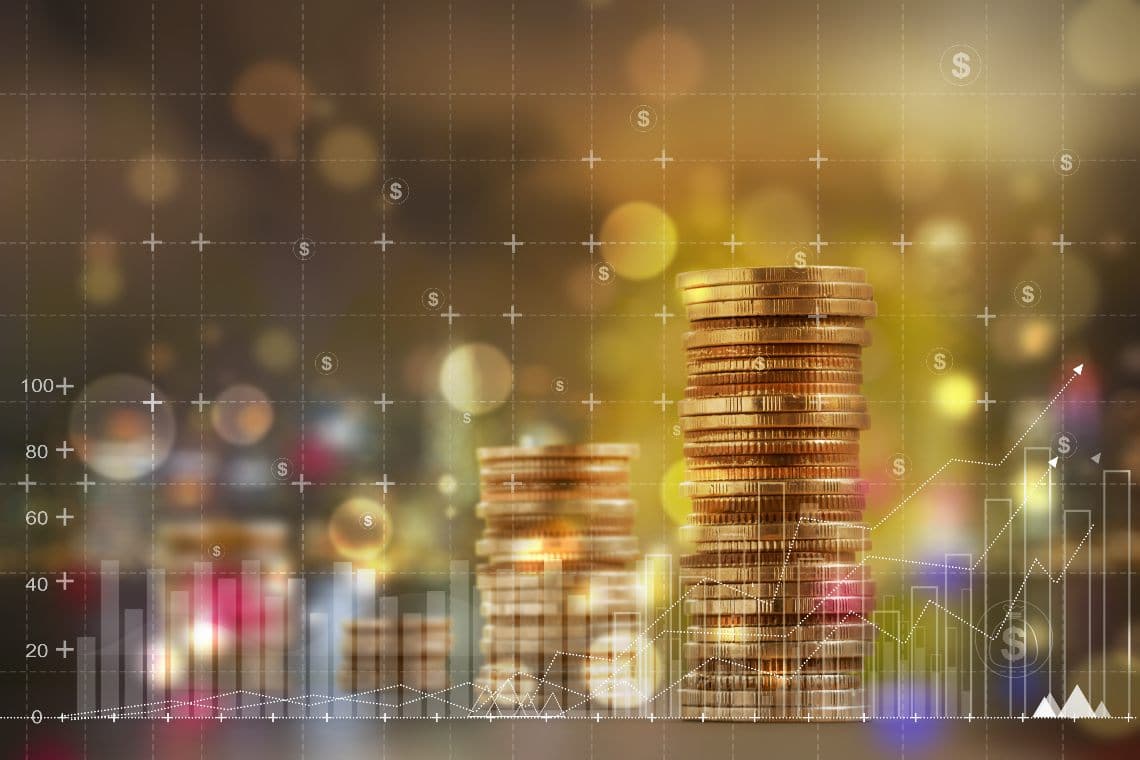 The first day of October starts with a recovery, with the TVL of DeFi projects setting a new record.

More than 80% of the main cryptocurrencies are in positive territory, attempting to put behind them a month of September that began with the worst decline since last March.

Today, among the big names, it is Monero (XMR) that is leading the rise. With a leap of more than 10%, it consolidates the September gains, one of the few to end a shaky month in positive territory. The rise also drives the two other famous privacy coins behind it, the same intensity for ZCash (ZEC), while at a distance follows Dash rising just over 5%.

REN stands out among the best of the day, with a jump of over 20%, recovering 27 cents, a level abandoned in mid-September. Celsius (CEL) Maker (MKR), Algorand (ALGO) and Waves follow, all rising more than 11%. 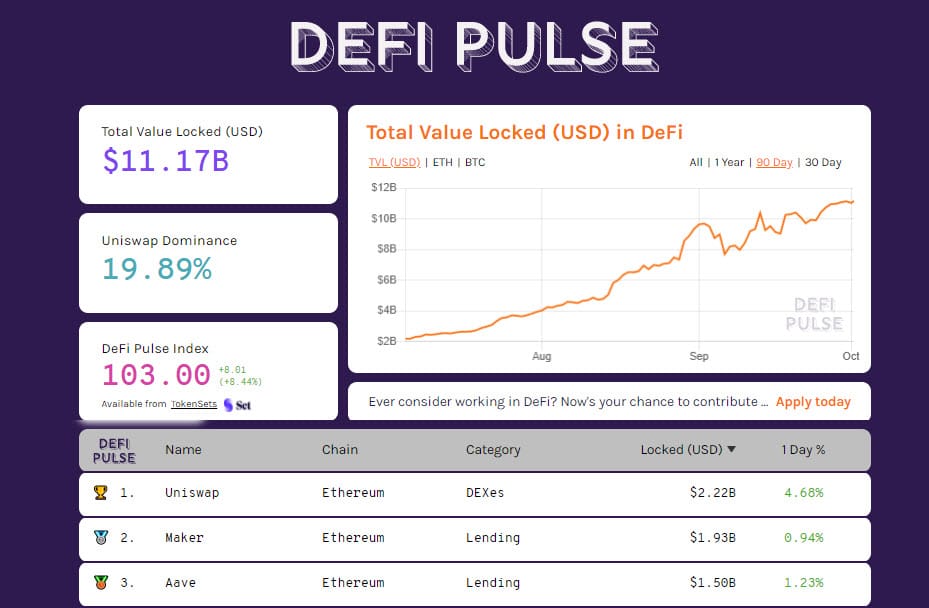 DeFi: record for TVL and WBTC

The recovery in the value of most tokens pushes the total value locked (TVL) on the various DeFi projects over $11.2 billion – a new absolute record.

For the first time, the total of bitcoin tokenized on the WBTC protocol exceeds $1 billion. Today there are over 124 thousand BTC locked in ERC20 tokens for a value of $1.3 billion, or 0.5% of the total of over 18.5 million bitcoin mined to date.

Uniswap is strengthened with over $2.2 billion locked in various assets. This is followed by Maker, Aave, Curve Finance and WBTC projects, all above $1 billion.

In the last 24 hours, volumes have continued to contract, falling below $100 billion, the lowest level since the end of July. Trading on Bitcoin remained stable above $1.7 billion, while on Ethereum, with less than $500 million traded yesterday, it reached the lowest level since mid-July, both in terms of number of ETH and total value in dollars.

The total market cap is just under $350 billion, with the dominance of Bitcoin slightly down to 57.5%, while Ethereum remains close to 12%.

In the last few hours, prices are back to attacking the 11,000 USD area, the highest in the last three weeks. The recovery of more than 7% from last week’s lows, returns confidence among traders in options that raise hedges from 10,200 and 10,700 and also increases the strength of Put options to almost equalize with Call options.

The latter continue to highlight area 11,200 as the first real level of resistance to be broken down to consider the beginning of a new bullish phase.

Despite the recovery of the prices in progress on Ethereum, which revised its $370 after more than 10 days, operators do not seem to have regained their bullish confidence. In fact, the upward hedges remain unchanged, with the first levels of resistance to be overcome at USD 375-390.

Downwards, the 345 USD hedges are back in place to protect the 325 and 305 USD supports, the latter two crucial supports that must not be violated in order to maintain the uptrend unaltered since mid-March.