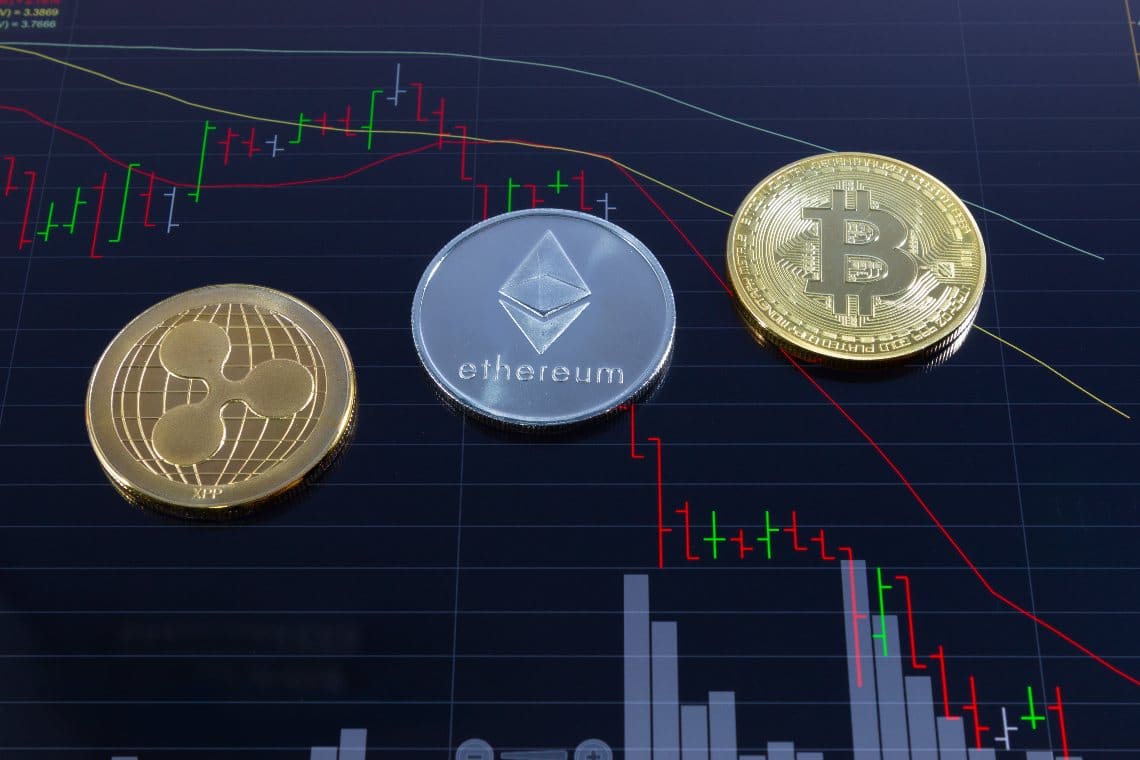 September 2020 ends with a yo-yo effect for the crypto market. For five days, there have been alternating red and green signs, highlighting a period of uncertainty that has characterized the entire month.

The last month of the third quarter of the year began in full euphoria, pushing prices to hit new annual records, and then exploded into a downturn that cancelled out most of the increases achieved during the summer.

A step backwards that had a negative impact on the monthly performance of the main big players.

The best and worst crypto assets of September 2020

Out of the top 20 capitalized, only Binance Coin (BNB) has been able to navigate against the trend, gaining more than 20% since the end of August.

Also doing well are Tron (TRX) and NEO up by more than 5%, and Monero (XMR), the only privacy coin to close the month in beauty and a quarter with a gain of more than 50%.

ZCash (ZEC) and Dash stumbled with monthly declines of more than 20%, affecting quarterly performance which ended with small gains.

The last day of September begins with a slight prevalence of red signs.

Of the first 100, 60% move below par. Scrolling the ranking from the top, the best rises of the day are Binance Coin (BNB) Monero (XMR) and Bitcoin Cash (BCH), all climbing above 2%.

Moving past the most capitalized, Zilliqa (ZIL) takes the podium with a leap above 10%. Followed by Cosmos (ATOM) +7% and ZCash (ZEC) +6%.

On the opposite side today, Yearn.Finance (YFI) together with Enjin Coin (ENJ) yielded more than 12% from yesterday’s levels. Profits were also taken on OMG Network (OMG), Aave (LEND), Loopring (LRC) and Synthetix Network (SNX), all down 7%. 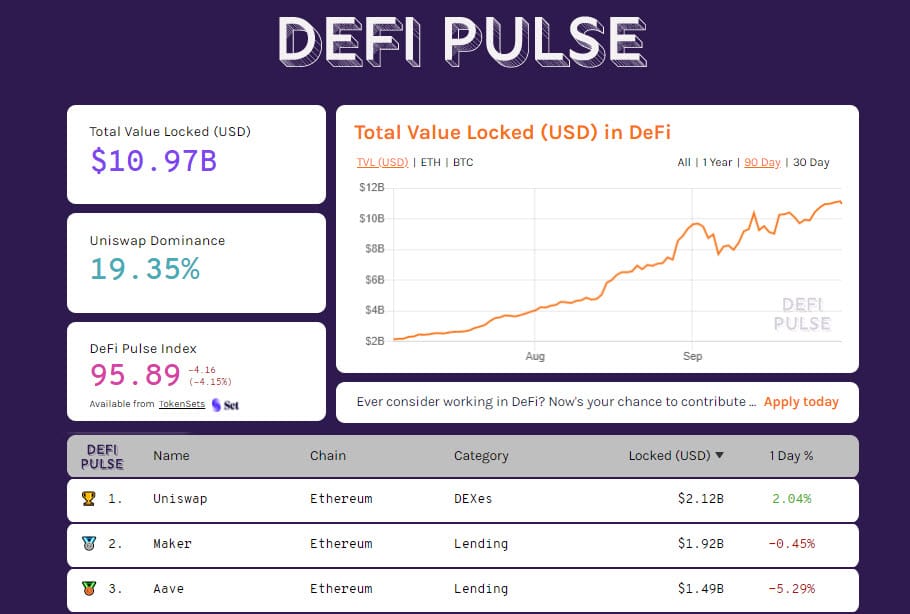 Capital locked on decentralized financial protocols continues to strengthen, rising to $11 billion, despite the release of more than 500,000 ETH in the last two weeks. Meanwhile, the number of Bitcoin that owners prefer to tokenize for better returns in a period of uncertainty has risen to over 135,000 BTC, a new all-time record.

Total capitalization remains above $345 billion with volumes down just over $100 billion traded in the last 24 hours, less than half of the traffic recorded in mid-September. For Ethereum this is the fifth consecutive day with trades below $1 million.

Traders do not show any particular tensions with prices within the channel between 10,000 and 11,200 USD, which has been forcing prices since the beginning of the month.

For a week now, prices seem to have fallen asleep at USD 355, an area that continues to remain balanced between the lows and highs recorded after the sinking of the first week of September.

For Ether too, professional traders do not alter their hedging strategies by keeping the protection for possible falls above USD 315 and bullish resistance above USD 405-415.