Bitcoin continues to grow, and after almost 1,018 days it sees the $13,800 again. It was from mid-January 2018, at the height of the collapse that in the same year saw the value of Bitcoin lose more than 80%, that the prices of BTC had not been able to go so high.

It has been 12 days, since October 17th, that the prices of Bitcoin have continued to grow, scoring higher lows and highs, except for a two-day break at the beginning of the week. This trend, if it continues in the next few days and until the end of the month, aims to close the best month ever.

What has been happening in recent days has once again brought operators’ sentiment close to the record levels of last mid-August. This can also be seen in the volumes traded over the last week.

The number of bitcoin traded daily – between 150 and 190 thousand – remained stable in the monthly average of the last quarter, but the growth in value recorded the week with the highest turnover (calculated in US dollars) since mid-August.

Bitcoin, the dominance and the market cap are growing

Dominance is also growing, rising to 62.5%, the highest level since mid-July. The capitalization of Bitcoin also travels hand in hand with the price, and with about 250 billion dollars it regains the levels of January 2018. This condition also drags the entire market cap to review the $400 billion, a level last seen in May 2018.

Except for Bitcoin and a few others, the day is not bright. More than 80% of cryptocurrencies are in fact moving below par. Scrolling the ranking from the top of the most capitalized, besides Bitcoin which gains about 1% from yesterday morning’s levels, only Bitcoin Cash (BCH) +3.5% and Leo Token (LEO) +0.2% manage to have a positive daily balance. Of the first 100 capitalized, only Nexo and Compound (COMP) are doing better, rising over 5%.

The total amount of collateral in DeFi projects recovers to just over $11.4 billion. The bleeding of locked assets caused by the Harvest Finance protocol bug seems to have stopped, with the skilled hacker getting more than $24 billion from uncollateralized flash loans. 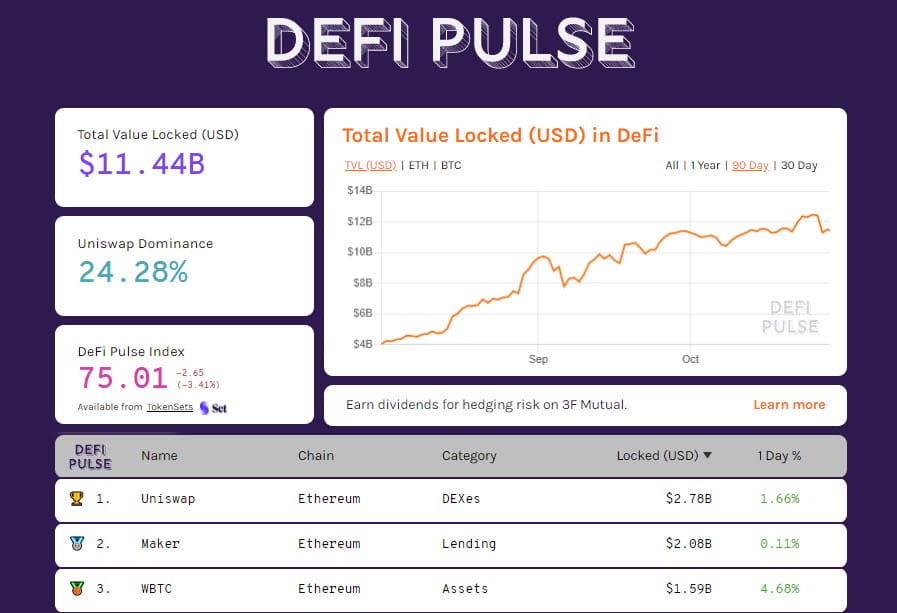 Despite the tensions and the outflow of the main collateralized assets (Ethereum, Bitcoin and Dai), Uniswap’s first decentralized exchange saw a record daily volume and an increase in the total value of collateral deposited to almost $2.8 billion, the new high.

The rise in the last few hours has prompted prices to update their annual highs with a 90% gain from the prices of January 1st, placing bitcoin on the podium as the best asset of the year.

A climb of this intensity is starting to wear thin as can be seen from the volumes that in these last few hours are not accompanying the climb with the same emphasis as in recent days.

Before setting new upward targets for prices, it is necessary to form a valid support base where to accumulate again before starting a new jump.

The climb of the last two weeks has taken place without forming support areas, opening the way to possible short downward speculation. This is the way professional derivatives traders think, as they return to building defensive strategies, and in these hours they are once again rising towards resistance levels. It indicates that at these levels they are thinking of protecting themselves from the danger of a sudden change of direction.

The profit-taking that took place last week when Ethereum’s prices exceeded $415 for the first time since the beginning of September continues to be felt. This is a level of resistance strongly defended by derivatives traders, which undermines the ambitions to keep up the same bullish pace as Bitcoin.

In the last few hours, prices are once again testing the former $390 resistance, which has now become support. The battle between purchases and sales in the last few hours will decide the winners. A failure to hold this level will open spaces down to the $355-345 area, going to test the bullish trendline that has accompanied the rise since the March low.

On the contrary, a positive reaction above $390 will give a clear signal of accumulation, restoring confidence in the purchases necessary to validate a new attack of $420. 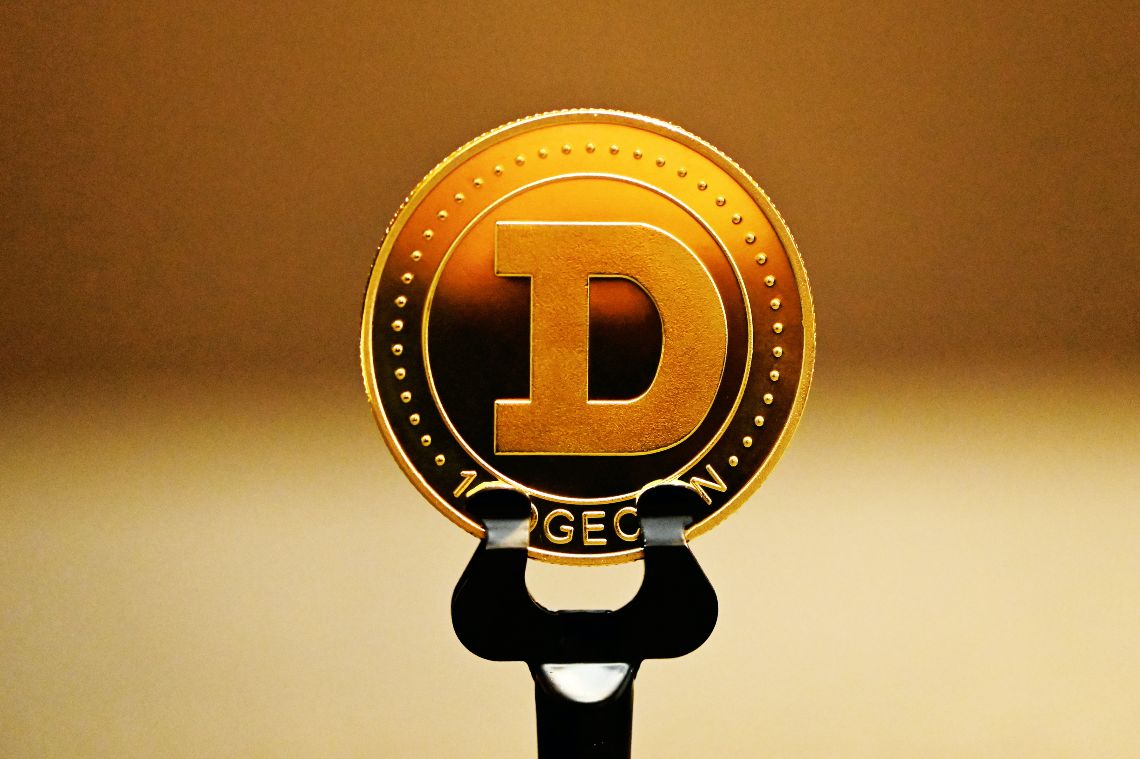