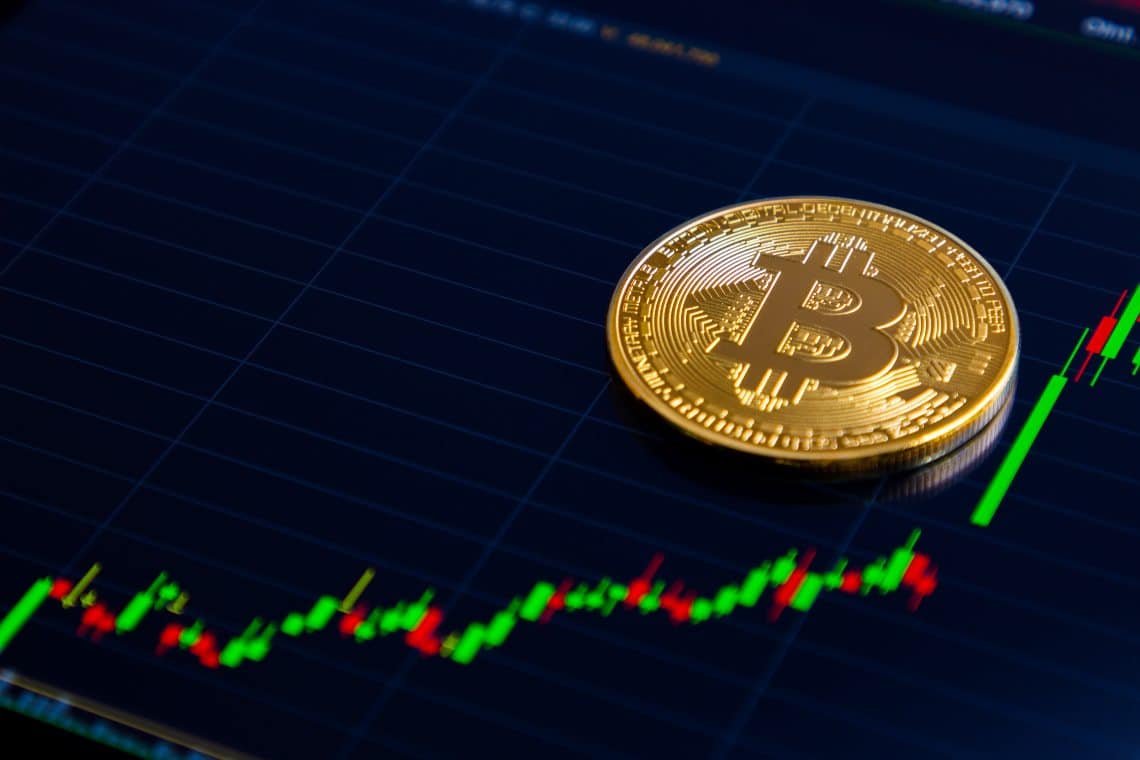 After the best closing of the year in terms of earnings on a nominal basis for the price of Bitcoin, as well as the second best week in terms of percentage earnings, today traders are taking profits.

For this reason, 80% of crypto assets are now in the red.

Bitcoin, however, despite slowing down the rises yesterday, today keeps the price above the psychological threshold of $13,000, one step away from the record at the end of June 2019, when the rises were close to $13,800, the highest peak since January 2018.

Bitcoin, among the top 20 crypto per market cap together with Binance Coin (BNB), +3.5%, and Polkadot (DOT), +9%, is part of the upward trio. All the others are in negative territory.

Ethereum, after testing the $415-420 resistance, sees massive profit taking and sales rejecting prices under $400, with a loss of over 3%.

XRP instead continues to fluctuate a bit above and a bit below 25 cents.

Among the few positive signs today is Flexacoin (FXC), the queen of rises, which flies more than 170%, followed by Kusama (KSM), and Ocean Protocol (OCEAN), both up more than 20%.

Capitalization, having reached its highest point since May 2018 at $400 billion, has declined to $395 billion.

Bitcoin’s dominance remains solid at 62%, in recovery: it is the highest level since mid-July. Ethereum suffers with a market share of less than 11.6%. Ripple has also fallen to its lowest level since December 2017, to 2.9%. 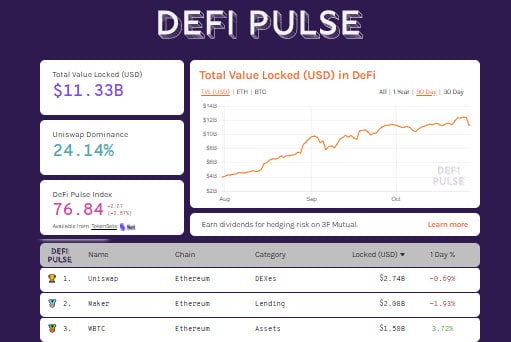 Yesterday’s hack on Harvest Finance affects the locked collateral in the various DeFi projects, which, after exceeding 12.3 billion TVL yesterday morning, loses over 1 billion of capitalization and returns just over 11 billion.

The Harvest Finance hack sees the number of tokenized Bitcoin going down from 171,000 yesterday morning to 161,900, with a loss of about 10,000 BTC locked in decentralized finance projects.

Ren suffers from this: since yesterday morning’s high (25,000 BTC), it is experiencing a loss of about 3,000 Bitcoin from the protocol. WBTC is holding up better, which despite the momentary crisis due to the DeFi project hack, sees its Bitcoin rise to an absolute historical peak with just under 1.5 billion dollars, equivalent to 114,000 tokenized Bitcoin.

This collapse in overall value is mainly caused by this exit of Bitcoin from Ren, which affects the total value of the locked collateral. In fact, the hack has led to the theft of tokenized Bitcoin.

Even today Bitcoin maintains its price above 13,000 dollars, a sign of technical strength that will have to be confirmed by the support from the volumes which have not been lacking in the last 24 hours. It is necessary to keep up the volumes and the increase in prices above 13,250 dollars.

There is ample space for manoeuvre, of over 1,000 dollars, also for eventual downward movements that would not modify the excellent bullish structure if prices were not pushed under 12,000 dollars.

The $415-420 test in the last few days has prompted many traders to take profits. Yesterday, a strong downward movement brought prices back to the $390 threshold, the former resistance that has now become an important medium-term support, confirming the rise that developed last week.

For Ethereum, in case of lack of holding of the 390 dollars, area where prices move this morning, it is necessary not to witness a movement with extensions under the 350 dollars, an important area in a medium-long term perspective.

Yesterday Ethereum marked another day with volumes above $1 billion, the sixth in a month. If good volumes were to be maintained to accompany a rise above $415, there would be a high probability of seeing a new bullish movement.

The levels to be monitored carefully are therefore the breaking of the $415 accompanied by volumes and the $350, which shouldn’t be exceeded in the event of a fall.