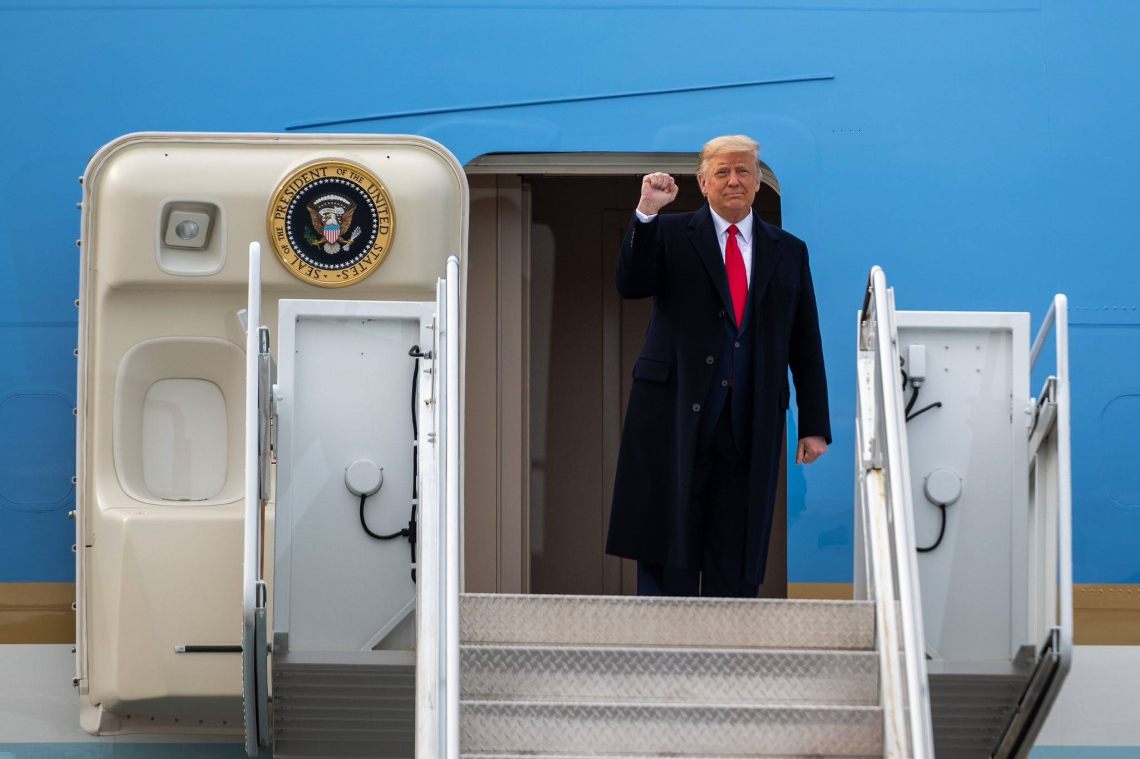 The campaign website of Donald Trump has suffered a hacker attack with a request in Monero.

The incident took place tonight, but in a short time, everything has been restored and now appears to be fully functional. However, for a few hours the about section of the donaldjtrump.com website had an unequivocal message with the logos of the Justice Department which indicated:

“this site has been seized.

the world has had enough of the fake-news spreaded daily by president donald j. trump.

it is time to allow the world to know the truth”.

According to hackers, many devices belonging to the US President and his relatives have been compromised, and numerous secret conversations have been stolen,

“proving that the trump-gov is involved in the origin of the corona virus”. 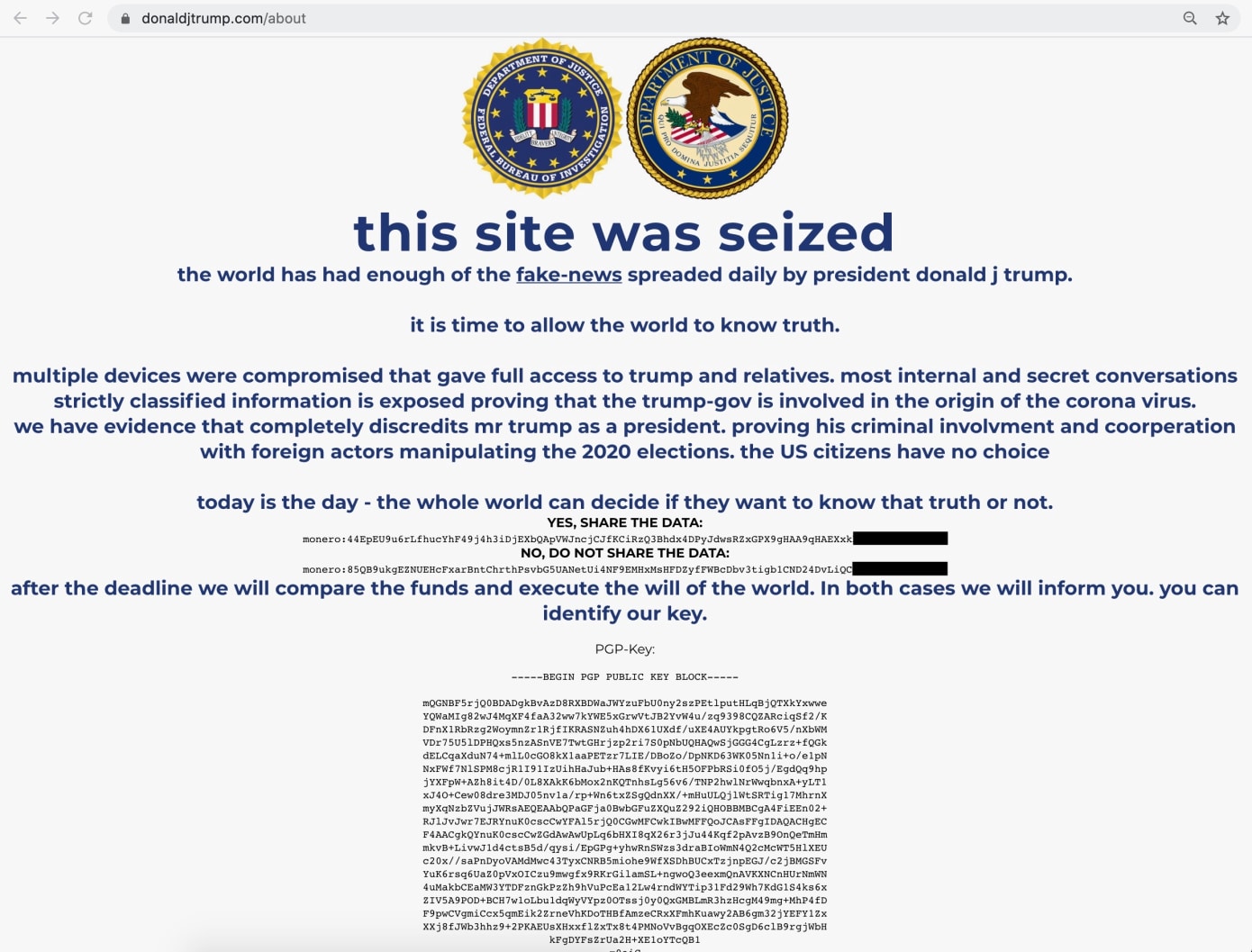 Hackers have also announced that they have compromising material that would discredit the figure of the president, demonstrating his criminal involvement with international players to manipulate the 2020 elections.

The hackers promise that they will execute the will of the donors.

The attack ended quickly and the website was reactivated. The head of communications for Donald Trump’s election campaign acknowledged the incident in a tweet:

“Earlier this evening, the Trump campaign website was defaced and we are working with law enforcement authorities to investigate the source of the attack. There was no exposure to sensitive data because none of it is actually stored on the site. The website has been restored”.

Earlier this evening, the Trump campaign website was defaced and we are working with law enforcement authorities to investigate the source of the attack. There was no exposure to sensitive data because none of it is actually stored on the site. The website has been restored.

In short, the US President’s staff seem to deny the actual data theft.

The choice to ask for donations in Monero was not accidental. It is in fact a cryptocurrency that guarantees a high level of privacy, obscuring transactions.

Monero was also the involuntary protagonist of the Twitter hack, when in some transactions a provocative message appeared asking hackers why they had not asked Monero instead of Bitcoin, precisely because of its ability to be untraceable.

Hackers, the real threat to the US elections

The US elections are now imminent, but a shadow threatens the election campaign and the outcome of the vote: the risk of cyberattacks.

What happened to Donald Trump’s website is practically negligible. In recent days, Microsoft has revealed cyber attacks from Russia, China and Iran against political organizations linked to the US presidential election.

These are attempts to hack the emails of employees linked to the two candidates, with the aim of obtaining interesting material in order to influence the vote.

At the moment it seems that nothing striking has happened, but it is safe to assume that, a few days before the election, these attempts could become more widespread. And maybe they will be successful.