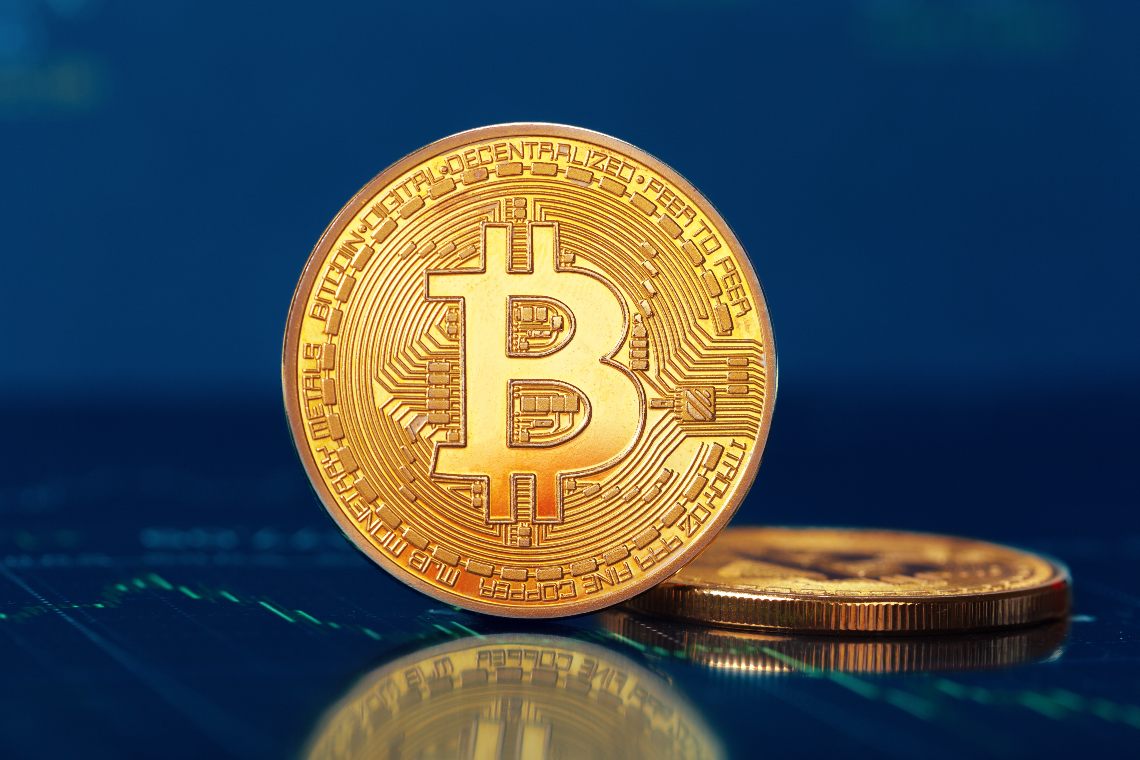 There are no more words to describe the numbers of the Bitcoin rise.

If in previous years similar performances had already been repeated, what is happening in these days and weeks can only be compared to some extent to the last quarter of 2017, with the difference that at that time it was the whole sector that was rising, largely driven by the hundreds of ICOs that required the acquisition of Ethereum and, consequently, Bitcoin.

In order to find five consecutive weeks of upward movement with a similar, or rather even higher, intensity, it is necessary to go back to the period between mid-November and mid-December 2017, a 225% increase that made prices fly from 5800 to over 19,000 dollars.

Even today is marked by the rise of Bitcoin, which in some cases reached almost 10% from yesterday morning’s values. A climb that touched the $16,000, updating the records of the last three years. It was since the first days of January 2018 that these levels had not been seen.

The rise of Bitcoin drags the crypto sector

But unlike the past few days, today the sprint has dragged the rest of the industry along. Among the big names, the day saw Litecoin (LTC) and Cardano (ADA) excel, who together with Chainlink (LINK) try to steal the spotlight from Ethereum, which has risen over $440 for the first time since September 3rd, with an increase of over 11%.

Widening the analysis to the first 100 capitalized, the podium of the best of the day is occupied by tokens from the decentralized financial sector.

After approximately 20 days of lower minimums, in the last 48 hours the prices of Uniswap (UNI) reverse the trend, achieving a recovery that comes close to 50% in a single day, trying to regain the 3 dollars after having touched the 1,70 dollars, the lowest level since the listing of the token last September 17th. Followed by Aave (AAVE) and Synthetix Network Token (SNX) both reporting a rise of more than 20% from yesterday morning’s levels.

Among the few drops of the day, there are the two tokens that have climbed the most in recent days. They are HedgeTrade (HEDG) and ABBC Coin (ABBC), and both see profit-taking prevailing, pushing prices back between 2 and 4 percentage points from yesterday morning’s highs.

The rises in the last few hours are causing trading volumes to explode to over $210 billion, the highest level since the record-breaking days of mid-September. Unlike that period, today it is more than double the value of Bitcoin’s trading volumes.

With over $5.5 billion, yesterday entered the first 10 days with the highest traded volumes in Bitcoin history.

Ethereum is also doing well with trades just under $2 billion, above the average of the last few days but lower than those traded in the first week of September. 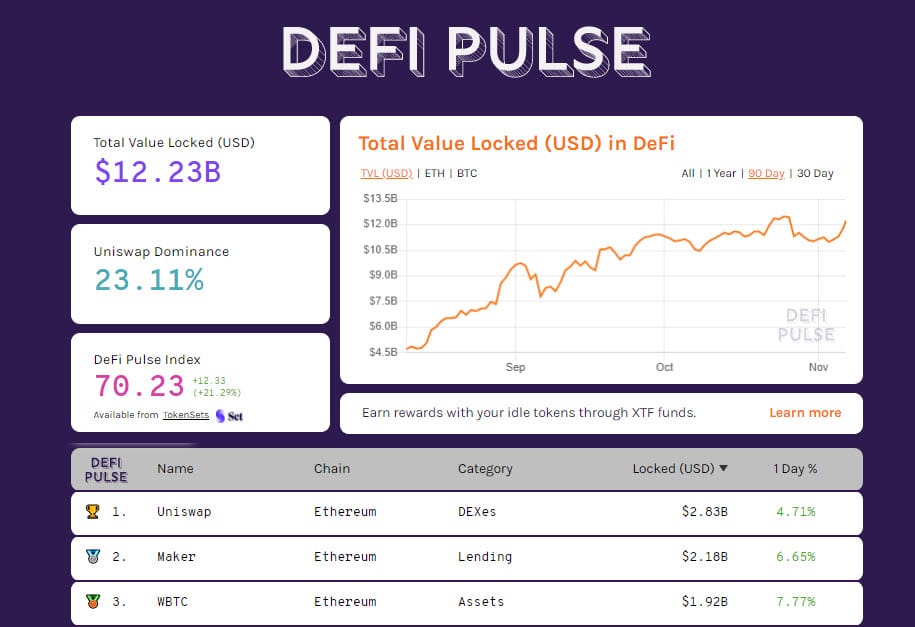 The total value locked (TVL) on DeFi protocols is back above $12 billion. The price rally of the last few hours does not have an impact due to the liquidations of Ether returning below 8.5 million ETH locked, levels that had not been recorded since mid-October.

The number of tokenized bitcoin remained unchanged, just below the recent record of 170 thousand BTC.

Uniswap’s leadership is strengthened, for the first time close to $2.8 billion locked in the DEX’s (decentralized exchange) liquidity pool launched in version 1.0 on the Ethereum mainnet last May 2020.

The rise of the last few hours pushes prices to a step from 15,900 USD, thus testing the resistance of the last Fibonacci level corresponding to 75% of the entire bearish movement that characterized all of 2018.

A non-stop climb for the fourth consecutive day makes a gain of over 15% and begins to add up more signs of divergence and overbought by raising the caution to chase a train that has already left and may have arrived at the first stop.

A truce is necessary to absorb the euphoria that could become dangerous if doubts increase among the operators who in these last few hours find themselves setting up new protection strategies as all the resistance levels built up in the last few days have been blown. The position coverings have fuelled the rise.

The previous rise at the end of October wasn’t convincing, bringing prices back to the 420 USD area after more than a month. The dangerous hesitations of the last few days seemed to increase the dangers of the support holding, but surprisingly the rise of the last few hours brought back vitality among operators, pushing prices above USD 440 in less than three hours.

Now the 455 USD remains to be conquered to reach again the highs at the end of August just under 490 USD. Otherwise, it is important not to fall below 390 USD, a consolidated support at the end of October, so as not to risk triggering the bullish trendline that passes in the 360 USD area. 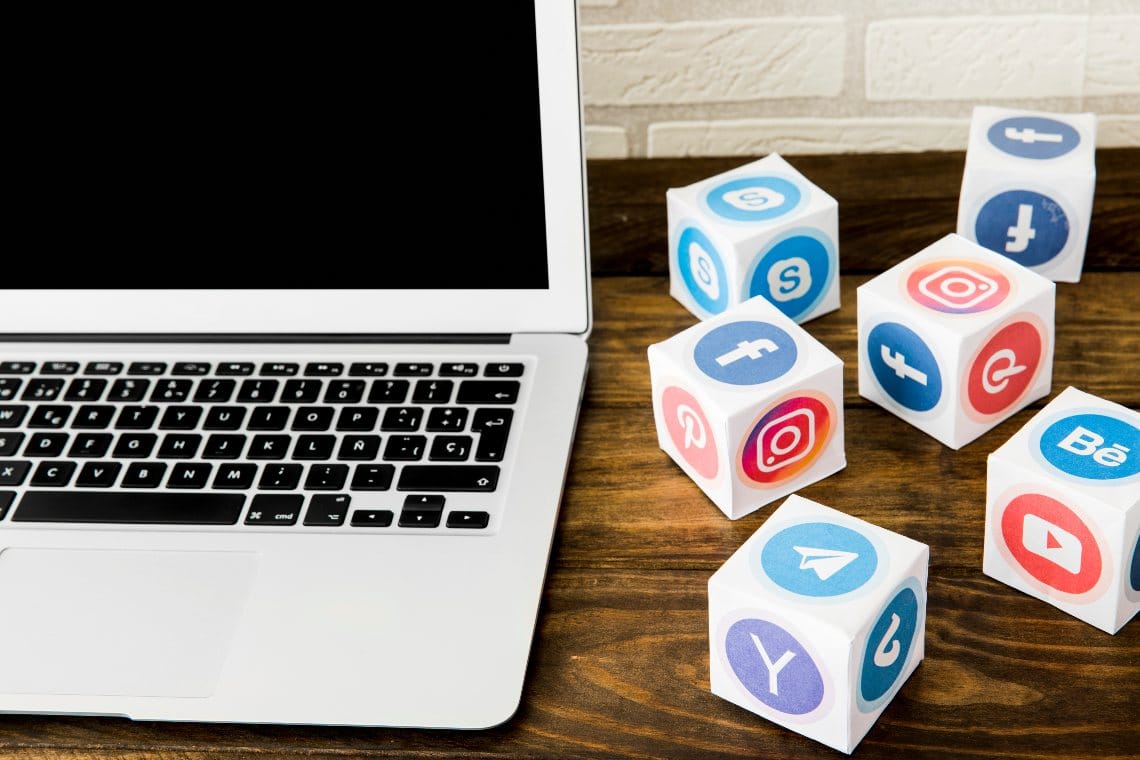