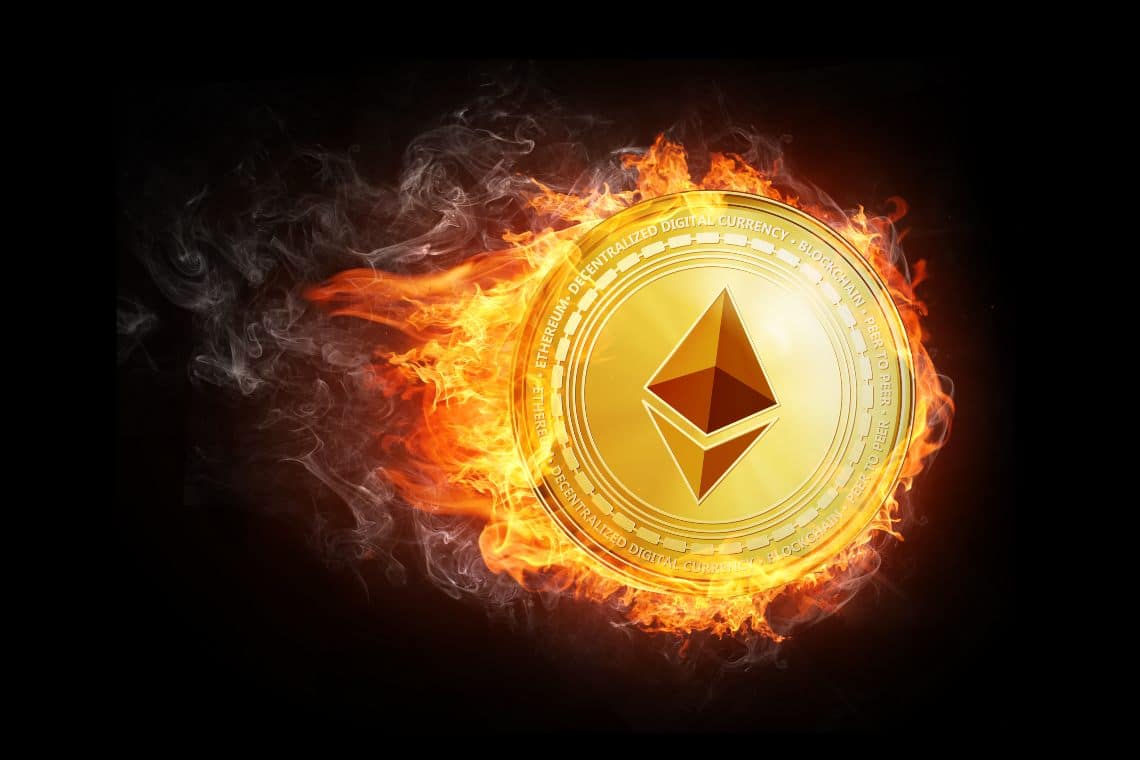 The hypothesis of a fall in the price of ETH is emerging in case the first phase of Ethereum 2.0 will not be launched soon.

In fact, although there is no rigid deadline to be respected for the launch, it should take place from December 1st, 2020.

In short, there are only a few days left, but not everything seems ready.

On a technical level, in fact, the code for the launch of phase zero seems already finished, and ready to be launched, but there are still too few ETH deposited.

Since the launch of the deposit contract on November 4th, an average of around 7,900 ETH have been deposited since then, and at this rate it would still take 50 days to reach the minimum threshold.

So if the rate at which the ETH are deposited remains the same, then phase zero of Ethereum 2.0 might not be launched before January 9th, 2021.

However, the rate at which the ETH on the deposit contract increase could accelerate as of December 1st, and the launch could take place before January 9th, 2021.

As of today, it would seem unlikely that 398,000 ETH would be deposited in just ten days, i.e. an average of almost 40,000 ETH per day, so it is possible that the launch of phase zero will not take place on December 1st.

For example, until now, the single day with several deposits has been November 5th, i.e. the day after the launch of the deposit contract, with approximately 21,000 ETH, well away from the average 40,000 required for the launch to take place on December 1st.

Ethereum 2.0 may affect the price of ETH

At this point, it is legitimate to wonder whether this slowdown could affect the price of ETH, despite its strong growth.

Given that the launch is unlikely to take place on December 1st, 2020, it is possible to imagine two plausible scenarios, plus two theoretical ones.

The first is that the launch is likely to take place in December, thanks to an acceleration of deposits ahead of December 1st. While on the one hand the missed launch on December 1st could hardly have negative repercussions on prices (otherwise it would have already had them), on the other, a launch postponed by a few days would hardly have any effects.

In fact, it is worth not forgetting that these are all public data, which allow investors to make predictions.

The second likely scenario is that the launch will be delayed until January, or at the latest at the end of December. Given the powerful growth in the price of ETH in recent weeks, it does not seem that this hypothesis, absolutely realistic, is frightening investors.

Therefore it could also have an impact on the price, but it is difficult to imagine that it could be relevant.

To these two realistic scenarios must be added two other theoretical ones.

The first is that the launch slips to February, or even later. At this moment this, although a possible hypothesis, does not seem at all very likely, but if it were to actually happen then it could have a negative effect on the price of ETH.

The expectation for Ethereum 2.0 is considerable, and to start with a misstep would certainly have consequences.

The last scenario, possible but unlikely, is that we will not reach the threshold of 524,288 ETH, if not in a long time. This hypothesis would most likely have serious consequences on the value of ETH, but at this moment it does not seem plausible.

Therefore it is very probable that there will be some slowdowns in the launch of Phase 0 of Ethereum 2.0, but it seems little probable that they can have significant effects on the price, provided that the slowdown is limited.

Previous article Cardano: ADA-related scams on the rise
Next article Knowledge of English for doing business around the world