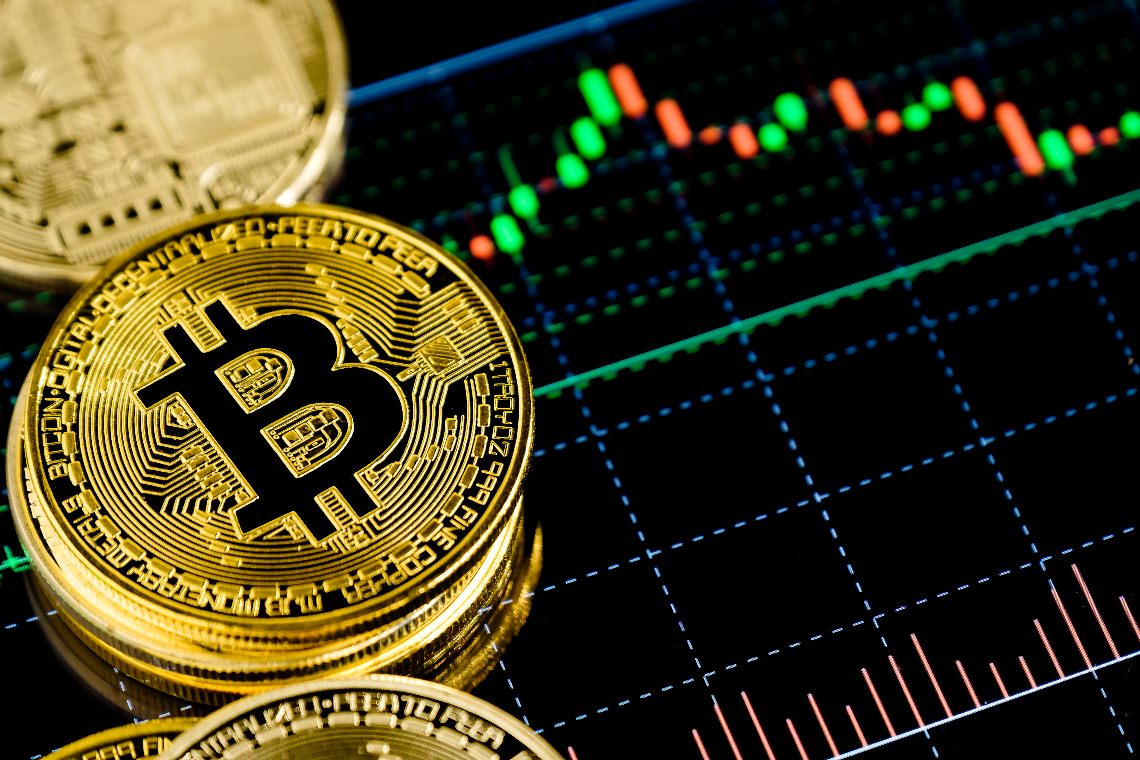 Over 70% of cryptocurrencies are in negative, but this should not be misleading because the main cryptocurrencies, including Bitcoin and Ethereum, fluctuate around the recently established highs.

Bitcoin has been trading above $19,000 for over three days now, a level where it has closed the week for the first time in its history.

Even Ethereum, even if a little far from the all-time highs and below the $600 threshold, remains above the $580 threshold.

Scrolling through the list, the first green sign is that of Filecoin (FIL), 21st position, which rises by 2.8%.

Same performance as VeChain (VET), which comes back after a period of absence. The rise of these hours brings the prices back above $0.018, a peak that had not been recorded since the end of August.

In addition to Filecoin and VeChain, among the best of the day, there’s also Theta. The best of the day is Compound (COMP), the governance token of the DeFi protocol is back to one step from $170, which had not been recorded since mid-September.

On the opposite side, the worst is Nem (XEM), the only one to experience a double-digit decline of 13%.

After the strong increases that have characterized it in the last month and that have made it triple in value, increases due to the recent airdrops and the collaborations that the project developed, it has been falling for more than 48 hours from the maximum of 27 cents, going down to 21 cents, the first level of short term that is valid as technical support.

Monero (XMR) also reached the top over 144 dollars, the highest level Monero had not recorded since July 2018.

Monero and XEM (worst of the day after the rises in recent weeks that have tripled its value) are the only two among the top 25 to earn 5% and 10% respectively from last Tuesday’s levels, the only ones that are confirming recent gains.

The market cap remains above $565 billion, decent levels from last week’s highs of $590 billion on December 1st. These are the highest levels, the current ones, which had not been recorded since January 2018.

Consolidation levels that are confirmed by volumes rising slightly from the lows set over the weekend, and which remain at around $150 billion.

Yesterday’s day, in contrast to the upward trend, saw Ethereum trading a total volume on the 24 hours below the equivalent of 1 billion dollars.

Bitcoin’s market cap remains above the 355 billion which are the highest levels, 10 billion less than the tops of December 1st. This indicates that it is Bitcoin that continues to support the markets.

Bitcoin’s dominance has regained the 63% threshold. After the downturn, Ethereum still maintains its 12% share. Ripple, despite the fatigue and the descent from the tops on November 24th with a 20% loss from those values, maintains a market share just below 5%, after the 5.4% top recorded on November 25th, a peak not recorded since early December 2019. 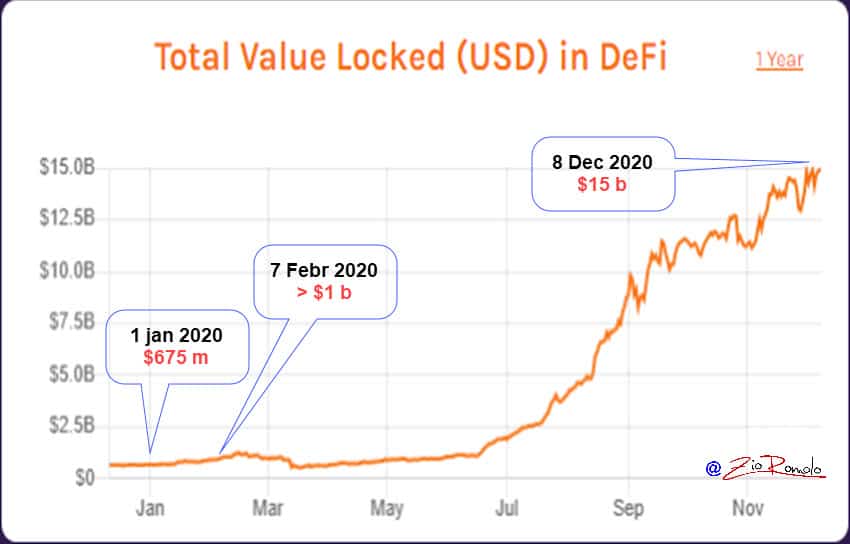 DeFi updates the TVL by a few million dollars, taking it from 15 billion to 14.9 billion. Absolute historical highs.

Maker consolidates the first position among decentralized finance protocols with over 2.7 billion, followed by WBTC and Compound. Aave ranks 4th with 1.4 billion.

Aave is among the tokens above parity on a weekly basis, with a gain of over 12%, rising to 26th position, just behind the DAI collateralized stablecoin, in turn linked to Maker.

The technical analysis remains unchanged from the last few days, Bitcoin floats on period highs above $19,000, a sign that if confirmed in the medium term indicates a strengthening of the trend, stabilized upwards.

For two months now, every downward movement for Bitcoin, like the one recorded in November, has taken place in a bullish context. If this was confirmed in the next few days, it would indicate a sign of strength.

In the short term, it is necessary for Bitcoin to hold the $18,500 threshold.

Ethereum, after hitting its May 2018 highs on December 1st, is looking for the basis where to find new bullish stimuli. It is important to keep the price above $560, the lows tested over the last weekend.

For ETH there is ample room for manoeuvre, even downwards, which in the medium term could sustain the decline now supported by previous lows in mid-March, more than 30% away.

Even a double-digit bearish movement would not pose any concern due to the rises in recent months.

A return above $600 would give new confidence. A confidence which, especially for Bitcoin, remains at an all-time high.

Previous article The CEO of SoftBank has sold his Bitcoin to avoid distraction
Next article Diem (formerly Libra): David Marcus confirms the launch in 2021