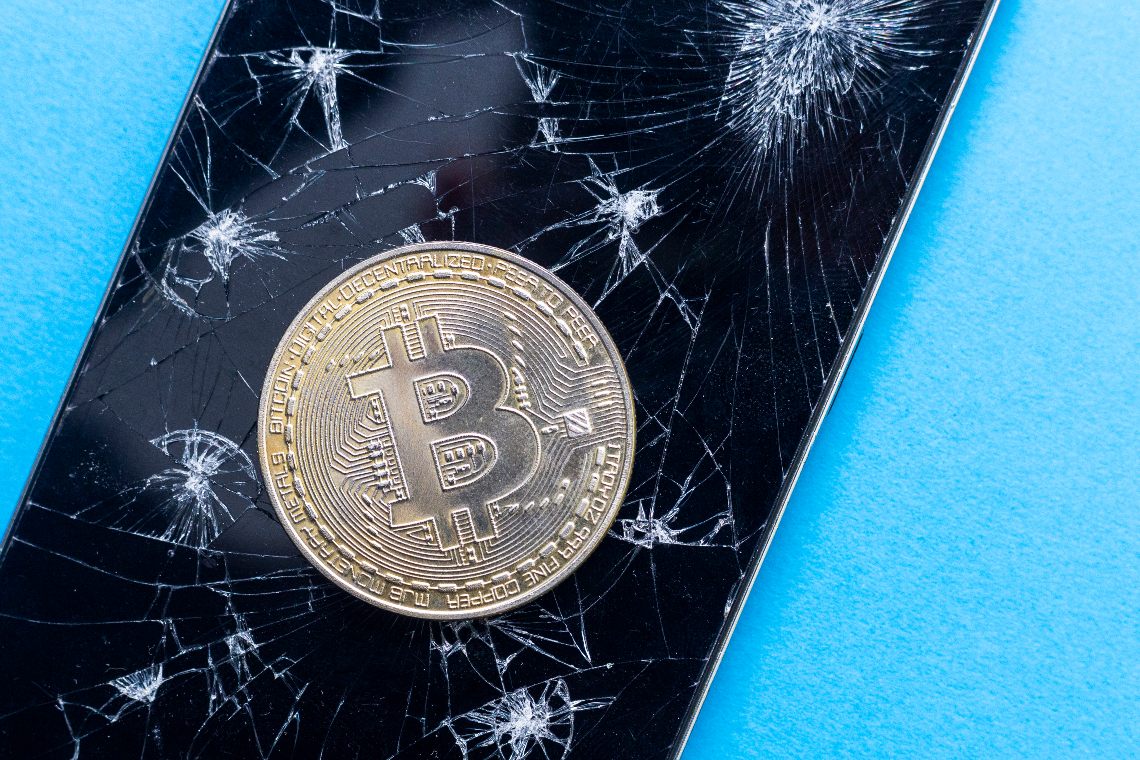 Whales could bring down the price of BTC

The price of bitcoin (BTC) could go down, this is revealed by the analysis of the deposits on exchanges of the so-called whales.

“Whales” refers to the large operators on the market, able to buy or sell huge amounts of BTC influencing the market, and therefore the price.

An analysis by the CEO of CryptoQuant, Ki Young Ju, reveals that since early December, the bitcoin sent by whales to exchanges have increased, probably to be sold. 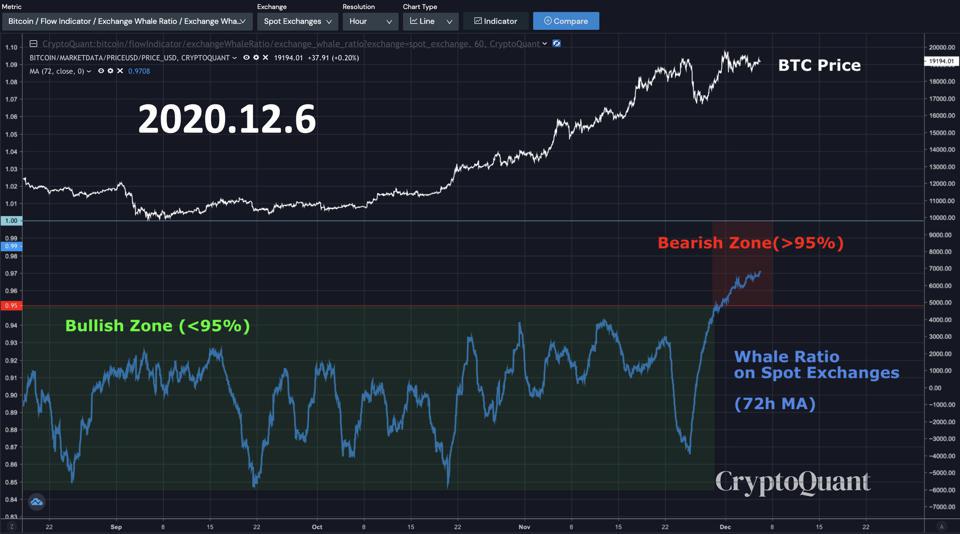 This could lead to strong sales, which could drive the price down.

Ki Young Ju argues that a bearish phase has been triggered in the short term, as historically when the Whale Ratio indicator of BTC held on spot exchanges exceeds 95% the market is prone to be bearish or to lateralize.

The Whale Ratio measures the percentage of deposits on spot exchanges that comes from the top 10 depositors in terms of volume.

The 95% Whale Ratio means that 9.5 out of 10 BTC deposited on spot exchanges these days came from just ten depositors.

Whales generally do not keep their bitcoin on the exchanges, but withdraw them after buying them, and deposit them to sell them.

So if they have increased their deposits these days it means that they are thinking of selling them.

The price of Bitcoin without whales

However, it should be specified that these are short-term predictions, i.e. they only take into account what could happen in the coming days, or at most in the coming weeks.

Historically, when there were significant price increases for bitcoin in November, these lasted until around mid-December, followed by a drop by the end of the year.

Therefore the current scenario would seem to be able to follow that of previous years, if only until the end of the year, while with the beginning of the new year the trend could change again.