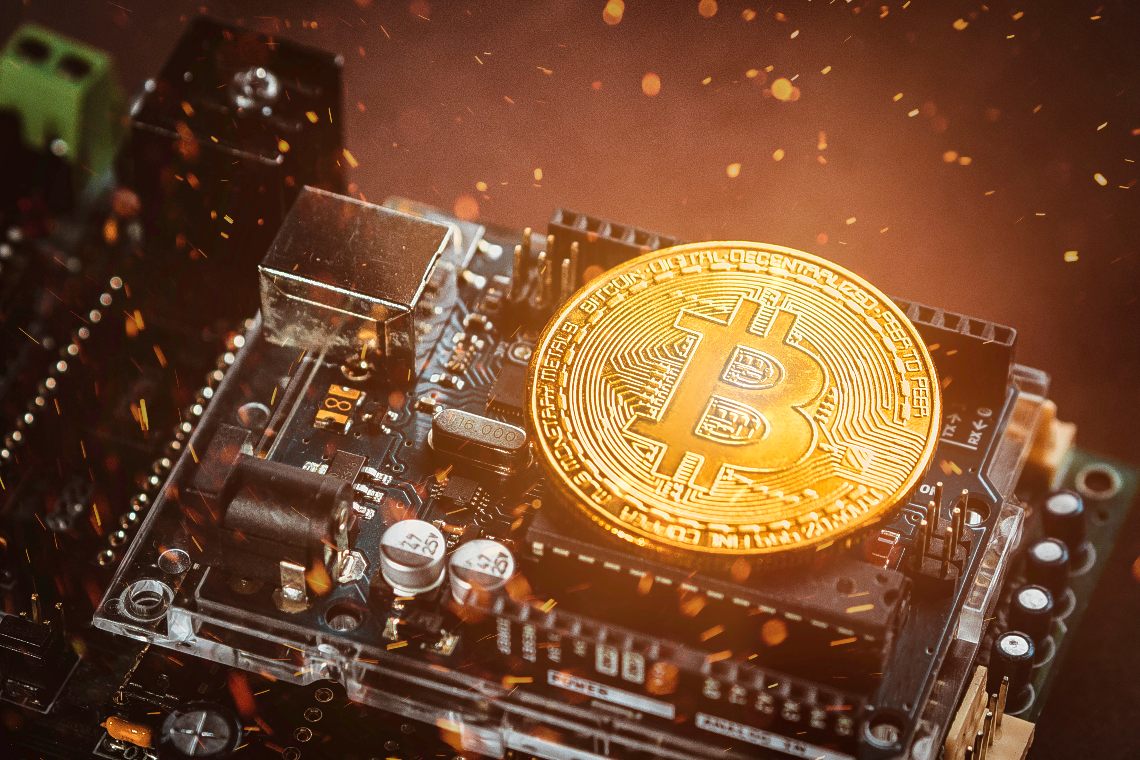 How do you mine bitcoin

How do you mine bitcoin? The idea of obtaining bitcoin as a reward for doing a job may sound appealing at first glance, but in reality it is much more complicated than it might seem to the uninitiated.

Firstly, in order to mine bitcoin, you need to find the hashes that validate a block.

It usually takes 10 minutes for one of these hashes to be discovered, so a block is usually mined every 10 minutes. The miner who manages to find the hash that validates a block is currently rewarded with 6.25 BTC created specifically for this purpose.

This is where the problem arises. Since bitcoin mining is a competition, where only the first miner to validate a block is rewarded, such a high reward justifies a very high investment in machines that can discover the hashes before the others.

These machines, which are necessary to mine bitcoin, have the very purpose of discovering the hashes that validate blocks. They do this by randomly generating many billions of hashes per second and examining them one by one to see if one of them validates the block.

These are not trivial machines, and it takes a lot of them to have any real chance of mining even one block.

There are therefore two ways to actually mine bitcoin: either you equip yourself with a large number of these machines and invest a lot of money, or you join forces with other bitcoin miners and share the revenue.

In the second case, one participates in so-called pools, i.e. very large groups of users who combine the computing power of their machines and share the revenue in proportion to how much computing power they have contributed.

In both cases, in addition to the hardware, it is also necessary to have the appropriate software, which differs. That is, those who mine alone must use a specific software compatible with the Bitcoin protocol, while those who mine in a pool must use the software provided by the pool.

It is worth noting that, depending on how the machines are configured, they may have more or less computing power, so owning and running them is not enough: one must also optimize their configuration. This last activity is very difficult for non-experts.

Finally, it must be said that these machines consume large amounts of electricity, and if the cost of the latter is not low, there is an easy risk of mining at a loss, i.e. not earning enough to cover all expenses.

So while in theory all it takes to mine bitcoin is to get the right machines (usually ASICs), set them up and use the right software, in reality it is very difficult to do so profitably.

How to mine Bitcoin with cloud mining

However, there is also a third way. This is called ‘cloud mining’, i.e. renting the necessary equipment from a third party.

Although cloud mining may seem a much easier way to go, it presents two problems.

The first is that, unfortunately, the companies that ostensibly offer cloud mining services are often fraudulent. That is, they do not actually rent anything, but merely take money from users.

These companies can often be recognized because they promise returns that cannot be guaranteed in any way with real mining, and because they claim to provide a “turnkey” service, i.e. without asking the user to do anything other than sending the money.

In the case of legitimate cloud mining companies, not only is there no promise of returns, since mining is a competition in which one can easily lose, but they also usually require the user to configure the service parameters himself. In other words, they leave it to the users to fine-tune the configuration of the machines they rent, which implies that only experienced users are able to use the service profitably, i.e. generating more revenue than the rental costs.

By now, as is quite clear from the above scenario, bitcoin mining is an activity only for real experts.

Previous article What can I buy with Bitcoin?
Next article Top 5 scams in the Bitcoin world