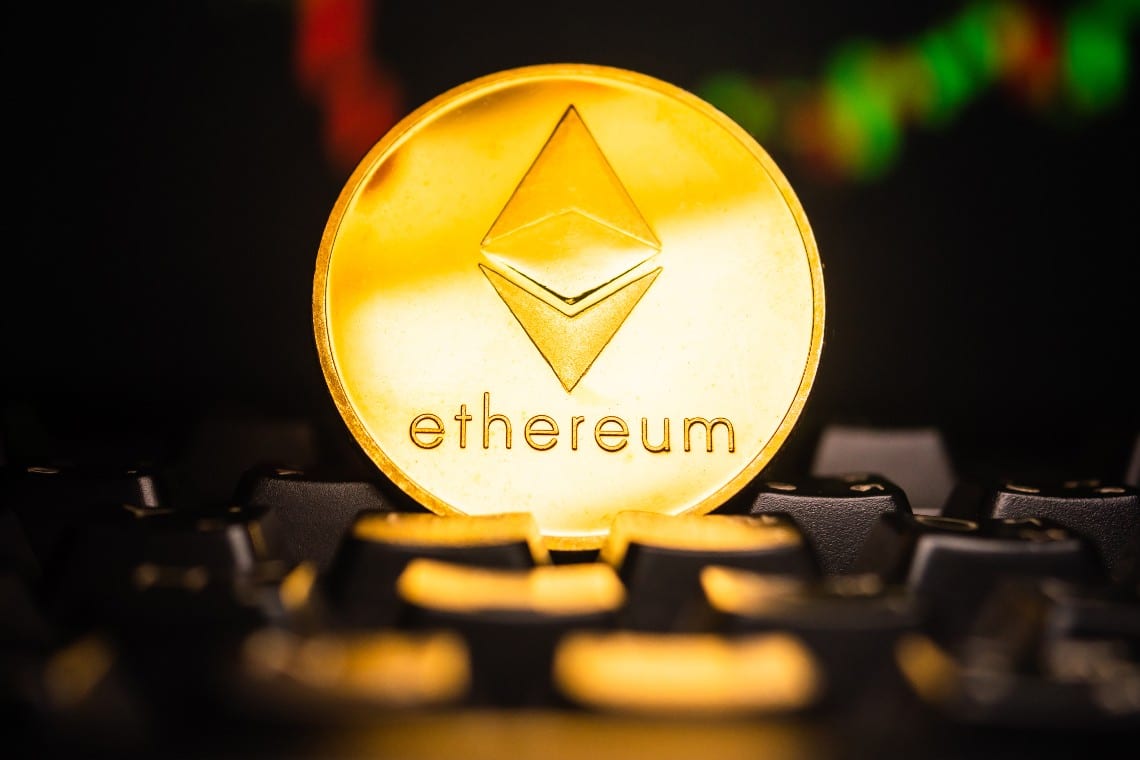 Ethereum has made a big leap to the top of the charts, showing a rise this morning, with prices surpassing the year’s highs and setting a record for the last three years. In fact, for Ethereum, prices are one step away from $1,400, and is now seeing the all-time high set in January 2018, when it reached $1,424 for the first time.

Ethereum confirms that it is in the midst of an altseason that began at the turn of the year, an altseason validated by today’s rise. Ethereum today rose more than 12% to $1,390.

Among the big players, Litecoin (LTC) is performing better, rising more than 14%, although the price, at $165, is still slightly below the highs of the beginning of the year when it peaked at $185 on January 10th, the highest level since March 2018.

Although Polkadot (DOT) is now retreating by more than 1% , it does not detract from the strong rise that has characterized the performance of DOT over the past period. The gain for Polkadot since the beginning of the year is 160%.

The best of the day is Enjin Coin (ENJ), which along with Ampleforth (AMPL) both gained over 25%.

The Graph (GRT), yesterday’s best, is catapulted as today’s worst with a loss of 11%, the only one today with a double-digit decline.

With today’s preponderance of positive signs, the market cap continues to climb, coming in at $1.045 billion.

Bitcoin’s slow performance caused it to lose market share, dropping to 65%, its lowest level since early December. Ethereum, which moves beyond 14% dominance, reaches its highest level since August 2018. XRP keeps on losing dominance, currently at 1.3%.

DeFi’s total value locked this morning exceeds $25 billion for the first time, thanks to the strengthening of Ethereum’s value and a confirmation of the growth of ETH and BTC tokens, which users decide to lock on decentralized finance projects.

Maker remains the leader with 4.6 billion, Aave regains the second position with 3.5 billion, followed by Compound at 3.2 billion. Uniswap drops below 3 billion after yesterday’s exploit, slipping to 4th place among projects with the highest TVL.

Bitcoin continues its rebound within the triangle. As the hours go by, it becomes more and more important to follow the exit of prices upwards above $37,700 (this morning’s levels) and downwards below $36,000, an area tested several times yesterday. Volumes are necessary, which for three days have been low.

Ethereum (ETH) price on the rise but without volumes

Volumes are a condition to be followed carefully in the coming hours. In fact, the rise of these hours of Ethereum sees volumes in contraction and this is not a positive signal for the current movement. One of the main rules in fact is that a trend, in this case to the rise, must be accompanied by purchasing volumes.

In any case, ETH prices have set records that have not been reached for 3 years, and this is a very positive signal that confirms the upward trend that has been characterizing Ethereum for 10 months now.

For the time being, Ethereum, who is leading the altcoin rise, would only start to show weakness if prices fall below $1,100. That means a drop of more than 20% from this morning’s levels.

Previous article JP Morgan, bearish prediction on the price of Bitcoin
Next article Bitcoin: a biblical message at block 666,666