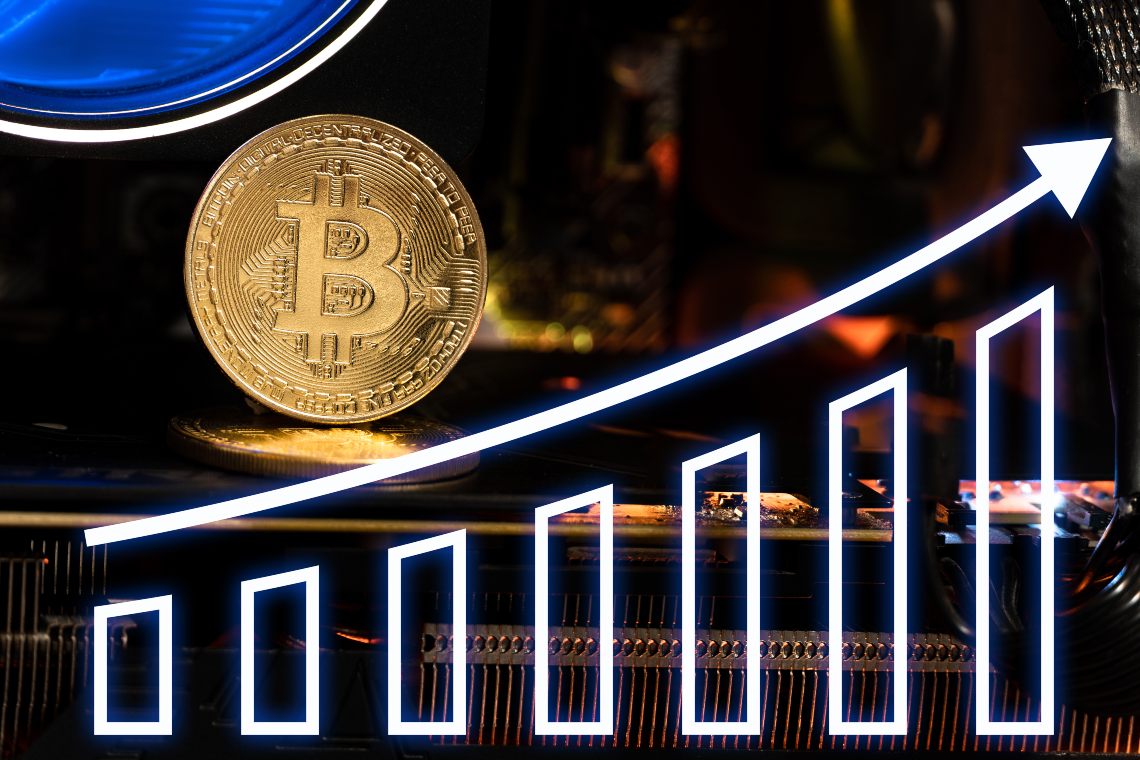 This week, which started with uncertainty and had seen the first three days a contraction in volumes, suddenly put in a climb that is among the best intraday rises in recent years for Bitcoin.

It all started in the early hours of the day with Elon Musk‘s tweet, which was probably related to him changing his autobiography on social media to include the magic word Bitcoin.

A few minutes later, the price began to rise, and at the time of writing this article, it has risen to nearly $39,000, with a daily performance of over 20%.

To find a movement of such intensity for Bitcoin one has to go back to the beginning of April 2019, when the price of Bitcoin hovered just above $4,000 going to $5,000.

On that day the intensity of the performance exceeded 20%, retreating just hours before the closure and ending with a daily gain of 18%.

What is happening today is part of the tweet frenzy that is characterizing the financial world and not only that of cryptocurrencies. It all started 3 days ago as a result of the Gamestop fever that since yesterday has also affected the cryptocurrency sector.

This is still evident today not only for Bitcoin but also for Dogecoin. DOGE’s rise was triggered by a tweet from the founder of the subReddit group WallStreetBets, who yesterday provoked with a question: whether Dogecoin’s quotations had ever reached $1. This tweet is still influencing the fluctuations of Dogecoin which today stands at $0.05. The rise raises Dogecoin’s capitalization to 10th place among the largest capitalized coins.

What’s been happening in the last few hours sees Coinmarketcap’s website put the WallStreetBets (WSB) ticker and meme at the top of the list with a hypothetical price of over $480.

Bitcoin also up on a weekly basis

Today’s rise reverses the course of the week, bringing the performance of most tokens back into positive territory. Since last Friday’s prices, Bitcoin has gained more than 17%, outperforming even Ethereum’s weekly performance, which is still in good shape, coming within a hair’s breadth of last week’s all-time highs.

The total market cap also benefited, jumping back above $1,050 billion.

Volumes also soared with a daily jump of over 40% and total trades close to $700 billion in 24 hours.

Bitcoin has regained 65% of its dominance, pushing Ethereum’s dominance down to below 15%, its lowest level in seven days. 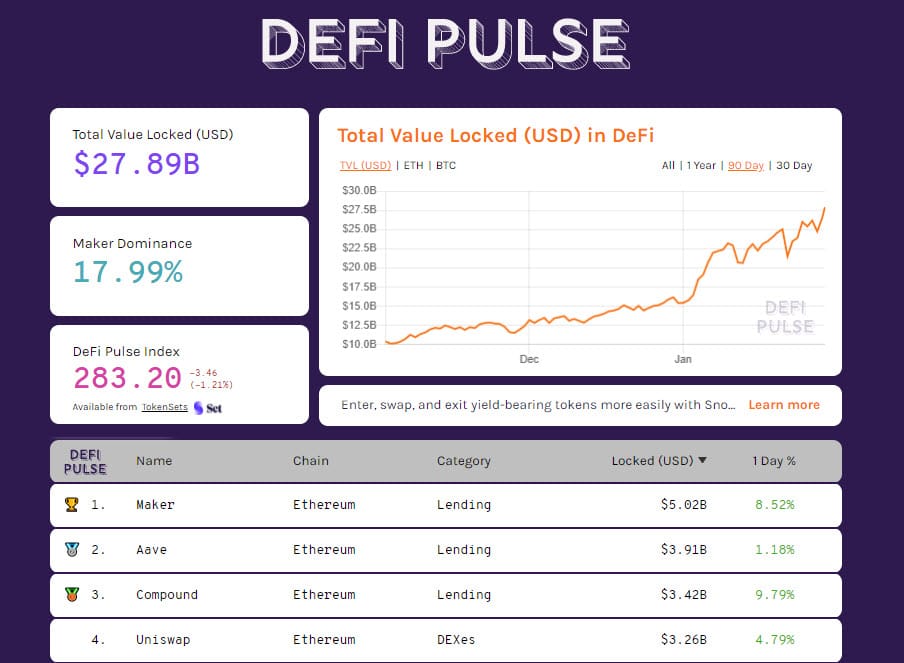 The total value of collateral locked in decentralized finance tokens is also rising sharply, topping $28 billion. This is due to the number of tokenized bitcoin that in the last 10 days have increased by more than 50%, exceeding in these hours the threshold of 44,500 BTC, an event that affects the TVL and that brings for the first time Maker, leader of DeFi protocols to rise above $5 billion.

With the ascent of the last 24 hours, Bitcoin recovers 75% of the decline it had accumulated since the highs of January 8th. A hot weekend opens up that could hold some surprises. The basis for closing the week on a high note is evident, with prices closing above $38,500, which would undo the red closures of the previous two weeks.

However, we must not forget the danger of daily volatility on a monthly basis, which continues to set new highs since April 2020, with peaks of over 5.5%.

It will be interesting to wait for the weekly closing levels on Sunday evening.

Ethereum also on the rise

For Ethereum there is only confirmation: the rise of the last few hours brings the quotations above $1,400 and strengthens the uptrend even in the short term. Now it becomes important to understand the intentions of the bullish players.

It is necessary to find confirmation of volume support. A break of the recent historical highs at 1,480 dollars would send the price of Ethereum above 1,500 dollars, an area where there are important open derivative positions in options to hedge the rise.