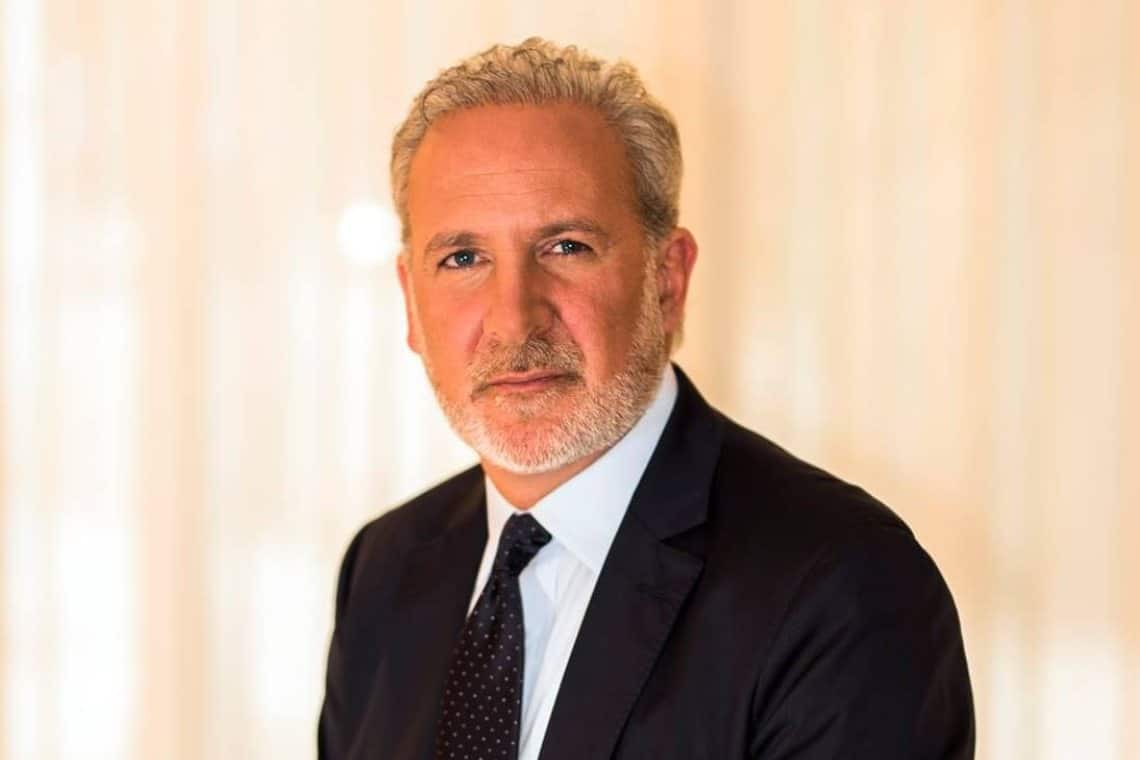 The curious battle between Peter Schiff and his son about Bitcoin

Peter Schiff’s son has gone “all in” on bitcoin. This has been reported on Twitter by Peter Schiff himself, who comments saying:

“If my own son is this brainwashed imagine how vulnerable most kids are. He’s HODLing to infinity or bust”.

My son @SpencerKSchiff went all in on #Bitcoin on the last drop below $50k. 100% of his portfolio is now in Bitcoin. He sold the last of his #silver stocks to raise the cash. If my own son is this brainwashed imagine how vulnerable most kids are. He's HODLing to infinity or bust.

Peter Schiff is a big supporter of gold, and at the same time a big detractor of Bitcoin.

His son Spencer, who is not a child as he is of age, is a big supporter of Bitcoin.

The two often bicker publicly on Twitter, like when Spencer explicitly called his father a “grumpy old man” for daring to claim that the only value of BTC is what bitcoiners give it.

In another tweet, Spencer literally trolled his father by telling him that he even uses his criticizing tweets as signals to buy BTC.

We sure will. What a great time to stack sats (using your tweets as buy signals, of course).

In yet another Spencer revealed that his father just can’t stop tweeting about bitcoin, suggesting between the lines that he is obsessed with it, while in another he quoted Luke Skywalker, from Star Wars, telling his father, Darth Vader, that his thoughts betray him.

You’re the one who’s on the dark side! Don’t worry, there’s still time for you to join the good guys. pic.twitter.com/Yt0W97vaWi

The conflict between Peter Schiff and his son Spencer over Bitcoin

While this publicly flaunted family conflict seems a bit excessive, Peter Schiff is really coming off as a boomer trolled by a digital native.

Moreover, the price of gold has been falling for seven months, from $2,000 an ounce at the beginning of August 2020 to $1,700 today, while the price of bitcoin has risen by 370% in the same period. This makes Peter Schiff’s stance on his son’s choices almost laughable, and however risky they may be, they are evidently proving to be better than his father’s for the time being.

It is therefore also possible that at the root of Peter Schiff’s hostility towards Bitcoin there is this family conflict with a son who seems not to want to hear reason, and seems to want to oppose his father’s wishes and suggestions, seeing him as just a “grumpy old man”.

In fact, there are already several former Bitcoin detractors who have changed their minds and shown a real interest in this new financial asset, while Peter Schiff seems to want to imitate the “Japanese” who refused to admit that the war was over, even after the emperor had declared defeat. In any case, the fact that his son takes this opportunity to mock him publicly certainly does him no credit.