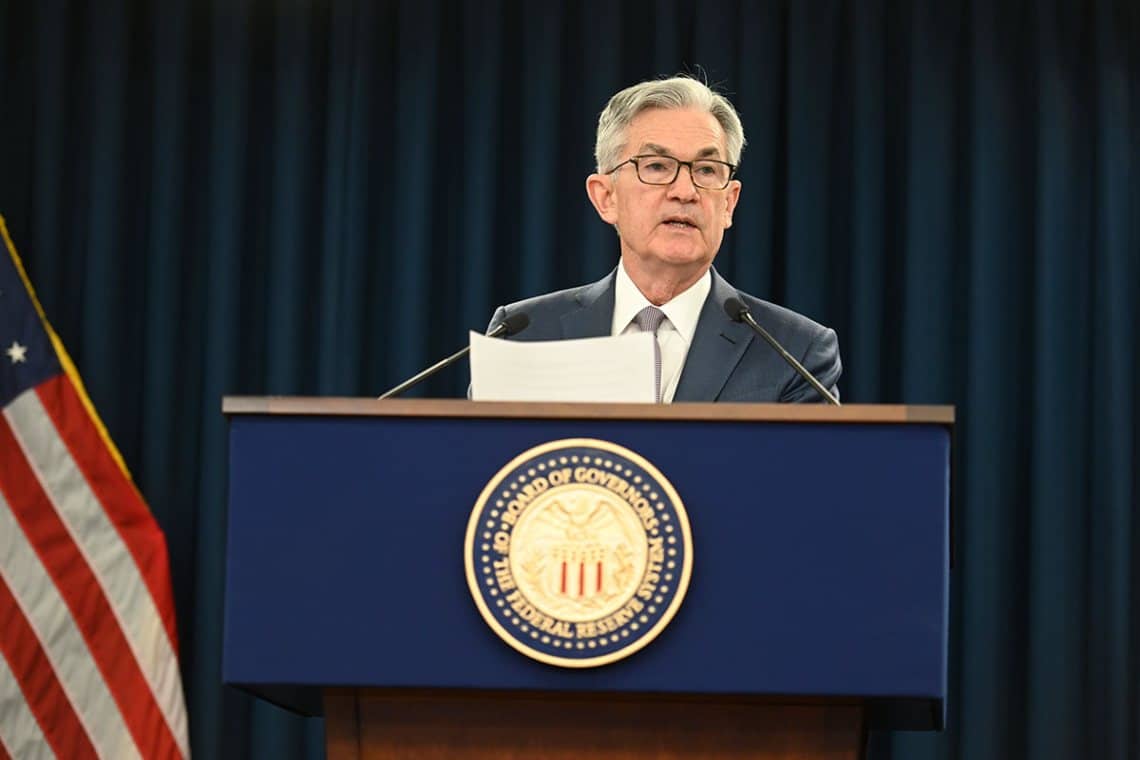 Bitcoin can replace gold but not the dollar, according to Jerome Powell, chairman of the Federal Reserve.

Yesterday, during an event organized by the Bank of International Settlement, the head of the US central bank spoke about the queen of cryptocurrencies:

“It’s more a speculative asset that’s essentially a substitute for gold rather than for the dollar”.

According to Jerome Powell, Bitcoin cannot replace the dollar because it is volatile, it is not backed by anything, it is used more for speculation than as a means of payment.

He then reiterated, referring to cryptocurrencies:

“They are more of an asset for speculation. They are also not particularly in use as a means of payment”.

Jerome Powell’s remarks predictably shook the market. Bitcoin has been falling since yesterday. After returning to the $60,000 mark yesterday, Bitcoin is now down almost 6% to below $55,000.

As always, Bitcoin is dragging behind the rest of the sector where red signs are prevalent with a few exceptions (including Ripple which is up 11% today, almost as if investors are giving it confidence, regardless of the problems with the SEC).

Jerome Powell also spoke about the digital dollar, reiterating that the US is in no hurry to release it (despite China’s speed):

“To move forward on this, we would need buy-in from Congress, from the administration, from broad elements of the public, and we haven’t really begun the job of that public engagement,” the Fed chair said. “Because we’re the world’s principal reserve currency, we don’t need to rush this project. We don’t [need] to be first to market”.

In short, although some details of the project might be revealed in July, the release of the “Fedcoin” will not be that quick.

Finally, the chairman of the FED also partially rejected stablecoins, arguing that although they have a role to play, he considers it unlikely that they could constitute a global payment system. Not least because, he concluded, any private individual who wants to create their own currency will have to expect a high level of regulation.