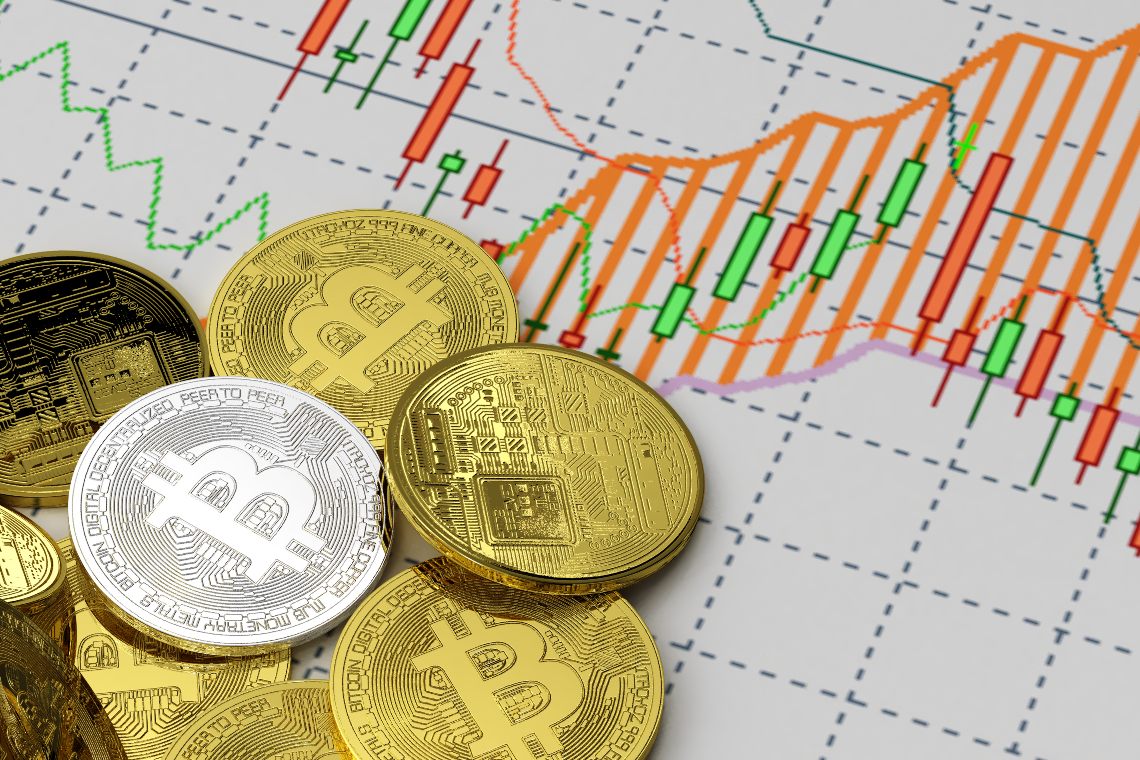 More than 90% of the top 100 capitalized cryptocurrencies are below par, a decline that has hit Bitcoin and drags down the entire ecosystem.

Filecoin is on the podium of the day’s best risers, surpassed only by PundiX (NPXS) which is up 26%.

Filecoin, with the rise of the day, goes above $95, thus going to attack the historical highs of March 17th, when it touched $100.

Algorand, which did not benefit from yesterday’s news, was not spared from the declines either, falling 10% on a daily basis and returning to test the value of $1, the lowest level since the end of February.

The general setback causes the market cap to fall by more than $150 billion and in these hours it is back to $1.65 trillion, the lowest level since the first week of March, with Bitcoin dipping back below the psychological threshold of $1 trillion and falling back below 60% dominance. The declines of the last few hours increase volumes above $460 billion, a 20% increase from yesterday’s levels.

In the last 24 hours, Bitcoin has traded over $13 billion on major exchanges, the highest peak in 10 days. The same goes for Ethereum, which trades above $5 billion. 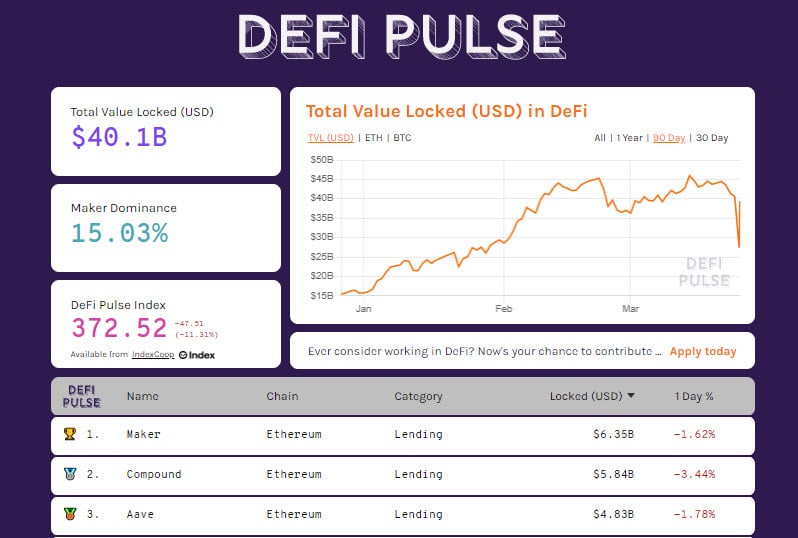 Declines have not spared decentralized finance, which in the last few hours has seen a sharp fall in the total value locked, losing more than $17 billion from yesterday’s highs, only to immediately recover and return above $40 billion. This is a movement that has caused concern among users, with many automated closures of leveraged positions. In fact, in addition to the strong outflow of tokens locked in decentralized projects including Ethereum and Bitcoin, the main tokens of the DeFi projects are also down: Aave (AAVE), Uniswap (UNI) and SushiSwap (SUSHI) are down more than 10% in the last 24 hours.

With the fall of the last few hours, Bitcoin plunged back below $53,000, the lowest level since March 8th, a 16% drop from the highs recorded on March 13th.

It is a movement that breaks down the dynamic bullish trendline that had accompanied the movement since the end of January. This condition triggers the first warning of a possible trend reversal. It is necessary to monitor the holding of the medium-term support of the 50,500 dollars that coincides with the relative highs of the beginning of the month.

The drop in recent hours brings the prices of Ethereum to test the $1,550, a level that coincides with the dynamic bullish trendline that joins the rising lows from the end of December.

For Ethereum too, it is necessary to monitor the holding of the day’s lows.

Previous article CBOE could relaunch futures on bitcoin
Next article Bitcoin: how to apply the DCA strategy to BTC