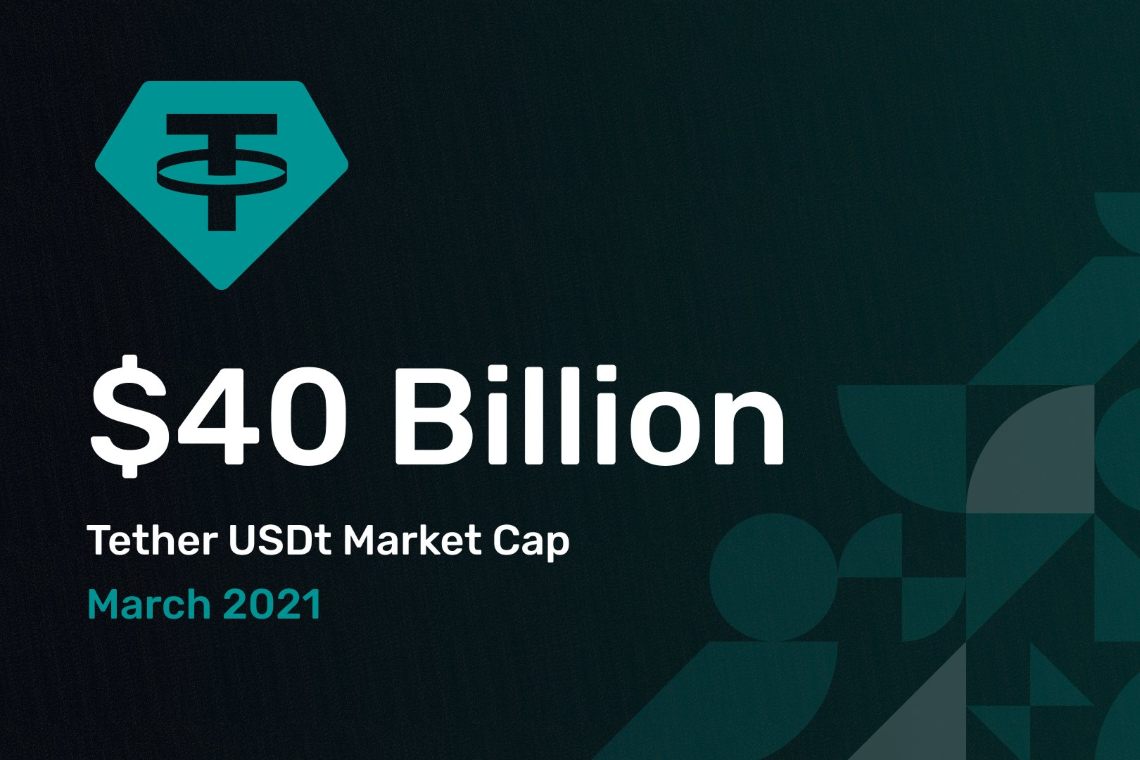 Yesterday, the market cap of USDt (Tether) crossed $40 billion for the first time.

According to Tether Operations Limited, the company that manages the stablecoin, a significant increase in institutional and corporate demand lies behind this further increase.

Tether has just surpassed a $40B market cap! 🎉

Stay up to date on our official Telegram channel ⬇️https://t.co/137b5oOauU pic.twitter.com/DTZ0aO8Cm0

In fact, among the $19 billion added as of January 1st, 2021, the lion’s share of the demand for USDt has come from institutional and corporate activity, generating a market cap increase in line with the entire market capitalisation of all other stablecoins combined.

The USDt market cap has now been growing almost steadily for many months. It only slowed down in the second half of January and at the end of February, but the rest of the time it has been increasing almost daily.

USDt is thus consolidating its role as the reference stablecoin in the crypto sector, so much so that it holds a 65% dominance over the total market capitalisation of all stablecoins to date.

It also continues to dominate exchanges, with a volume of around half of the total, and 64% higher than that of bitcoin, for example.

The company also claims increased use of the token within innovative projects in the digital token ecosystem, including those in decentralized finance (DeFi).

The presence of USDt in the e-commerce and payments sector is also growing, particularly as it can offer lower transaction fees than fiat currency payments.

“Crossing US$40 billion represents an important milestone for Tether. Our growth reflects the pivotal role Tether plays in the overall digital token ecosystem. People like using Tether. Whether you are a trader, developer or part of the growing numbers using Tether for payments and remittances, there are myriad benefits to using the most liquid, stable and trusted stablecoin”.