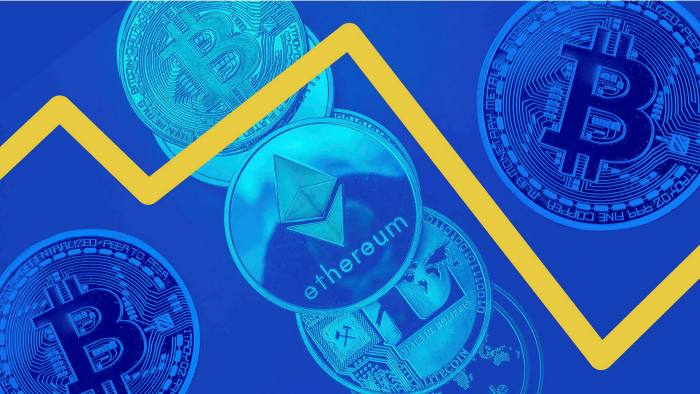 Bitcoin: prices down. Worst week of 2021

The week is set to end on a negative note for Bitcoin, while altcoins are managing to contain the bearish move that has been holding the bull’s recovery attempts in check for a week now.

Should prices remain at current levels over the next two days of the weekend, it will be the worst week for bitcoin since the beginning of the year.

Previously, only the last week of February had seen declines of more than 20%.

In the case of Ethereum, however, the drop in the last few hours spoils the celebration of the new absolute records set yesterday, but does not break the positive trend that has accompanied the bullish price structure since the beginning of November.

Should prices hold above USD 2,200, it would be the fourth consecutive week with a positive close. This has not been the case for Ethereum since last December.

There are few other positive weekly sales among the major altcoins. Solana (SOL), one of the alternative blockchains to Ethereum, is performing very well and is currently posting new all-time highs with prices above 40 USD and a double-digit weekly gain.

Monero (XMR) has also performed surprisingly well, bucking the trend of the other main privacy coins, rising above USD 4,500 and posting a gain of over 25% since the start of the week. Since the beginning of the year, Monero’s performance has exceeded 550%.

On the opposite side, XRP disappoints, falling from the highs reached last week and losing more than 50% of its value and revisiting the levels of the beginning of the month, undoing all the gains accumulated in the central days of April.

Total collateralized value on DeFi is back below $54 billion, the lowest level in ten days. This is due to the loss in value of both Bitcoin and Ethereum, the tokens most commonly used as collateral in decentralized finance protocols. In fact, both the number of Ether and Bitcoin remain unchanged.

This is a sign that users have not been frightened by the declines nor are there any excess closures due to lack of margining of collateralized positions for open loans.

After more than a month, Bitcoin’s capitalization falls below $1 trillion. The price revisits $47,500, levels of early March, slipping more than 25% of the Fibonacci retracement from the October lows and recent highs. It is necessary to wait the next few days to understand where the decline will find the basis to attract purchases again and develop a rebound in line with the beginning of the next monthly cycle useful to evaluate the structure of the current six-month cycle.

Ethereum has fallen by 20% in less than 24 hours. A lunge that does not undermine the bullish structure that for over four months confirms the strength of a trend that began last fall. In the medium term, it is important to follow the holding of 1,900 USD, which is about 20% away from current prices.

Previous article You Still Have a Chance! Use This Bot Trading Strategy to Triple your Bitcoin
Next article Blockeras: the new bartering in blockchain