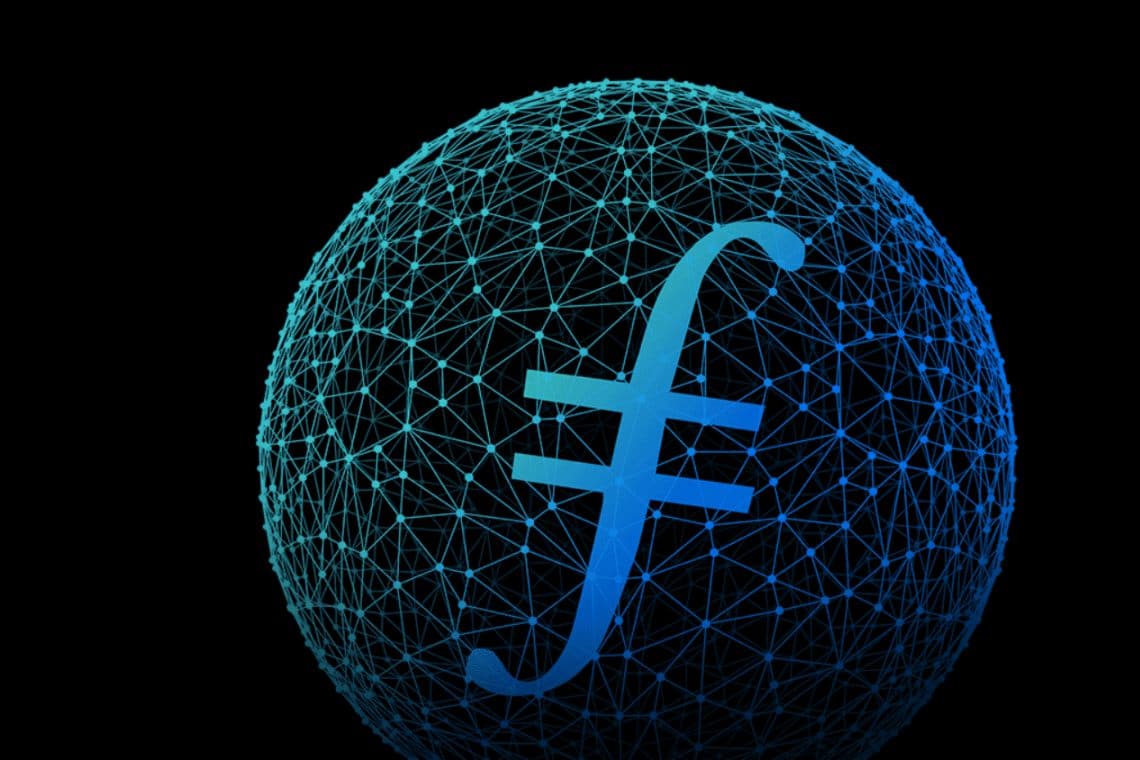 Filecoin: what it is and how this cryptocurrency works

Filecoin (the name of the cryptocurrency is FIL) is a P2P data storage network that allows users to trade disk space in a decentralized marketplace on the blockchain. Created in the year 2017 by Protocol Labs, the same team behind IPFS, it has funded itself through one of the largest ICOs having raised over $250 million.

The ease of use and popularity of cloud data storage has led to the growing adoption of this technology, both for casual users and businesses with large storage needs. This has led to the emergence of huge centralized silos of data managed by technology giants such as Amazon (with its AWS and S3 services), Microsoft, IBM and Google. However, this centralization in the hands of a few players poses systemic risks to the entire internet infrastructure. Every time there is an outage of AWS services, a large part of the web is affected.

The decentralization of cloud storage through P2P networks can have a major impact on this sector. The goal of Protocol Labs, Juan Benet’s start-up, is to support web3 through IPFS and Filecoin, the basis for a P2P infrastructure. Potential advantages are lower cost, network resilience, data speed and last but not least, censorship resistance. The latter is a growing problem, with YouTube channels often being blocked for no real reason.

How does Filecoin work

Filecoin is based on IPFS, a protocol for storing distributed data. IPFS is based on the experience gained over the years from different protocols such as HTTP, FTP, BitTorrent etc. Nevertheless, although fantastic from a point of view of storage decentralization, IPFS lacks an incentive layer.

This is where Filecoin comes in, essentially providing a layer to encourage the use of IPFS. The Filecoin blockchain stores the hash address generated by IPFS in a smart contract. To retrieve the file, all one has to do is find the hash address from the blockchain and query IPFS for the relevant file. Filecoin then acts as a ledger for FIL transactions and Filecoin wallet address balances, and stores the agreements made between the miners storing customer data and the customers who requested the storage of that data.

To protect the network from attacks, in addition to their commitment to provide storage capacity, miners must hold a certain amount of FIL tokens. In this way, an attacker not only has to have the hardware resources but also a sufficient number of tokens, making attempted attacks economically disadvantageous.

Users who wish to store certain data on the Filecoin network must pay a miner to do so. The storage price is determined in an open market where miners compete with each other to offer the lowest price. For this reason, Filecoin should offer more competitive prices than centralized services such as Dropbox, Amazon, etc. etc.

The protocol fragments the data before storing it, so that a malicious user trying to access files stored on the network only sees meaningless data. The more storage space miners offer the network, the greater the chance of receiving a reward.

Filecoin uses two new types of evidence to verify that miners are actually storing the data they claim to keep. Proof of Replication (PoRep) shows that a miner has indeed stored the unique copy of customer data, while Proof of Spacetime (PoST) shows that a miner has been storing data for the agreed period of time. If miners provide this evidence reliably and provide the storage space they have committed to, they can create new blocks on the Filecoin blockchain and receive the network reward and transaction fees.

These proofs allow users to trust the miners. Filecoin’s storage market is thus similar to a financial market where users can bid and ask for bids, allowing storage space to be exchanged and providing an incentive to those who provide it.

The incentive system seems to work: according to statistics from the file.app portal, Filecoin data storage of 1 GB per year is currently 23627% cheaper than Amazon S3 (infrequent data access). However, there are several users who question the validity of these calculations.

The project is in direct competition with Amazon Web Services, Google’s Drive, Dropbox, and all other centralized storage services. Its direct blockchain competitors are Sia (SC) from Skynet, NeoFs (NEO blockchain), Swarm (Ethereum), Storj and Safe Network. Each with its own peculiarities, these projects represent a major innovation in cloud storage. However, the full range of potential application scenarios is at this moment still experimental.

Filecoin is an infrastructure for the dApps that will use its technology. The development of these decentralized applications is supported by the incentives provided by the project.

Slingshot is a competition for developers and storage clients that rewards the storage of real and valuable data on its network, which has so far attracted 167,559 offers on the network. Another incentive programme is Filecoin Launchpad Accelerator II, a programme designed to help startups create tools, infrastructure and applications for the web3.

Some open-source storage systems built on Filecoin are Slate, Starling and Livepeer. Slate is dedicated to end-users and seeks to make it easy to store and share files. Starling, on the other hand, is designed for use in archiving environments, where the ability to prove the authenticity of a file over time is of paramount importance. Livepeer is a decentralized video storage and live streaming protocol based on Ethereum’s blockchain, which launched the file.video platform with Filecoin.

These dApps facilitate the use of the Filecoin network and over time should attract more and more users, increasing the number of storage agreements on the network. More applications are expected to arrive during this year with a positive impact on the development of the ecosystem.

The team is also putting a lot of emphasis on integration with other blockchain projects such as using Chainlink to connect with Ethereum, integrating MetaMask and supporting NFT videos through collaboration with VideoCoin. The growth of its ecosystem certainly also depends on how many other projects start using its network.

However, the economic model suffers from several problems, first of all, the volatility of the FIL token, which does not allow for a storage cost. The governance of the protocol is managed entirely by Protocol Labs, at a time when all blockchain projects are moving to DAOs. The roadmap is not clearly defined, but perhaps this is due to the fact that Filecoin is just one cog in the ecosystem that Protocol Labs intends to create.

One must also consider that many details about this project are still being worked out. The launch of the mainnet got off to a very positive start by offering the largest amount of storage space of any existing decentralized data storage provider, combined with the growth of its ecosystem.